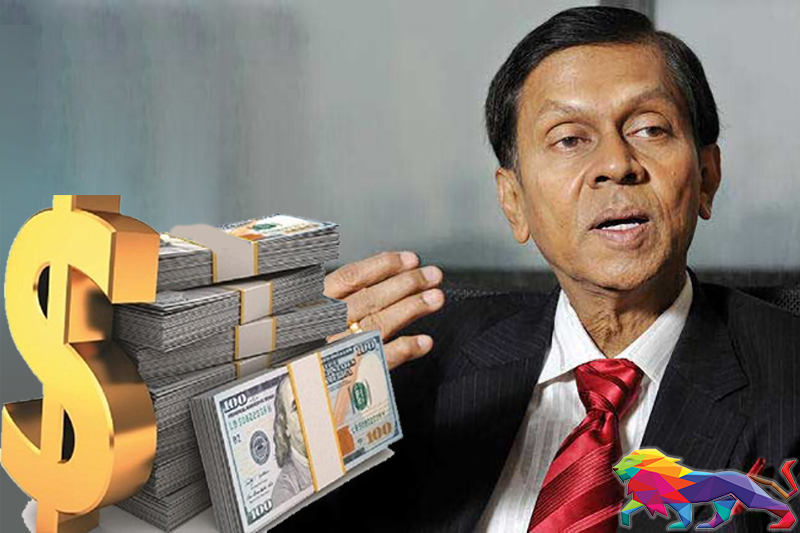 Posting on Twitter, Cabraal said that the official reserve position of the Central Bank will remain around that level by the end of 2021 as well.

“In keeping with our previous announcements, the official reserve position of the CBSL has today reached approximately USD 3.1 billion and will remain around that level by end 2021 as well,” he tweeted. 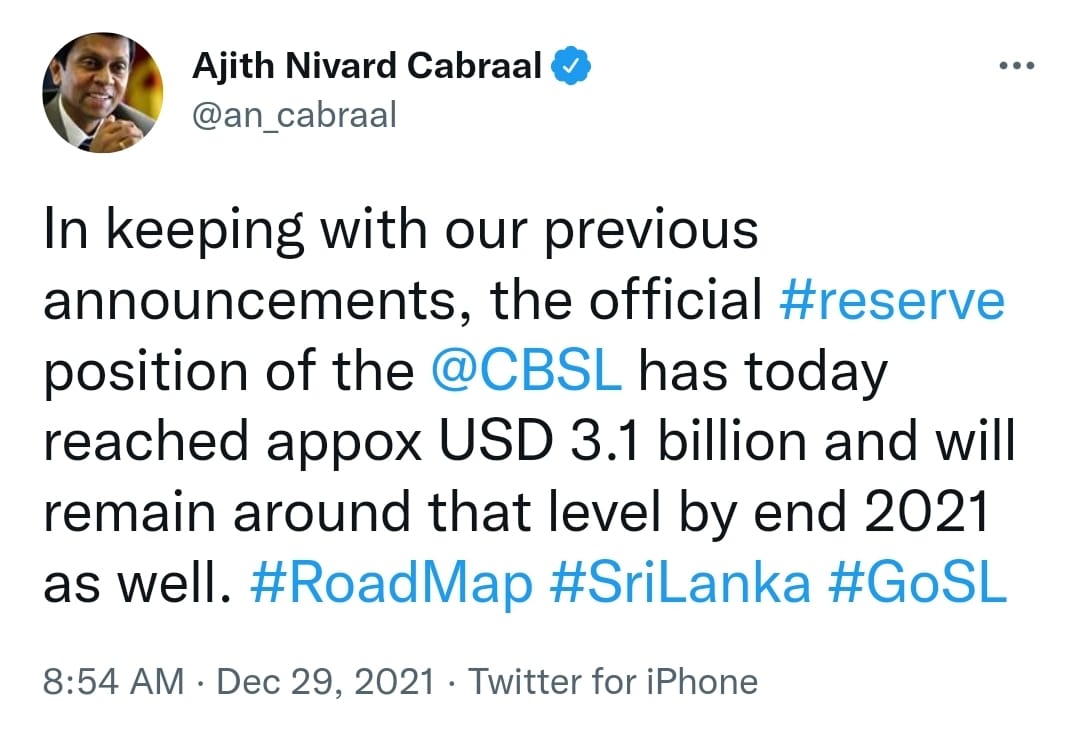 Meanwhile, the Additional Director General of the Department of Government Information Milinda Rajapaksha recently revealed that Finance Minister Basil Rajapaksa's visit to India was successful and that India had agreed to provide a USD 2 billion credit line to Sri Lanka.

'Lanka Leader' reported on December 20 that Sri Lanka may draw down on a 1.5 billion US dollar equivalent swap with the People’s Bank of China.