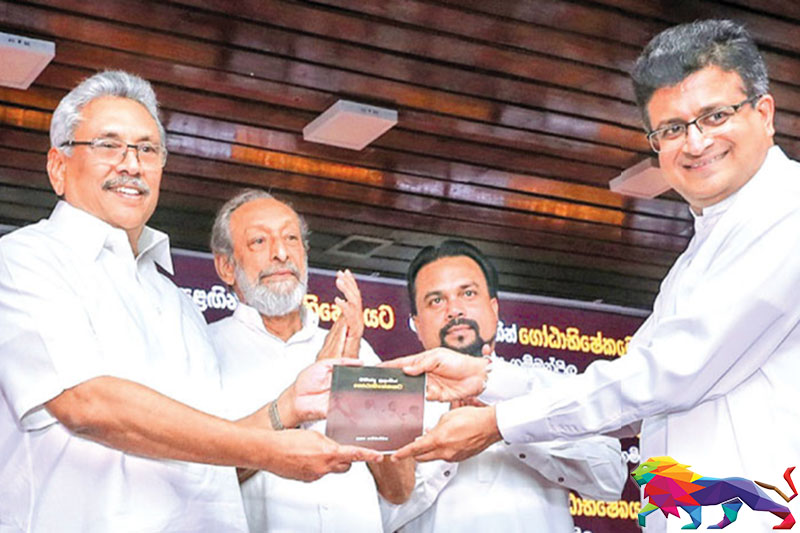 President Gotabaya Rajapaksa says that he has no intention of removing Ministers Wimal Weerawansa, Vasudeva Nanayakkara and Udaya Gammanpila for having different views regarding decisions taken by the Cabinet of Ministers.
The President made this observation yesterday (26) during a meeting with heads of media institutions held at the President's official residence.
The President pointed out that the Cabinet is charged with the direction and control of the government, and operates on the basis of collective responsibility. Therefore, it would be better if members with divergent views pertaining to a collective decision step down from the Cabinet and represent their views accordingly.

The President also recalled that during R. Premadasa's tenure as President, Justice Mark Fernando had ruled against Lalith Athulathmudali and G.M. Premachandra for violating collective responsibility.

Meanwhile, pro-Basil Rajapaksa social media networks have already launched a campaign demanding the immediate removal of leaders of constituent parties of the ruling alliance for breaching collective responsibility. It is also reported that several heads of media institutions have offered their support towards the campaign.