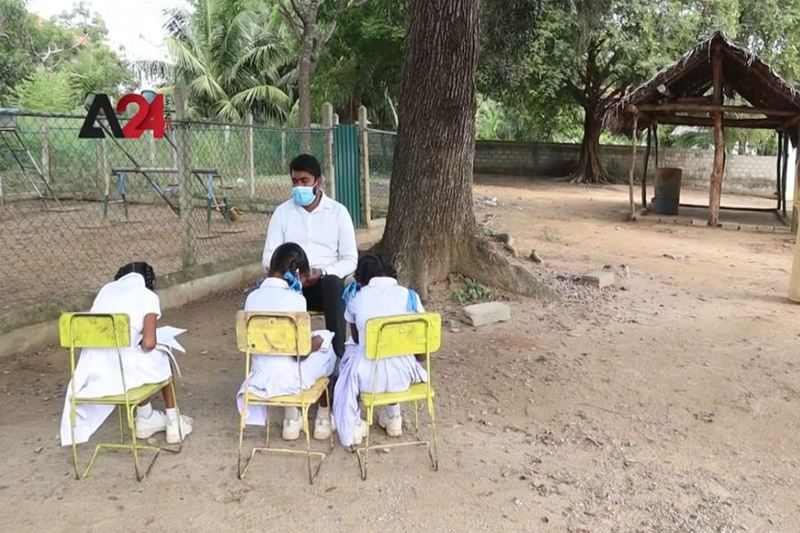 "Eluwankulama” is an area that suffered brutally as a result of the nearly three-decade-long civil war.

While politicians pay less attention to such areas situated far away from the capital, the residents of the area who are primarily low income earners live with extreme difficulties and minimum facilities.

Eluwankuama Vidyalaya, the only school in this area, is home to about 200 students and 20 teachers. The school has significant problems however including lack of classrooms. The students also don't have access to a library or a laboratory.

In addition to the damage caused to the school by wild elephants that roam frequently, it also lacks transport facilities and adequate accommodation for teachers who have come from remote areas.

While parents and teachers are working hard to keep the school operational, they have called on the authorities to help them develop the school.