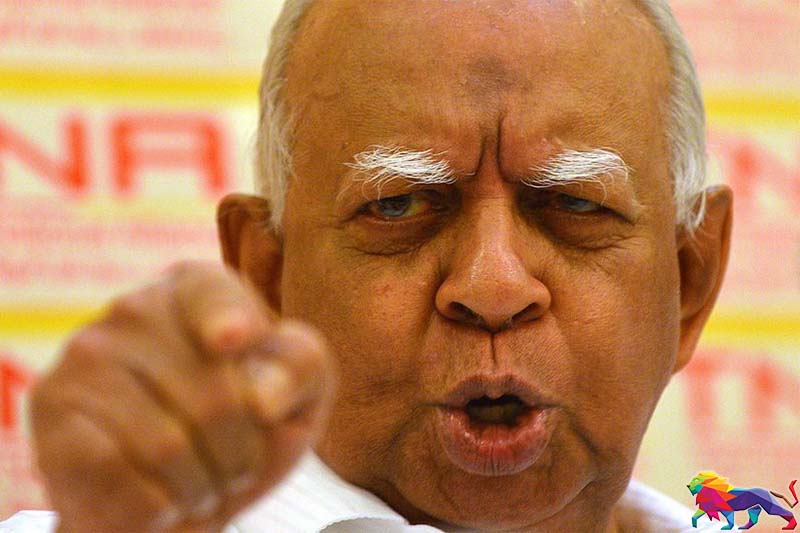 Leader of the Tamil National Alliance (TNA) R. Sampanthan has said he will continue to fight on behalf of the Tamils until a lasting political solution can be found for the many issues faced by the community, stressing that he has no plans to withdraw from active politics.

“I will not retire from politics until the Tamil people have peace and freedom,” he declared, adding that despite repeated requests by Chelvanayakam, he had initially refused to join politics. “Later I joined politics on the insistence of my close confidants but it was not to enjoy its many perks or privileges,” he said.

Sampanthan was responding to rumours circulating in the media that he has decided to retire from active politics. He is one of the most senior MPs in the current parliament following an active political career lasting nearly four decades during which he has constantly struggled to find a lasting political solution to the problems of the Tamil people.

Speaking to the media, Sampanthan also discussed the reasons for postponing the TNA delegation's visit to India.

“We received the invitation at an inconvenient time. Therefore we could not accept it and some leaders of the alliance were also unable to participate in it at the time. But we continue to maintain relations with the Indian leaders. I believe we will receive an invitation for a discussion soon” he said.