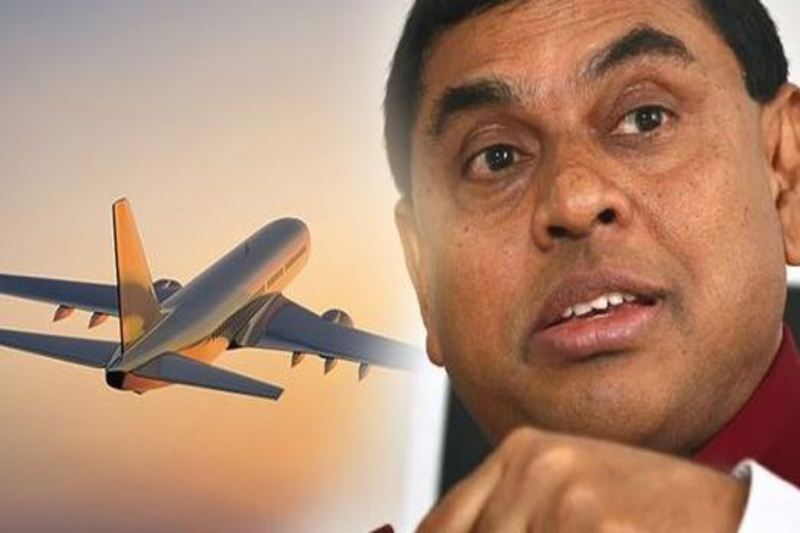 The United National Party has questioned the absence of the Minister of Finance from Sri Lanka despite the ongoing financial crisis. Finance Minister Basil Rajapaksa left for the United States yesterday morning (15).

Speaking to the media, UNP Working Committee member Dinouk Colombage, questioned why the Minister of Finance felt it was necessary to go on holiday at a time of financial uncertainty in the country.

“The cost of living is rising daily, food items are not available in the shops, the public are losing jobs. However, the Minister of Finance has ignored all these problems and gone on a holiday with his family. In other countries if this happened the Minister would have been forced to resign,” Colombage said.

“This Government has shown that they are not interested in fulfilling their responsibilities to the public. The Finance Minister is not the only Minister to leave the country and go on holiday, several other Ministers have also travelled overseas at this time of hardship.” he added.

Further accusing the Government of failing to solve the growing number of problems in the country, Colombage questioned why the Cabinet feels it is right to go on holiday while the rest of the country is continuing to work overtime during the holiday season.

"It is the Christmas season and the end of the year, yet the public are continuing to work to prevent a financial collapse. The school children, who have had no assistance from this Government, will be going to school till the 23rd of this month. While the public has shouldered the burden, the Government is enjoying overseas holidays.”

Colombage added that if the Government cannot present viable long-term solutions to problems faced by the public then it would be best if they remained permanently on holiday and allowed capable individuals to lead the country.