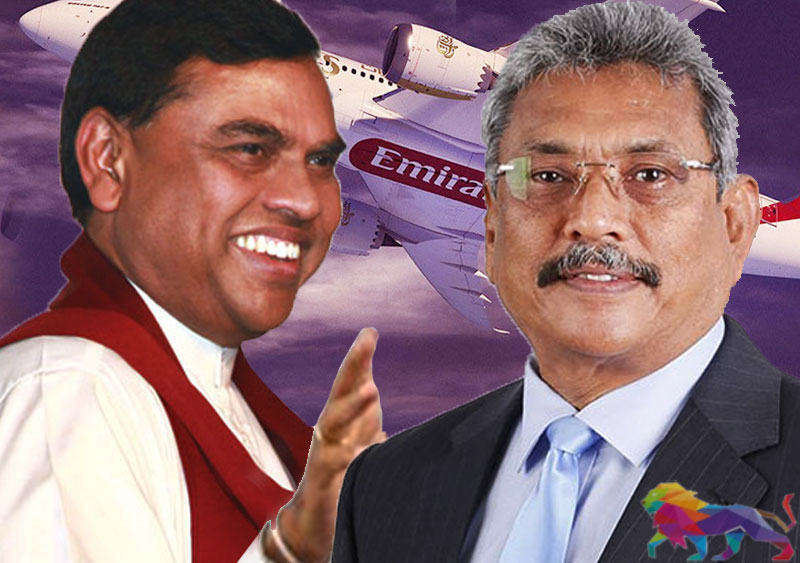 Finance Minister Basil Rajapaksa left for the United States this morning (15). According to BIA sources, the Finance Minister had left in an Emirates Flight at 02.55 am bound for Dubai. Sources also added his wife was accompanying him.

Meanwhile, President Gotabaya Rajapaksa, who left for Singapore on a private visit two days ago, returned to the island on Singapore Airlines flight SQ 469 last night.

However previously, the President was scheduled to return to the island on December 16. But his sudden return prior to the planned date and the departure of the Finance Minister just moments after has given rise to serious discussion among those in the government.

Country on the verge of bankruptcy!

The Finance Minister who is a dual citizen of the United States and Sri Lanka, has left for the U.S. for the Christmas holidays at a time when the country is on the verge of bankruptcy.

According to data from the Ministry of Finance, the government will have to repay USD 4.5 billion in foreign debt by 2022 leading to a severe forex crisis.

By the end of October, foreign reserves were down to USD 2.3 billion and have further reduced since.

The year 2022 comes with the challenge of settling a USD 500 million dollar sovereign bond by January.

The country is facing the serious dilemma of whether Sri Lanka will go bankrupt due to its inability to repay its debts and what its possible negative rippling effects may be.