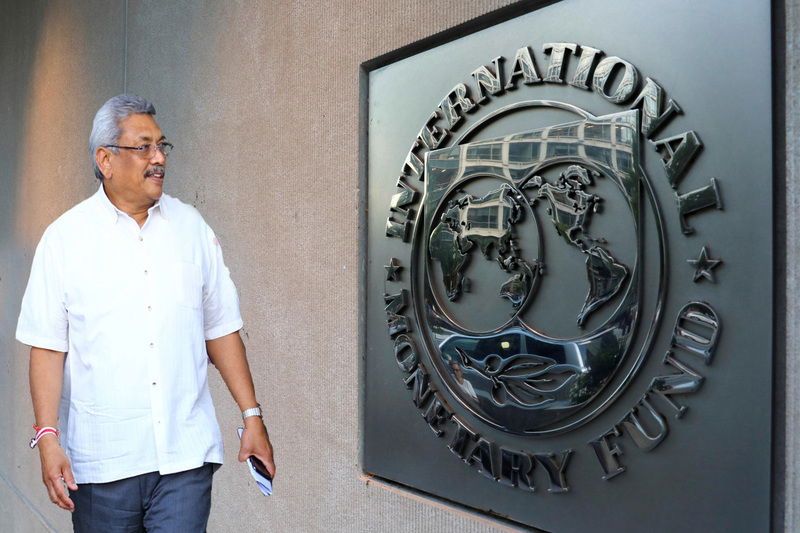 Time is running out for Sri Lanka to get assistance from the International Monetary Fund (IMF) as official discussions with government authorities and the IMF delegation now in the island are nearing completion, official sources said.

The government will have to make an official request for IMF financial assistance if there is a lack (or potential lack) of sufficient foreign currency financing available on affordable terms, to meet its net international payments.

“The IMF has not received a request for financial support from Sri Lanka recently, but the staff stands ready to discuss options if requested,” IMF’s Mission Chief for Sri Lanka Masahiro Nozaki said recently.

Typically, a country’s government and IMF staff must then agree on a programme of economic policies to be implemented in return for a loan.

It is now highly difficult to finalise this matter, but the government can ask for a short time period to enable them to make necessary requests and follow other procedures, informed sources said.

Once an understanding has been reached on the terms of the loans and the programme of economic policies, a recommendation is made to the IMF’s Executive Board to extend access to IMF resources.

These terms and commitments are restricting certain financial expenditure detrimental to the country although it is favourable for rulers and does not harm the public but it will close loop holes opened for financial misappropriations, a senior economist who has worked with the IMF revealed.

Depending on the type of funding arrangement, this could be in phased installments or as a single disbursement.

In similar circumstances, the IMF team reached a staff-level agreement with the authorities of Zambia on a three-year programme supported by an arrangement under the Extended Credit Facility (ECF) in the amount of about SDR 980 million or USD 1.4 billion.

The Zambian authorities who faced an economic situation similar to Sri Lanka have committed to an ambitious economic reform programme with the IMF to address the severe economic and social challenges facing the country.

These reforms seek to remedy past weaknesses in economic governance and public financial management that led to an unsustainable debt overhang.

Zambia’s external debt includes around USD 3 billion in outstanding Eurobonds and another USD 3 billion owed to China and Chinese entities. Tensions between those two groups of creditors have so far stymied restructuring efforts.