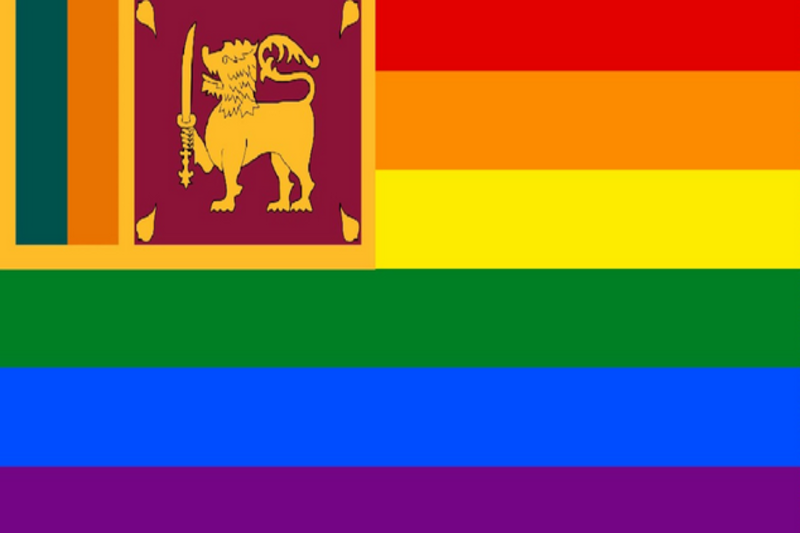 Thanks to archaic, Victorian-era laws that are still present in Sri Lanka, the country’s Lesbian, Gay, Bisexual, Transgender, Intersex, and Queer/Questioning (LGBTIQ) community has been marginalised and discriminated against for over a century.

Sri Lanka still criminalises same-sex sexual relations between consenting adults under Article 365 and 365A of the Penal Code, which states that “carnal intercourse against the order of nature” and “acts of gross indecency” are criminal offences punishable with a sentence of up to 10 years.

While these sections do not explicitly state that these offences pertain to same-sex sexual relations, they are most often used against LGBTIQ individuals due to the murky and vague nature of the said provisions and their colonial, anti-sodomy legacy.

To make matters even more complicated, Article 16 of Sri Lanka’s Constitution states that “All existing written law and unwritten law shall be valid and operative notwithstanding any inconsistency with the preceding provisions of this Chapter.”

This means that discriminatory laws such as Article 365 and 365A remain valid and operative and cannot be challenged by a citizen in court. The only way to abolish such laws is through legislative process.

Judicial review is an important aspect of rule of law. Ironically, the very same Constitution that is supposed to protect fundamental rights has barred citizens, especially the LGBTIQ community, from taking action against discriminatory laws that violate their fundamental rights. Due to this inconsistency, human rights afforded in the Constitution have been made redundant by Article 16, which legitimises and provides validity to such discriminatory laws. The police and other institutions abuse these provisions, causing grave harm to the LGBTIQ community by misusing these laws to arbitrarily arrest, detain, intimidate, and harass them.

In September this year, EQUAL GROUND (EG), led by Executive Director Rosanna Flamer-Caldera and two other trustees with seven others including the Executive Director of the Centre for Policy Alternatives, Dr. Paikiasothy Saravanamuttu, filed a petition in the Court of Appeal seeking a mandate in the nature of a Writ of Prohibition against the conducting of a training programme for the police where malicious, erroneous and discriminatory remarks were made about the LGBTIQ community.

At the training programme held in July 2021, counsellor Ama Dissanayake claimed that “homosexuals” in Sri Lanka are preying on others, especially the youth, trying to make them a part of the LGBTIQ community.

She asserted that being LGBTIQ is unnatural and goes against biological and social norms, as such relationships do not lead to reproduction. She then asked the participants to vocalise, loudly, that they are against such relationships.

According to the petition, Dissanayake has a prior track record of making such derogatory, erroneous and malicious statements against the LGBTIQ community and the police deliberately and knowingly invited her for the training session even though she had propagated misinformation in the past with a view to derogate, vilify, condemn, and demonise the LGBTIQ community.

It added that she further incited antipathy and revulsion and aversion on the part of the police officers present at the purported training when she verbally coerced the officers to actively participate in loudly acknowledging and repeating her discriminatory and harmful claims and sentiments.

This was done despite a large number of international medical bodies and scientific evidence indicating that anyone who identifies as LGBTIQ is compatible with normal and healthy behaviours and cannot be denigrated to being a base form of mental disorder or abnormality.

Thus, the petitioners sought a Writ of Prohibition preventing the police from conducting trainings, lectures and seminars that marginalise and violate the fundamental rights of LGBTIQ people in Sri Lanka. The permitting and sanctioning of vilification, dehumanisation and condemnation of persons with different sexual orientations and gender identities/expression by law enforcement does not adhere to basic human rights standards and is in violation of Article 12 of the Constitution.

The petition noted that the police, being the official arm of the state, must ensure the due protection and rights of all its people and it must treat all citizens equally; on principle, it cannot segmentise or caricaturise or adopt an unofficial or semi-official policy that is characterised by palpable misogyny or homophobia against selected groups of citizens, be it the LGBTIQ community or anyone else.

Last year, news emerged that two men had been arrested for having same-sex sexual relations and were produced in court, causing social backlash. However, this was not the first time.

A joint press release by EG and Human Rights Watch (HRW) revealed that in last few years, Sri Lankan police have arrested individuals perceived as engaging in “acts of gross indecency” in public spaces and raided private spaces to arrest LGBTIQ persons as well as those perceived as members of the community.

For instance, in June 2020, the Narahenpita police raided a private hotel room in Colombo and arrested three men on charges of “homosexuality.” News reports revealed that the men who identified as gay were not participating in any sexual activity at the time, but the police used an unopened packet of condoms found in the hotel bathroom as grounds for arrest. They also revealed that the police had beat the men bloody with batons and wires and forced them to undergo anal examinations by Judicial Medical Officers (JMOs). In December 2021, the Colombo Chief Magistrate dismissed the case based on a letter by the Attorney General informing the police that the Attorney General will not pursue the case.

These were not isolated incidents. According to the performance report (2018) of the Sri Lanka police homosexuality is considered a “vice”, defined as “offences that impact adversely on morality and well-being which is expected from the society.” The report revealed that under this provision, the police has prosecuted 33 people for homosexuality in 2016, six in 2017 and nine in 2018.

Even more concerning, in the 2017 to 2020 period, the authorities forced medical tests that include anal/vaginal examinations on at least seven individuals to provide proof of homosexual conduct.

Such examinations are not medically or scientifically valid and are considered a form of sexual violence and torture by international bodies such as the United Nations. Meanwhile, a HRW report in 2016 reported that LGBTIQ individuals have been arrested and detained without cause and have been subject to sexual and/or physical abuse and even raped by police officers.

After the writ petition was supported, the two-judge bench comprising Justices Sobhitha Rajakaruna and Dhammika Ganepola declared that there is a cause of action for the case to be taken to the merit stage and ordered the Court to issue notice to the respondents in the petition.

Three intervenient petitioners also sought to be added in support to EG’s petition as interested parties, including those of the LGBTIQ community. The court ordered them to be added as respondents as they had sufficient interest.

According to EG’s research study, Mapping LGBTIQ Identities in Sri Lanka (2021), 12% of the total population who interviewed for the survey identified themselves as LGBTIQ, a projected total of 1,469,574 individuals within the projected base of persons between the ages of 18 to 65 years.

Given the fear of reprisals and backlash members of the LGBTIQ community reasonably envisage and anticipate, the number is understated as many individuals are unwilling to disclose their sexual orientation and/or gender identity.

Despite constituting a significant portion of the population, LGBTIQ people face discrimination, harassment, abuse, and violence in all spheres of their lives.

Unfortunately, due to the nature of the Constitution, it is nearly impossible to challenge discriminatory laws and practices stemming from them in a court of law. Furthermore, due to the stigma and fear of repercussions, LGBTIQ individuals are hesitant to report instances of rights violations.

As such, this is the first time in Sri Lanka that a case of this nature has been filed where law enforcement has been challenged by an organisation over alleged discrimination against the LGBTIQ population.

Therefore, the Court of Appeal granting leave to proceed with the case is a big win for the LGBTIQ community as it sets a positive precedent in terms of ending discrimination and marginalisation as well as police harassment of minority groups including the LGBTIQ community.

Most importantly, the petition does not affect only the LGBTIQ community; it has implications for all citizens of Sri Lanka, particularly those who are marginalised and discriminated against due to superficial factors, as it sends a strong signal about discriminatory laws, fundamental rights afforded to all Sri Lankan citizens and the way the police treats certain communities.