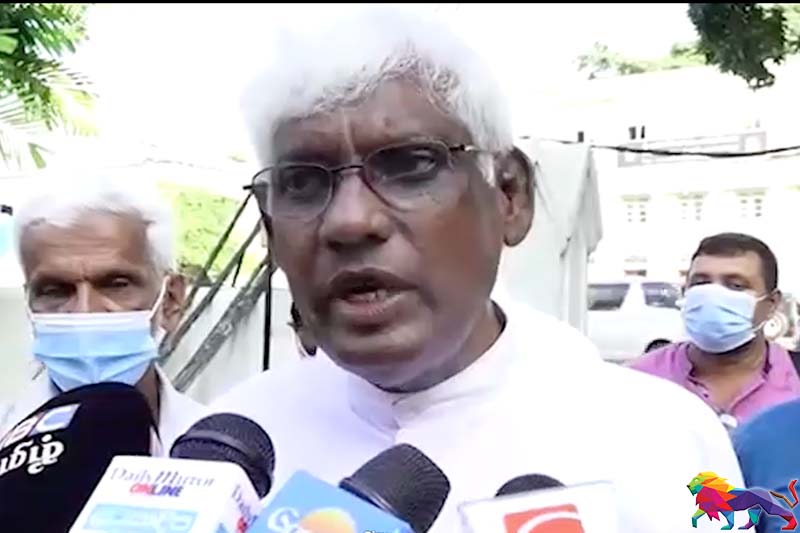 A group of human rights activists have submitted a request to the Attorney General's Department seeking information pretaining to all detainees being held under the draconian Prevention of Terrorism Act (PTA).

Speaking to the media following the submission, human rights activist Father Marimuthu Sakthivel on Wednesday (08) said that the request was made under the Right to Information Act.

He also said civil society groups representing all communities also forwarded a letter to the Attorney General emphasising the cruelty of the PTA.

He also said the group is calling for the release of all those detained under the PTA.

"We have submitted a letter calling for the release of all those who have been detained and are suffering for a long time as a result," he said.

Meanwhile, Father Marimuthu Sakthivel also stressed the importance of concluding the case of former Governor Azath Salley, who was arrested under the Prevention of Terrorism Act, in a short period of eight months.

The Attorney General's Department has the power to expedite the cases of other suspects arrested under the same Act, he added.

He also said that the Attorney General has the power to grant them bail and release them. “We request him to submit a report to the courts noting which detainees can be released accordingly,” he said.

Father Sakthivel requested the report to be presented before the courts expeditiously and release long term PTA detainees.