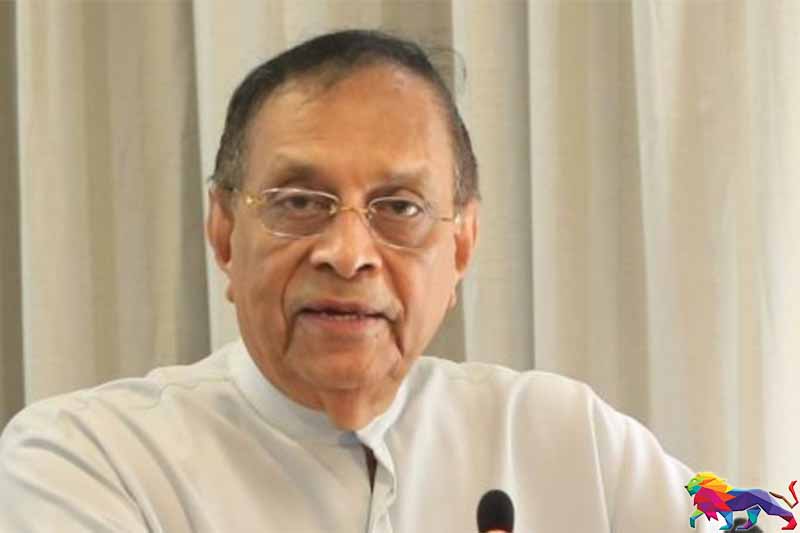 The Chairman of the National Movement for Social Justice Karu Jayasuriya says that the occurrence of custodial deaths have brought the country into disrepute while questioning the implementation of the 'One Country, One Law' policy of the government.

He said that veteran artists like Ranjan Ramanayake would not be in prison if the 'One Country, One Law' concept was correctly implemented in the country.

Furthermore, he said that Sri Lanka’s exclusion from the Democratic Summit to be held in the United States is an estimation that the island nation lacks recognition and respect within the international community.

The former speaker made these remarks speaking at a press briefing on Thursday (02) at the head office of the National Movement for Social Justice.

At the time of holding this press conference today, the country is yet to return to normalcy. The main reason for this are the shortcomings in the administration and the continuous changes in policy decisions made. Authorities must take steps to rectify this.

We commend Sri Lanka's inoculation drive that has managed to put the country in a better position than other nations in Asia. We extend our gratitude to all those who dedicated themselves to achieve this success.

We are pleased that the President has taken immediate steps to look into the LP gas accidents being reported by appointing an expert committee. This is a timely intervention.

If the advice of experts were similarly sought to resolve other issues faced by the country, the problems that have cropped up in the agriculture and other sectors would have not arisen.

Agriculture sector experts are of the opinion that there will be a large-scale (about 30%) drop in production as many farmers have given up farming due to lack of fertiliser. However, importation of rice is not a solution to this problem.

Can a country unable to import medicines, milk powder, sugar and other essentials due to the lack of foreign exchange, afford to waste existing foreign exchange on the importation of rice?

In addition, about 1000 containers of food items at the port are stuck due to lack of dollars. It is in such cases that the administration must be strengthened.

As a result, the needy are facing severe food shortages and the cost of living has skyrocketed. There are a large number of people in the country who cannot afford to have three meals a day.

Had the President taken necessary advice from experts before introducing the fertiliser ban, the chaos the country is currently facing today would not have arisen. Authorities need to understand that this is a very important factor in governance.

It must be pointed out that farming families today are in a very helpless state and that they are deeply frustrated and angry at the current regime.

It is with regret that one must point out that our country was not invited to the Democratic Summit to be held in the United States. This can be considered as a great dishonor to Sri Lanka.

As we have repeated many times before, it is an honor for our country to be recognized in the democratic world. This is an essential element in attracting investors and boosting trade.

However, it will be difficult to earn that recognition and respect once again until the democratic mechanism functions in a proper manner.

At present, the Human Rights Commission of Sri Lanka (HRCSL) is not functioning due to the non-appointment of new members.

In the recent past, the Human Rights Commission in our country has been highly recognised in the world. The reason was that all the members were independent from politics.

At that time, they were elected by the members of the Constitutional Council. Therefore, we should not be surprised that Sri Lanka was not invited to the Summit for Democracy."