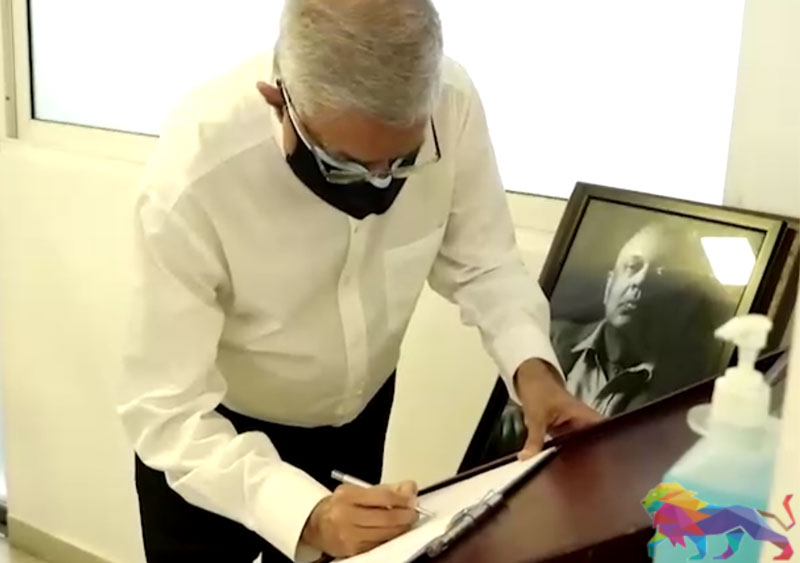 Former Prime Minister Ranil Wickremesinghe says that the greatest tribute that can be paid to the late Mangala Samaraweera is for the youth to come forward and take the lead in nation building at a time when the country is facing a serious crisis.

He made these comments to the media after paying his last respects to former Minister Mangala Samaraweera at a memorial event held to mark the passage of three months since his untimely passing.

The late Mangala Samaraweera’s ashes were placed at the ‘The Restpect’ Jayaratne Funeral Parlour in Colombo 08 on November 25 for the public to pay their respects. 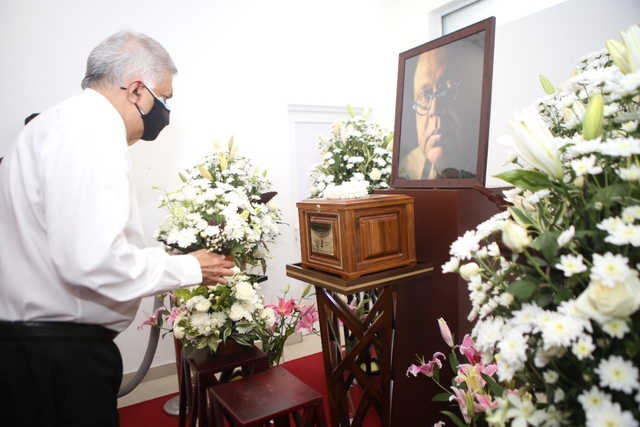 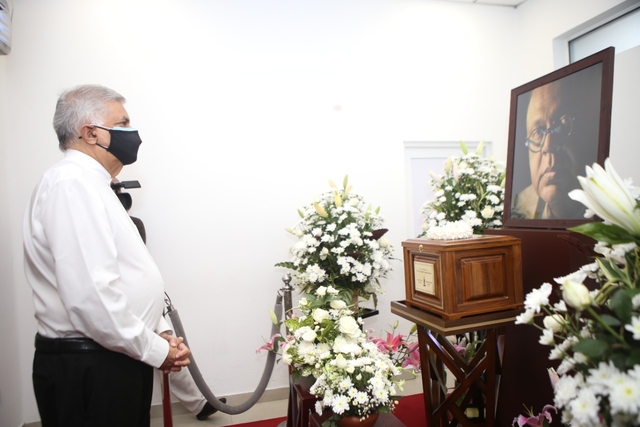 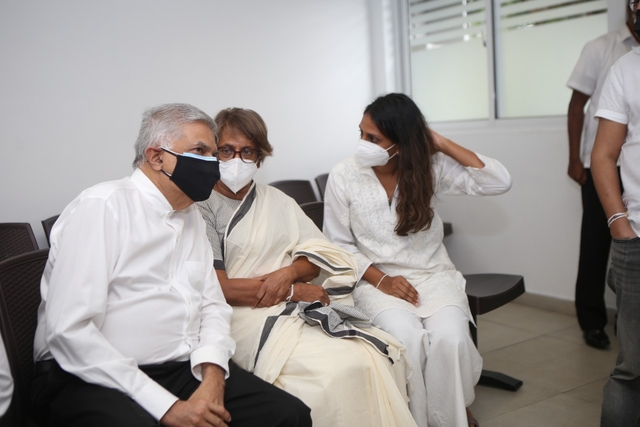 The UNP leader was present on the day of the memorial along with a group of young activists of the party. Among them were Dinouk Colombage, who recently joined the party's Working Committee, Colombo Municipal Council member Dumindu Attygalle, members of the Youth Front Pasindu Gunaratne, Sajan Sooriyarachchi and a group of young political activists.

Speaking to the media, the former Prime Minister said that Mangala Samaraweera had recently launched a special programme to instill hope in the country’s disillusioned youth about the future and that he himself had participated in such activities several times.

He noted that the country’s youth strongly loath the existing political system and are therefore disillusioned. In such a situation, he said, programmes such as Mangala Samaraweera's 'Freedom Hub' for the youth were extremely timely.

Wickremesinghe also stated that a large number of youth activists are currently in discussions with the UNP to join the party.