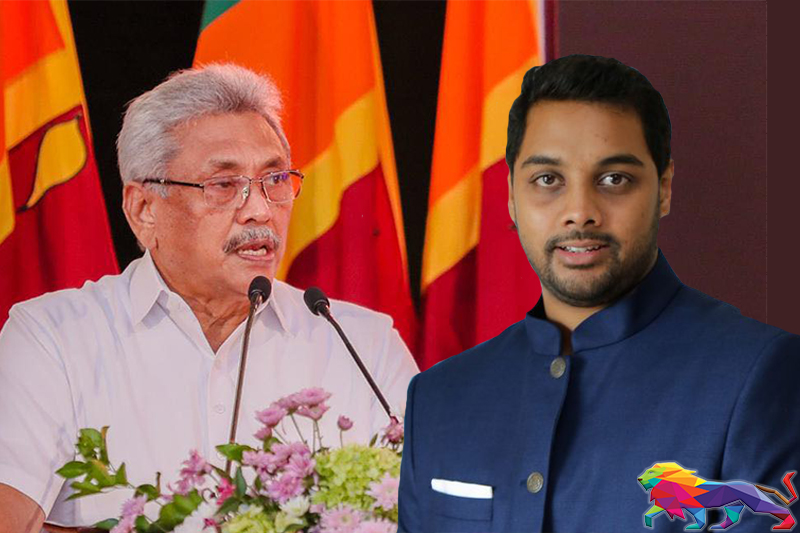 UNP working committee member and journalist Dinouk Colombage has commended the remarks made by President Gotabaya Rajapaksa at the event held to mark the National Science Day and Science Week in Sri Lanka to coincide with World Science Day for Peace and Development at Temple Trees yesterday (10).

“Even if it is Ministers and MPs from our government who have failed you, I request you to not vote them into power again. Look for new politicians. I am unsure how it can be achieved, but that is what needs to be done,” the President said.

Dinouk Colombage, the most recent member to be appointed to the UNP Working Committee noted that the President has rightly identified that the public must not elect those who have failed.

"As a young professional in politics, it is important to recognise that the established members of the political circles have failed. We as new young politicians are not known to the public because we have not been given the space in the media.

We ask the public, however, to give us the opportunity to prove our worth. We are professionals who believe that this country needs educated leaders to take us forward.

I ask the public to not look to the familiar faces, but to look out for the unfamiliar. As a young politician I appeal to the public to give their ear to the new faces of politics.

The doors of the Grand Old Party have been opened. I urge all young educated professionals who wish to help see our country through these difficult times come forward and join us.

Politics is not a profession but a service that we must all respect. I pledge to serve the people of Sri Lanka!" he added.

Dinouk Colombage began his career as a journalist in 2010 for The Sunday Leader. Committed to ensuring Sri Lanka was provided with a vibrant democratic environment, he was keen to throw himself into the forefront of the media by reporting on the political developments and current affairs in the country. His reporting included exposing corruption within the political arena, while also reporting on human rights atrocities such as the anti-Muslim Riots in Aluthgama in 2014.

In 2015, following the presidential election, Dinouk transitioned from journalism into active politics, serving in several capacities including Media and Parliamentary Affairs Secretary to then Minister Kabir Hashim.

Having worked alongside the UNP General-Secretary, Dinouk joined Prime Minister Ranil Wickremesinghe as an advisor for Media and Communications in 2018.

A historian by training, he attended the University of Sydney where he completed his undergraduate in Bachelor of Arts, majoring in 20th Century History. He has also attended a professional course at the Lee Kuan Yew School of Public Policy and is currently preparing to sit for his Masters’ Degree at the University of Colombo specializing in International Relations.