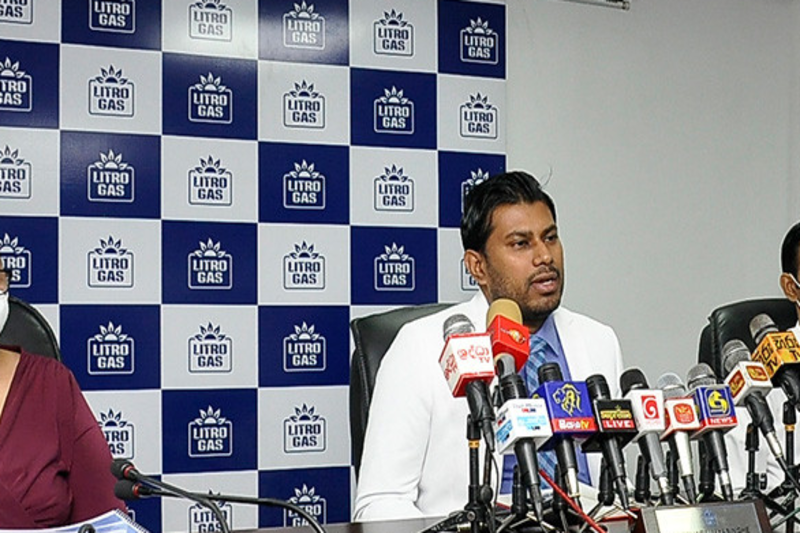 The foreign gas supplier for Litro Gas has written to Finance Minister Basil Rajapaksa, refuting recent claims made by the Chairman of Litro blaming the supplier for the current gas shortage in the country.

Wail Al Jamali, the CEO of OQ Trading Company in UAE, in the letter said despite the allegations made by Litro Gas Lanka Chairman Theshara Jayasinghe, his company had not at any instance asked Litro to sign an extended contract to maintain a continuous supply of LPG to Sri Lanka.

The response came following a recent press conference held by Jayasinghe during which he claimed a foreign company which is supplying gas is behind the severe gas shortage in the country. He had alleged the company was trying to strong arm Litro into signing an extension of the existing contract for a further two years.

“The gas ship has come close to the port but they are not distributing gas, until their agreement is extended. They have thrown us up against the wall,” he had said.

However, Jamali in the letter said that the delay in unloading of LPG gas from the vessel that docked in Colombo on 22 October 2021 was due to the continued breach of contract by Litro and the failure to provide the required financial security as stipulated under the contract; and for the failure to settle invoices on due date to the value of USD 15 million.

“We categorically and strongly deny the above implication of wrongdoing on the part of OQT and the negative sentiment expressed by the Chairman. OQT has in no such instance asked Litro to sign an extended contract to maintain a continuous supply of LPG to Sri Lanka,” Jamali said.

In fact, Jamali went on to reveal that notices of the breaches of contract were issued to Litro on 10 August and despite no response being received, OQT had continued uninterrupted supply of LPG to the country for a further 75 days.

The supplier also noted it was willing to provide LPG continuously, provided the breaches of contract by Litro are remedied.

The company has also requested a retraction from Theshara Jayasinghe and that a new press release is issued reflecting the same and correcting the facts. 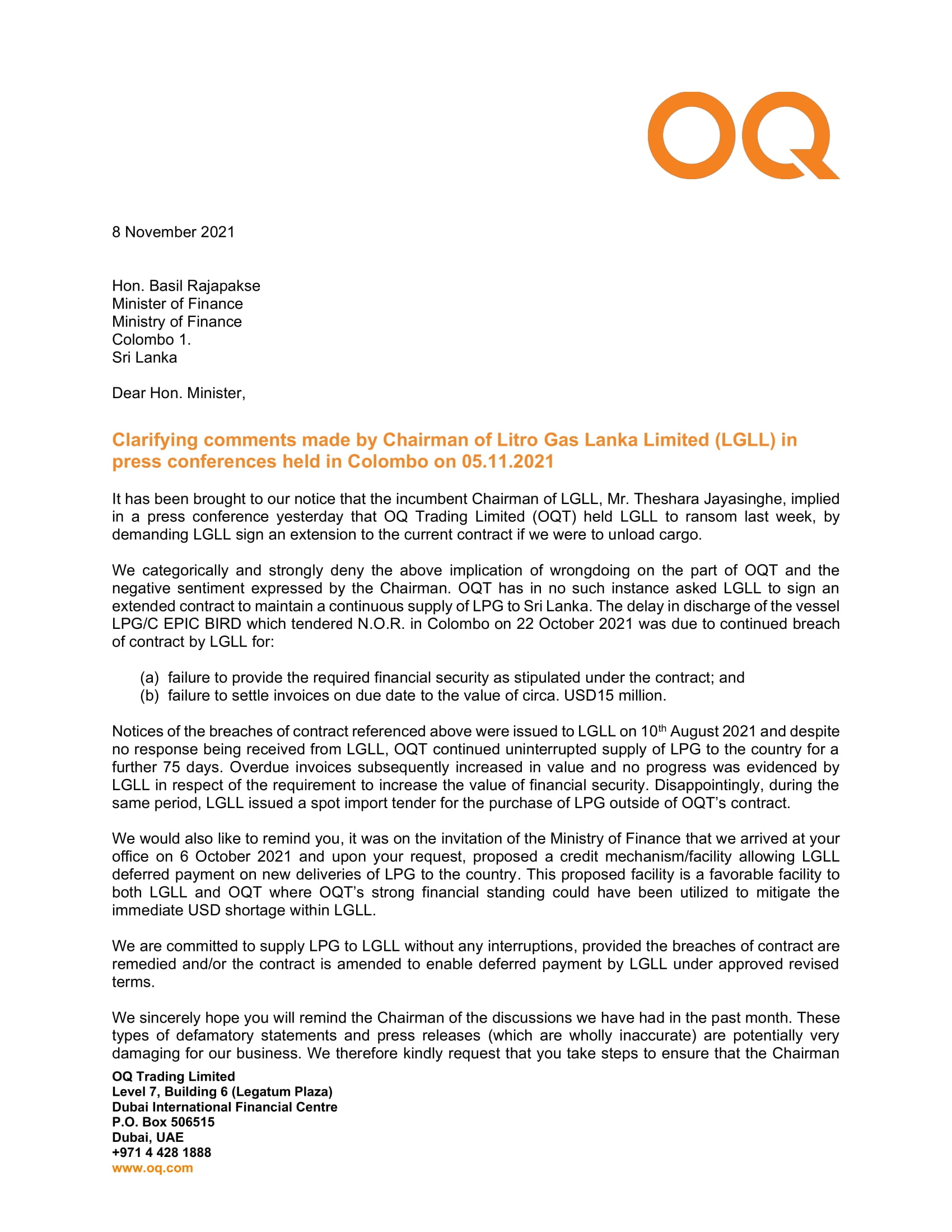 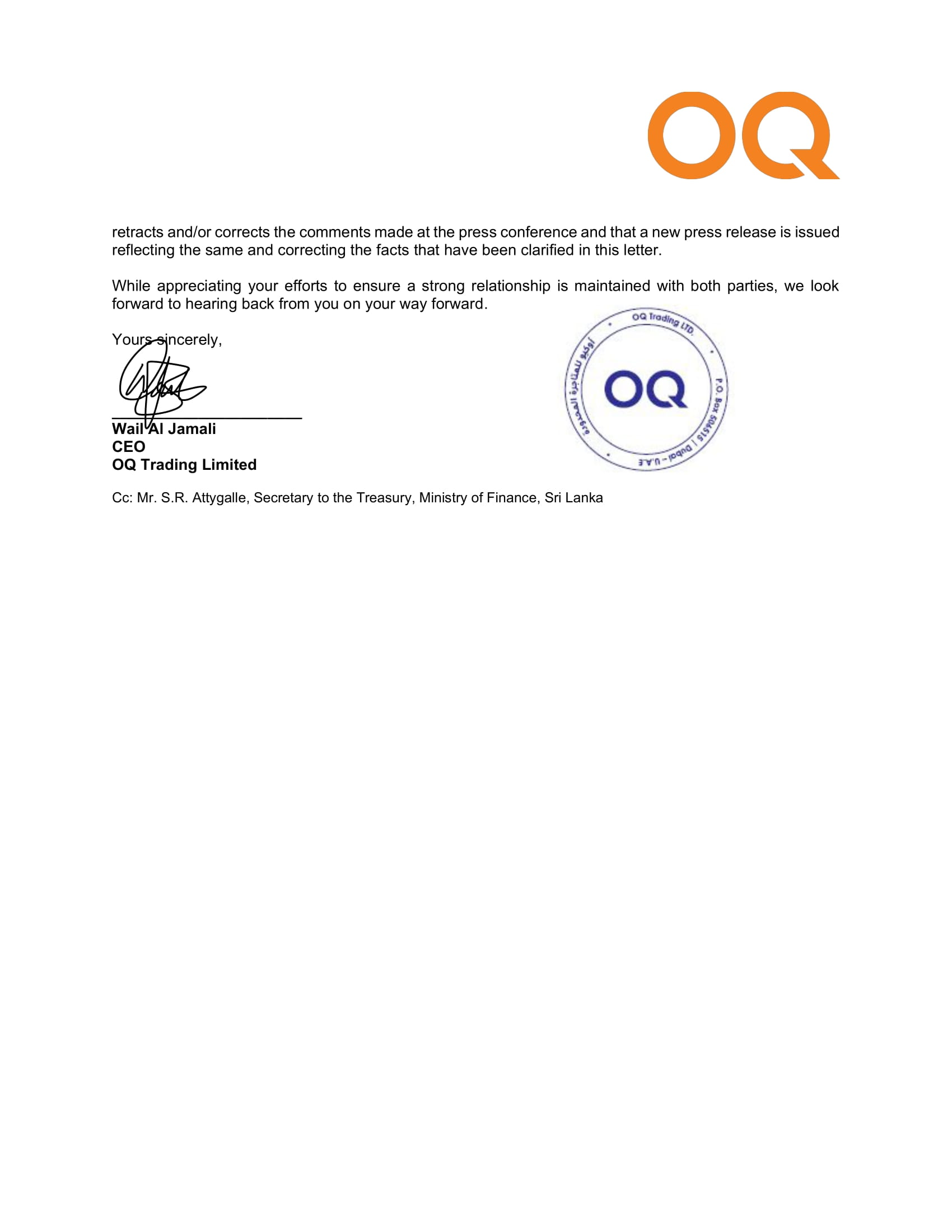