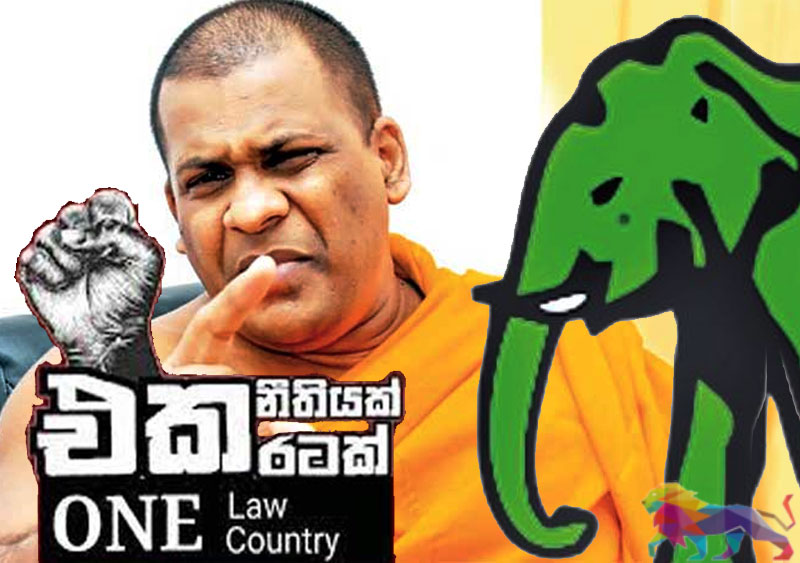 The United National Party (UNP) has denounced the formation of the Presidential Task Force appointed to study the implementation of the “One Country, One Law” concept, calling it a 'ridiculous move' by the President to remove this topic from the purview of the Minister of Justice and the Attorney General without discussing it in the Cabinet first.

Noting that this is an unconstitutional act by the President as this is a function of Parliament and that it is detrimental to the unity of the country, the UNP called on President Gotabaya Rajapaksa to immediately abolish the 13-member Presidential Task Force.

The decision to oppose the government's 'One Country, One Law' Task Force was taken when the party's Working Committee met at Sirikotha on Friday (05) under the patronage of former Prime Minister and UNP Leader Ranil Wickremesinghe.

Commenting on the 'One Country, One Law' concept, UNP Leader Ranil Wickremesinghe pointed out that with the emergence of an independent Sri Lanka, D.S. Senanayake created a Sri Lankan identity.

"Under this identity the Sinhalese, Tamils, Muslims and Burghers were provided a way forward with one identity as defined in our national anthem by the words 'because of the children of one mother'. This is also mentioned in the Fundamental Rights Chapter of our Constitution," he said.

He observed that there were separate laws for different sections of the people in this country. Commenting further, the former Prime Minister said;

Thesawalamai law is a special law which is about 500 years old and is unique only to Jaffna, having not been practiced even in South India. At the same time, the existing law for Muslims has long been accepted.

In addition, an ethnic group called the Mukkuwa in the Eastern Province lived until the latter half of the 19th century, under a separate law. In the 20th century, this group became extinct due to its mixing with the Tamil and Muslim communities.

We have accepted the methods and characteristics of different ethnic groups from the past and no one has been harmed by them. The removal of these laws would be tantamount to the removal of the legal framework established for the entire state of Sri Lanka. We can fix the shortcomings in these laws.

Primarily, the rights of married women are restricted in the Thesawalamai law. We must address that.

Under Muslim law, too, the rights of married women are minimized, and a Bill was drafted in 2019 by the Good Governance Government to amend it.

The Presidential Task Force was appointed at a time when this Bill was being taken forward by Justice Minister Ali Sabry.

In addition, the equal treatment of women and men in Sri Lanka is not seen in all sectors and laws should be introduced for that as well. A dialogue has been formed in the country regarding this.

However, the appointed Presidential Task Force is destabilizing and destroying national unity.

The Minister in charge of the subject or the Attorney General may seek advice and assistance from the President, without relying on a Presidential Task Force to convey his opinion.

The first thing to do is to debate in Parliament these laws.

Thereafter, a Select Committee should be appointed to discuss the matter with the assistance of the Ministry of Justice and especially the Attorney General."