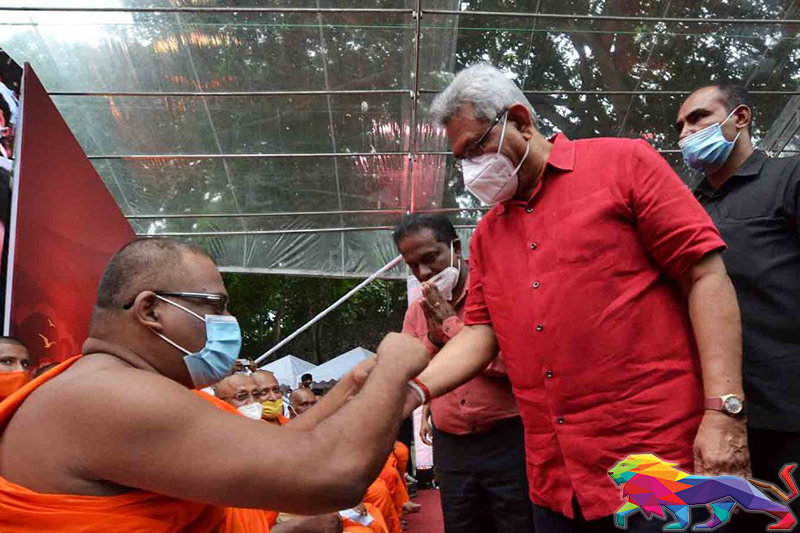 Sri Lankan bishops have urged the government to abandon its "one country, one law" plan for the predominantly Buddhist nation and instead draft a new constitution.

The ‘One Country, One Law’ concept was an election slogan of Rajapaksa in 2019 when he was elected president with overwhelming support from the nation’s Buddhist majority.

According to an extraordinary gazette notification issued by the president, the task force is required to submit reports to the president once a month and the final report on or before February 28, 2022.

Bishop Winston Fernando of Badulla, President of the Catholic Bishops' Conference of Sri Lanka (CBCSL), has taken a strong exception to the government’s move and has urged the repeal of the gazette notification appointing the task force.

In a statement issued on November 2, he described the omission of Tamil, Hindu, Catholic, and other Christian minority groups from the task force as a lost opportunity.

“The Catholic Bishops’ Conference of Sri Lanka, following a meeting with Catholic Parliamentarians both from the Government and Opposition, wishes to express its deep concern about the erosion of the democratic principles and values in our country,” the CBCSL statement said.

It lamented that “despite the promise made by the President and the Government before and after the elections, the formulation of a new Constitution for the country is put on the back burner with the adoption of the unholy, manipulative 20th Amendment to the Constitution.” He added, “It is being exploited beyond its limit to the detriment of the well-being of the country.” 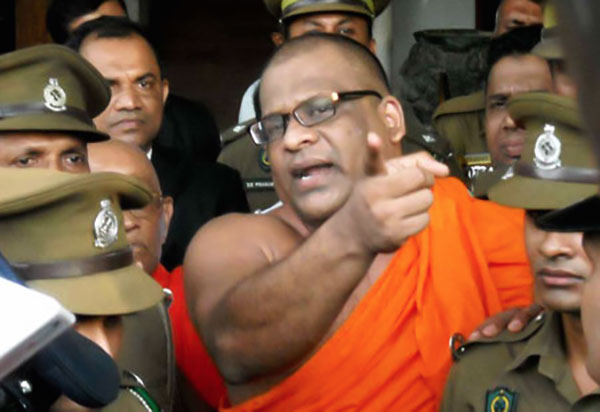 Ven. Gnanasara Thera is a controversial figure in Sri Lanka.

His Bodu Bala Sena (BBS) or the Forces of Buddhist Power, was implicated in the anti-Muslim riots in 2013.

He was sentenced to a six-year prison term for contempt of court last year after shouting at a judge for holding him guilty of accosting the wife of missing journalist Prageeth Ekneligoda.

However, he was accorded a presidential pardon within a few months of starting the prison term.

“To appoint a person without giving any consideration to his past records to chair the Presidential Task Force is adding insult to injury,” Bishop Fernando said in the statement.

The CBCSL statement criticized the purpose of the task force and the manner in which it was appointed. “No one would oppose the ‘One Country, One Law’ objective in governance provided it stems as a corollary of the Constitution of the country,” the CBCSL statement said.

“But to appoint by a special Gazette a Presidential Task Force comprising hand-picked individuals from outside without any reference to the democratically elected Legislature is unacceptable.” The bishops said, “The Parliamentary process has been ignored in a matter of such grave concern.”

The Sri Lankan bishops’ made a strong appeal for the repeal of the gazette notification, saying instead “a new constitution should be drafted to ensure that all the citizens are treated equally before the law”.

Opposition to the task force

Opposition groups and analysts also criticized the decision of the government. According to the news website, 'Jesustoday.lk', the "one country, one law" plan is likely to be a dangerous slogan that will erase diversity and make the will of the majority the only law. “All citizens should be equal before the law. This is not what is hidden in the slogan,” it said.

The task force is being headed by someone who has been indicted by the Presidential Commission of Inquiry into the Easter Sunday attacks of April 21, 2019.

The news website further pointed out that the controversial monk heading the task force “has issued hate speeches to a significant number of people in this country.”

Sri Lanka has witnessed strong opposition by nationalist groups in recent years to attempts to introduce Sharia law in the country, saying it would promote Muslim extremism.

The campaign gained force after the 2019 Easter Sunday suicide attacks on churches and hotels, in which over 270 people, including 11 Indians, were killed. It was blamed on the extremist Islamic group, the National Thowheed Jamaat (NTJ).

However, opposition lawmaker Harin Fernando alleged that the task force chairman had been indicted by the Presidential Commission of Inquiry into the Easter Sunday attacks. He said the appointment of someone like Ven. Gnanasara Thera exposes the political interests of the government.

The appointment of the Presidential task force comes months after a Cabinet decision to amend the country’s Muslim personal laws. Sri Lanka also has the Kandyan Law and Thesawalamai Law, pertaining respectively to the Sinhalese and Tamil communities.

The ‘'one country, one law' concept was promoted by the ruling Sri Lanka Podujana Peramuna (SLPP) party in a bid to win the support of the Sinhala majority as a counter to the rising extremism.

Meanwhile, the Buddhist monk said he hopes to exchange views with all political parties, religious and civil society organizations. “The aim of this task force is to build the environment for all including Sinhala, Tamil, Muslim, Buddhist, Catholic, Hindu and Muslim to live together under one law and country,” he said.