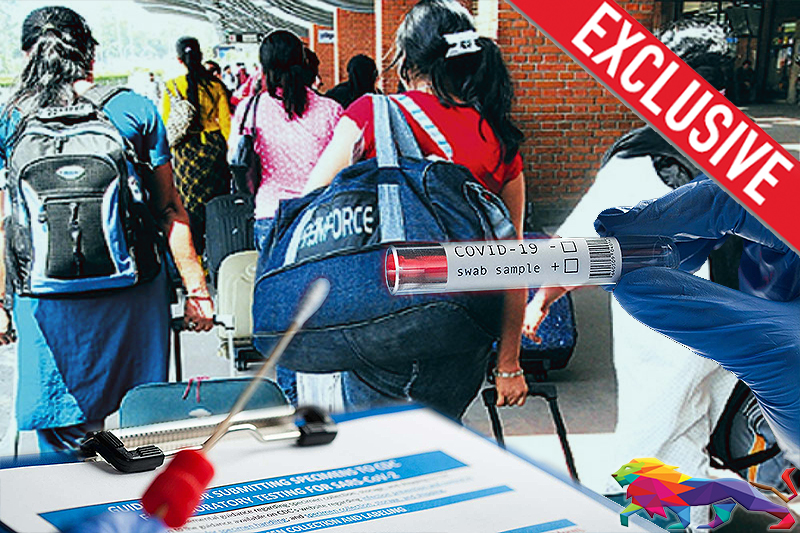 Concerns have been raised on the quality of PCR tests at the Bandaranaike International Airport (BIA) and the inconvenience faced by passengers travelling to the Middle East.

While all passengers heading to the Middle East must undergo a PCR test at the airport, social media reports were rife on the problems they have had to face at the newly established rapid PCR laboratory.

The passengers had been advised to be present four hours prior to the flight in order to undergo the PCR test and obtain the results before departure. The lab is being managed by a private hospital and each passenger is charged Rs. 4500 for the service.

However, following a series of issues causing inconvenience to many passengers, airport authorities on November 2 had called tenders suddenly for the provision of efficient laboratory services based on passenger complaints to ease the congestion at the test counters and other related issues.

Tenders from several chosen companies had been called under the condition that the fee for each passenger would remain at Rs. 7500 out of which Rs. 1000 should be paid to the airport.

While the call for tenders was to close at 6 PM, airport authorities had allowed a private hospital to erect a temporary lab on the premises even prior to the announcement of the tender results.

Internal sources within the airport have revealed that the current rapid PCR laboratory is being operated by a private hospital owned by a high ranking official of Sri Lankan Airlines.

Sources said that the new tender had been called with the intention of granting it to a private hospital with links to a State Minister and a VIP with the support of a former Yahapalana government Minister. 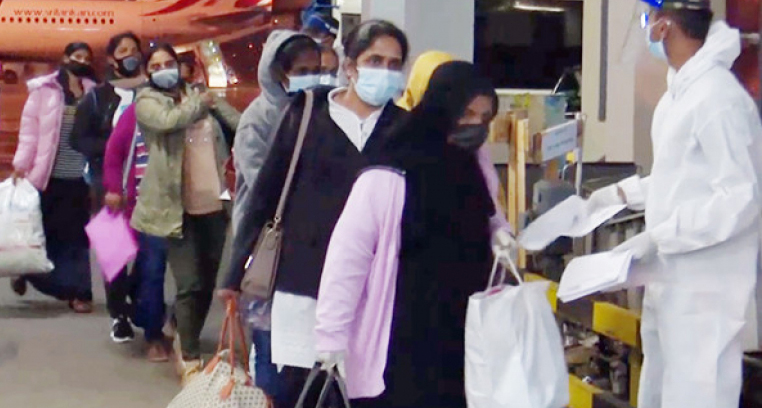 Meanwhile, the College of Medical Laboratory Science (CMLS) has accused the Ministry of Health and the Aviation authorities of formulating plans to support corrupt businessmen.

CMLS President Ravi Kumudesh has alleged that those involved have earned substantial profits amidst the ongoing pandemic. He said that authorities have failed to explain who has imposed the requirement of a PCR test prior to travelling to the Middle East but was instead more interested in scrambling to gain profits from it.

He pointed out that a letter dated 09.08.2021 issued by the Ministry of Health which recommended the use of PCR systems that haven't received approval from the National Medicines Regulatory Authority paved the way for these businesses to exploit PCR tests. 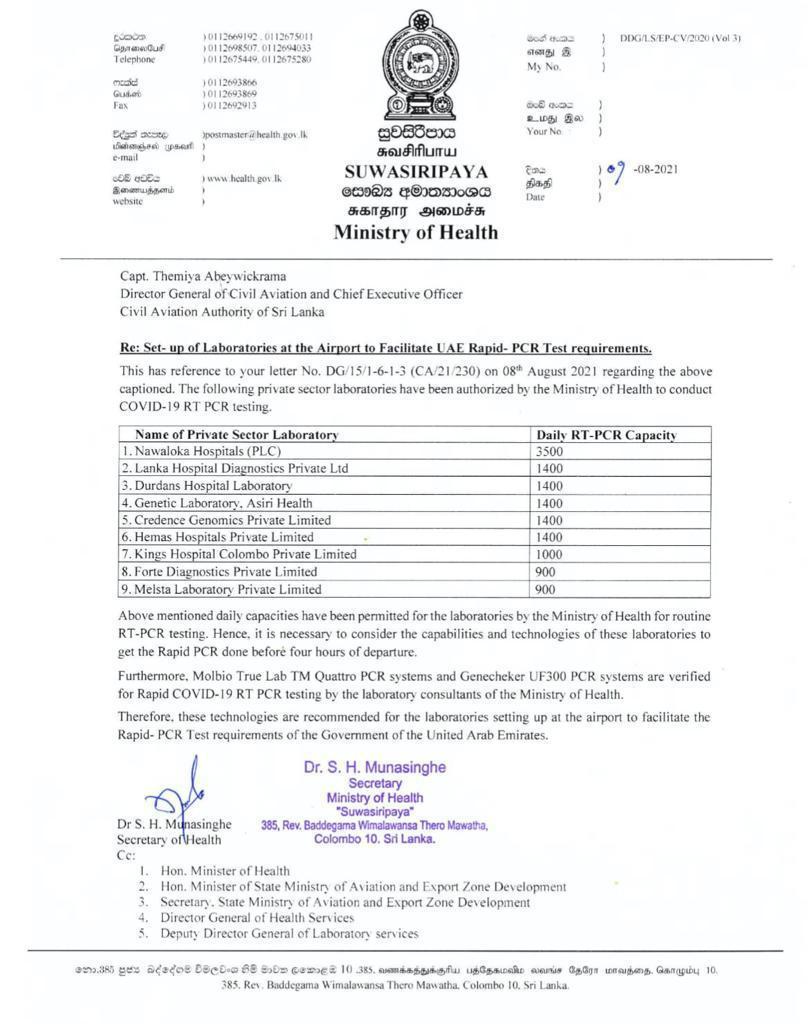 Accordingly, various parties backed by Ministers and other government officials are now battling it out to provide PCR testing at the BIA.