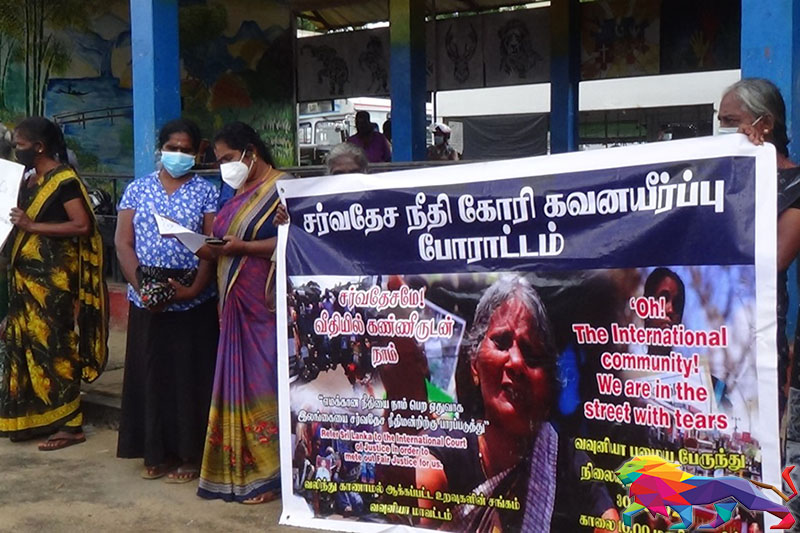 Tribunal in a bid to locate their missing loved ones.

They have pointed out that the government of Sri Lanka has repeatedly failed to provide satisfactory answers on the fate of their missing family members and deliver justice to the families of the victims.

According to provincial reporters, the mothers commenced a protest on October 30 at the Old Vavuniya Bus Stand calling for an International War Crimes Tribunal to be established.

The mothers have stressed they will not give up their struggle and intend to hold a protest monthly demanding for justice.

Two other protests on October 28 and 30 had been held in Mullaitivu and Jaffna respectively.

According to reports at least 90 parents of forcibly disappeared persons have passed away since launching their continous protests demanding to know the fate of their children.

Meanwhile, the Office of Missing Persons (OMP), established to support the families of missing persons has completed three years in office without providing any favourable solutions to the victims.

President Gotabaya Rajapaksa, who was the wartime Secretary of Defence had told Hannah Singer, the UN Resident Representative in Sri Lanka in 2020, that people who went missing during the war in the North during the rule of his brother Mahinda Rajapaksa had died.