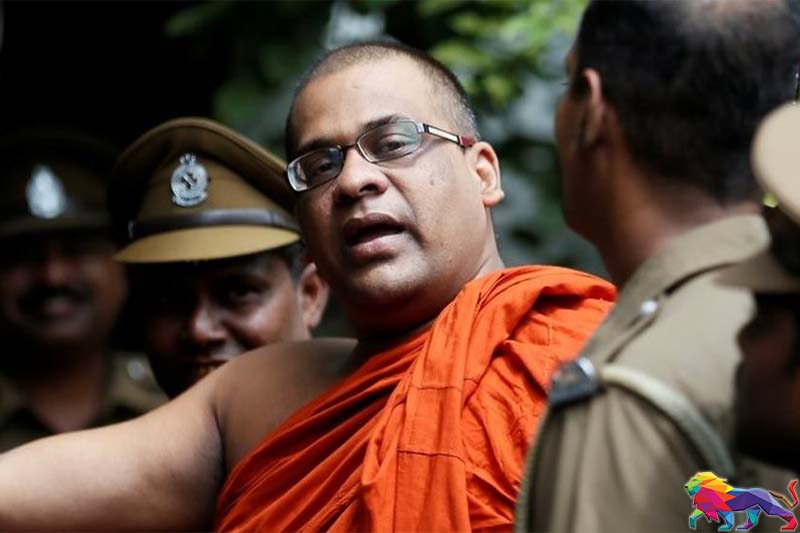 Opposition is mounting over the decision made by President Gotabaya Rajapaksa to appoint the Secretary General of the ultra-nationalist Bodu Bala Sena organisation, Ven. Galagoda Aththe Gnanasara Thera, to lead the Presidential Task Force to implement the ‘One Country, One Law’ policy of the current government.

Gnanasara Thera has had many run-ins with the law. The monk was convicted of drunk driving (Case No 6315/2000) in 2013 while he was arrested in June 2017, by the Police Organised Crimes Prevention Division on allegations of obstructing a police officer. The Thera was also found guilty and convicted of Contempt of Court after threatening the wife of missing journalist Prageeth Ekneligoda within the Homagama Magistrate Courts premises before being released through a Presidential pardon in May 2019.

Often working with other extremist Sinhala nationalist groups including Sihala Urumaya, Jathika Hela Urumaya, Ravana Balaya and the Ape Jana Bala Pakshaya, various accusations have also been levelled against his organisation for causing racial disharmony and instigating communal violence in the country’s recent past. He is also well known for his anti-Muslim rhetoric and vitriol.

While the gazette issued by the President on the appointment noted that “No one should be discriminated against on the basis of race, religion, caste or any other factor, emphasizing that the rule of law, the protection of the law, must be universal,” those opposing the decision claim due to above mentioned contentious behaviour of the monk, he is unsuitable to head the latest task force.

Speaking to the media after the appointment of Gnanasara Thera, TNA MP Shanakkiyan Rasamanikkam said, "It is dangerous to appoint a person who violates the Constitution, spreads racism and religious bigotry to formulate laws for the whole country."

In a statement, Samagi Jana Balawegaya MP Harin Fernando also expressed his dismay at the recent turn of events. “The Task Force is being led by an individual whose mere mention on social media leads to the suspension of the posters' user accounts. Instead of talking about racial unity and racial harmony, we can only imagine what type of one country and one law is to be implemented through violent, frantic characters such as these,” he said.

The President gazetting this task force noted it is being set up to further ensure that all citizens are treated equally before the law as it reflects the implementation of the concept of 'One Country - One Law' in the country as a means of realizing nationally and internationally recognized humanitarian values.

Commenting on social media, Attorney-at-Law Achala Senviratne also questioned the appointment. “What can be achieved in the process of implementing the ‘One Country, One Law’ policy through the appointment of an individual who was convicted of contempt of court and institagated racial disharmony?,” she asked.

There has also been strong opposition on social media not only to the appointment of Galaboda Aththe Gnanasara Thera but also on the lack of representation of Tamils ​​and females in the Task Force.