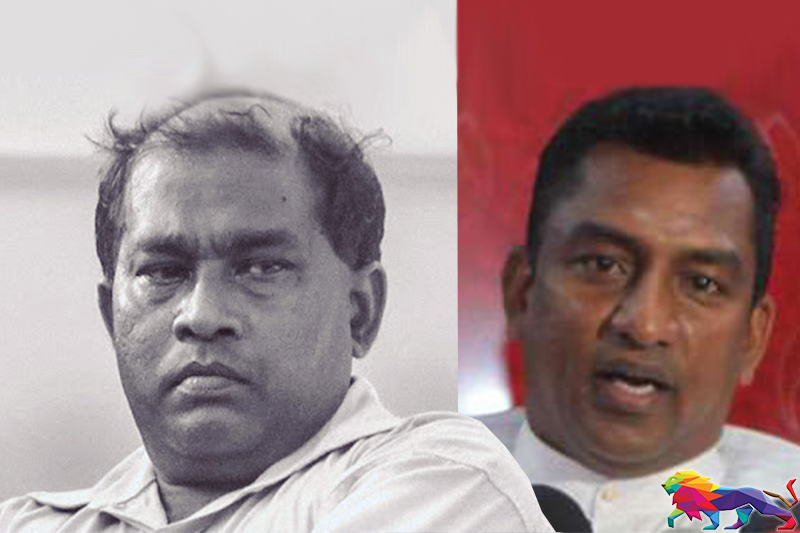 Kuttiarachchi said that if the salary anomalies of principals and teachers can be resolved by impaling Stalin publicly at Galle Face Green, he would take necessary measures to implement it.

Speaking to reporters in Badulla recently, the vociferous MP said that if it warranted his personal intervention, he would be ready to step up to the task.

Chadrasena had used a group of cohorts pretending to be parents of school children to threaten teachers.

The Minister said that if teachers do not report to schools on October 21, their private residences could be raided.

According to media reports, most of those who posed as concerned parents during this meeting were local government members of the ruling SLPP.

"We are ready" - Teachers' Unions

CTU General Secretary Joseph Starlin recalled several incidents of politicians calling principals of schools. He said that the politicians have threatened these principals, asking whether they are going to resume academic activities on 21 October or not.

However, he said that teachers were ready to resume work on October 21 only if their problems were resolved.

Meanwhile, another trade union chief says that any attempt to stifle the teachers' struggle by making threatening calls to teachers would be futile.

The General Secretary of the Ceylon Teachers’ Services UnionMahinda Jayasinghe also revealed details of several telephone calls allegedly made to teachers in Bandaragama claiming to be from the intelligence unit.

"You can't put a pistol to the teacher's head and try to force them to teach. We've been subjected to grave threats before. This fight cannot be stopped by these empty threats. Let's see what happens on the 21st,'' Mahinda Jayasinghe said.

“Mr Sarath Weerasekera, I am presenting three phone calls now. These calls were made to the teachers in Bandaragama by an alleged intelligence unit. They were told to report to schools on October 21, or else they will be abducted. These are the numbers - 0712447993, 0705464412, 0774845050. If possible, find out whose phone numbers these are and if they are in fact from intelligence units. Our struggle cannot be stopped through these antics."

Meanwhile, the Secretary to the Ministry of Public Services, Provincial Councils and Local Government has informed all District and Divisional Secretaries countrywide to assign all trainee graduates who are now employed at their offices to Government primary schools with less than 200 students from October 21.