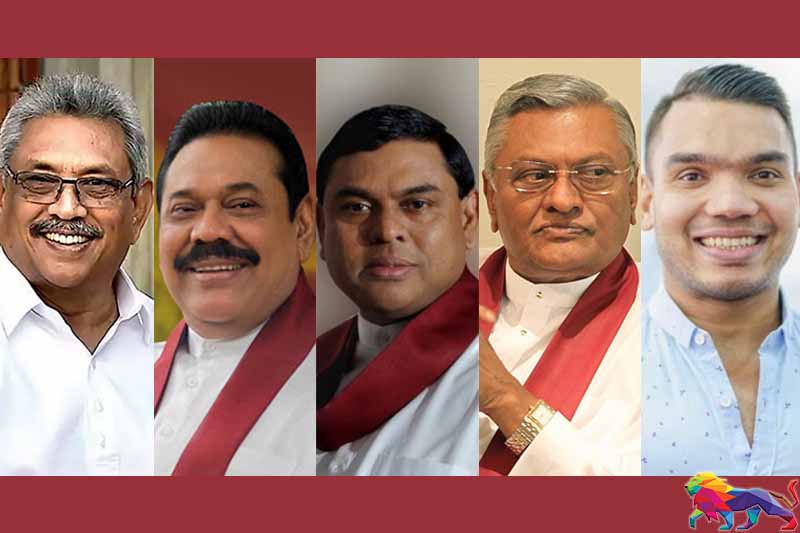 The share of the budget controlled by the Rajapaksa family including the President and the Prime Minister has been revealed to be 27.89% according to the Budget Appropriation Bill issued for the year 2022.

The Appropriation Bill to provide service for the financial year 2022, to authorize the raising of loans in or outside Sri Lanka and to enable the payment, by way of advances out of the consolidated fund or any other fund or money, was published in the Gazette on September 29, 2021.

Accordingly, approval will be sought for recurrent and capital expenditure related to the expenditure of the Government estimated to be Rs. 2,505 billion for the service of the period beginning on January 1, 2022 and ending on December 31, 2022.

Out of this, the total allocation for ministerial portfolios held by members of the Rajapaksa family amounts to Rs. 69,885 million.

President Gotabaya Rajapaksa, who also holds the Ministerial portfolios of Defense and has been allocated Rs. 42,537 million.

Prime Minister Mahinda Rajapaksa, who is also the Minister of Buddha Sasana, Urban Development and Economic Policy and Planning has been allocated Rs. 2,803 million.

Chamal Rajapaksa who serves as the Minister of Irrigation and State Minister of National Security & Disaster Management has been allocated Rs. 5,883 million.

Minister of Youth and Sports Namal Rajapaksa has been allocated Rs. 11,180 million.