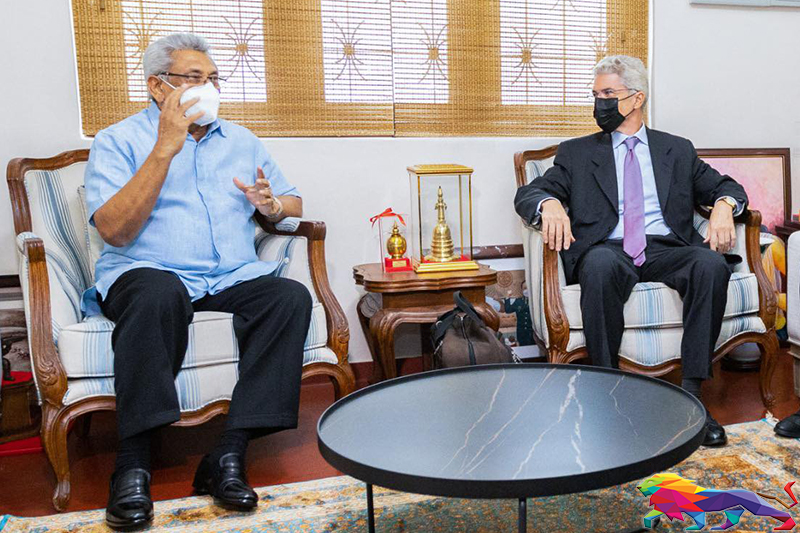 President Gotabaya Rajapaksa has assured that immediate steps will be taken to amend the necessary provisions of the Prevention of Terrorism Act (PTA).

He said that necessary committees have been appointed and the Minister of Justice and the Attorney General have been instructed in this regard.

The President made these remarks during a discussion with a delegation from the European Union (EU) at his private residence in Mirihana on Monday (04).

A high-level five-member delegation from the European Union (EU) arrived in Sri Lanka to investigate whether the Sri Lankan government's continued flawed human rights record, including the implementation of the Prevention of Terrorism Act (PTA), is conducive to provide further tax concessions to Sri Lanka's exports under the Generalised System of Preferences Plus (GSP+). 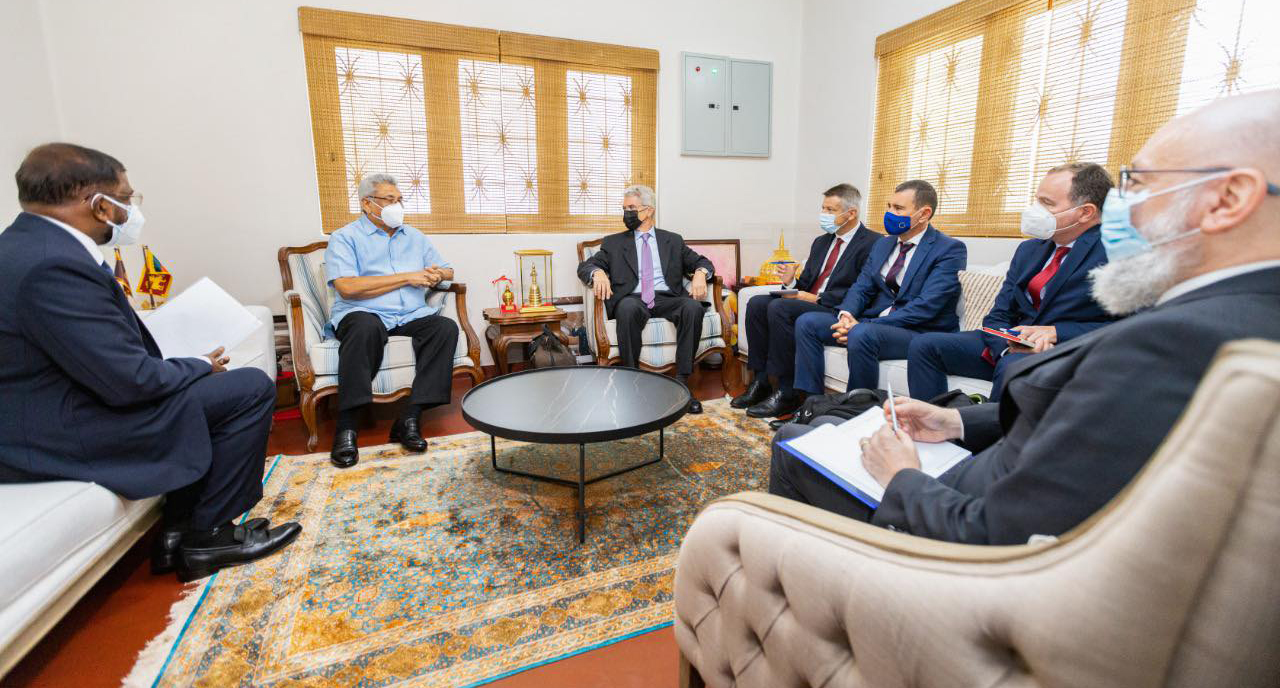 The representatives of the European Union, who paid special attention to the PTA, pointed out the need for a timeline based solution. The delegation said that a formal report based on the findings of the visit would be submitted to the European Commission and the European Parliament.

President Rajapaksa also stated that the country would abide by the agreements on human rights in the world today.

The President explained the steps taken by the government despite this situation to address many of the problems caused by the prolonged war and to establish democracy as well as to carry out development in the North and East.

The EU delegation is expected to review Sri Lanka's compliance with the agreements which Sri Lanka has already committed to adhere to under the GSP+ scheme, its co-operation with Sri Lanka and the European Parliament's views on Sri Lanka.

In mid-June, the European Parliament passed a resolution calling for the withdrawal of GSP+ tax relief as well as anti-terrorism assistance to Sri Lanka if pledges made by the governmentto protect human rights, including the repealing of the PTA, are not fulfilled.

If it is proved that Sri Lanka has not fulfilled its agreed human rights obligations, there is a risk that the existing GSP + concession or the concession granted under the preferential tax regime will be suspended.

The GSP+ concessions were suspended in February 2010 due to non-implementation by the Mahinda Rajapaksa administration of the International Convention for the Protection of Human and Labor Rights, the Environment and Good Governance was reinstated in May 2017. As promised by the Good Governance Government, 27 international conventions on human rights were ratified with the belief that Sri Lanka will go on to implement these.