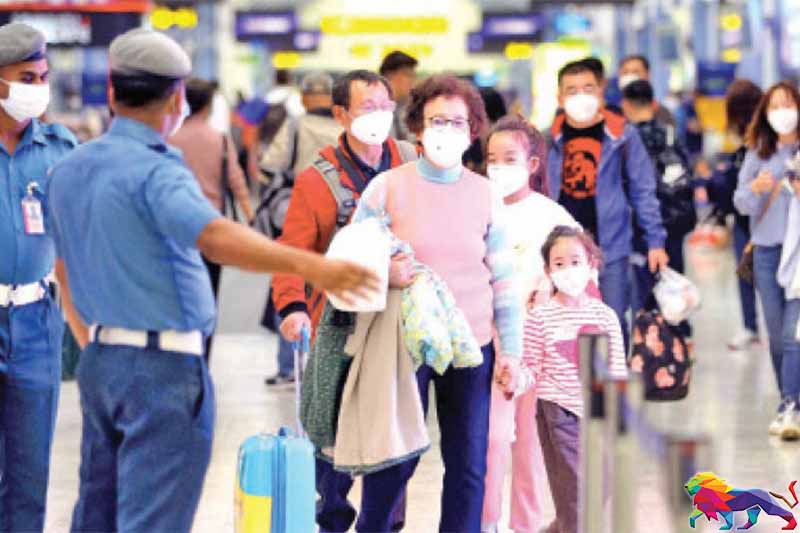 The Association of Medical Specialists (AMS) has voiced their opposition against the new guidelines issued by the Ministry of Health for fully vaccinated local and foreign air travellers arriving in the country.

In a statement, the AMS pointed out that there was no credible method to verify the authenticity of PCR test reports conducted outside the country.

"We, as a professional association, strongly feel that this is a dangerous decision as there is no foolproof method of ascertaining the reliability and the authenticity of such reports done outside Sri Lanka which can easily lead to spread of dangerous variants of Covid-19 from BIA," the statement said.

The Association has also voiced their concerns about the government's decision to abruptly remove the PCR laboratory at the Bandaranaike International Airport.

After setting up such a laboratory at great expense, the AMS said the decision to allow tourists to leave without being subjected to PCR testing based on the fact they are fully vaccinated or have a negative PCR result 72 hours prior to the departure from the country of origin has surprised those concerned.

They pointed out there is no scientific rationale to the decision as forging of vaccination certificates and PCR reports are widely reported outside the country.

"There were many reports of fake vaccination certificates, false PCR reports not only in Sri Lanka but also in the developed countries. In such a scenario, there is no scientific rationale for skipping the mandatory PCR testing at BIA, especially a recently purpose built facility available at the airport for PCR testing," the AMS said.

The AMS warned that the new guidelines could allow dangerous variants to reach our country, totally destroying the hard earned control we have achieved so far with major sacrifices from all the sections of our society.

"So-called experts should be held accountable"

Meanwhile, the Academy of Health Professionals at a press conference yesterday said that the country was at risk due to the sudden decision of the Ministry of Health to admit passengers and tourists into the country without being subjected to PCR testing.

The Chairman of the Academy of Health Professionals, Ravi Kumudesh stated that the so-called experts who made such decisions should be held accountable if these new guidelines lead to a resurgence of the pandemic.

"Politicians and officials are trying to justify the decision to remove PCR testing by taking France and the UK as examples. However, it seems like this decision was taken to make some businessmen happy. If this decision leads to a resurgence of the pandemic, those who authorised it must be held responsible. We have had many variants of the coronavirus in Sri Lanka and these variants arrived here through inbound travellers," he added.