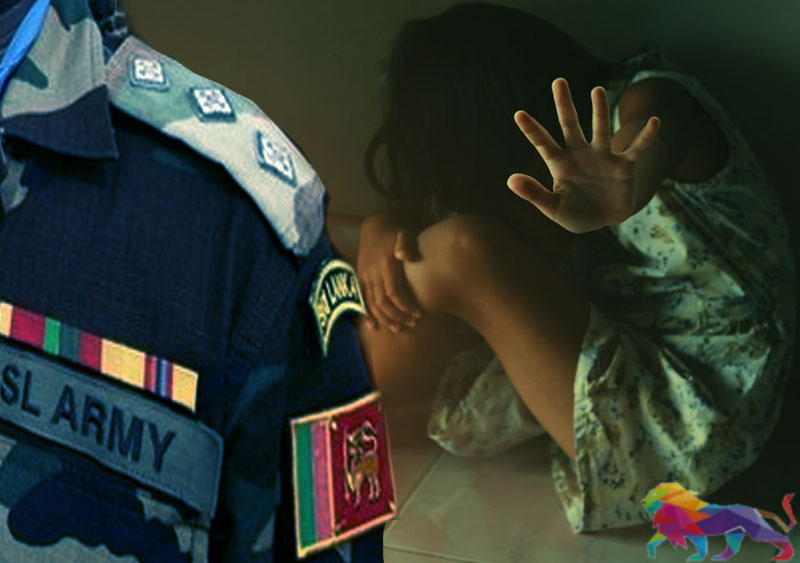 A Lieutenant Colonel of the Sri Lanka Army now serving attached to the BMICH, is accused of abusing a minor.

According to military sources, the Lt. Colonel had served in the Sri Lanka Army Gajaba Regiment Camp in Saliyapura for nearly 10 years and had maintained a relationship with a garment worker. He is being accused of sexually abusing her daughter who is now 16 years old.

The suspect's official vehicle has been taken into custody by the Kandy Police and he has been produced before court.

The Lt. Colonel was represented by four lawyers in court and based on their submissions, he was released on bail on the same day. The case filed under B 61178/21 is scheduled to be heard again on October 10.

According to reports, the girl has known him since she was 6 years old and she has been abused by the suspect since she was 09 years old. The girl's mother says he claimed to be sexually impotent and therefore did not believe he would be capable of doing what he is now being accused of.

The girl in her statement had admitted that all these acts were committed by ‘Appachchi’ as she called him since 06 years of age.

She is studying at a well known girls' college in Kandy and has been at home these days until the release of the GCE O/L results.

According to reports, the suspect would take the girl out when her mother was not home, and buy her expensive gifts at shopping malls in Kandy. He is accused of sending the driver of the official vehicle away and being alone with the girl in the parking lots of these shopping complexes for hours.

A complaint has also been lodged with the National Child Protection Authority in this regard.

The officer is said to be in relationships with many other women, and it is said that one of them had released the details of the child’s abuse and a video of the acts. Two women said to be in a relationship with him have since given evidence against him.