The Tamil Diaspora in New York has staged a protest in front of the United Nations Headquarters in New York demanding action against the Sri Lankan President over the genocide of Tamils.

The protest organised by the Tamil Eelam Transnational Government (TGTE), was held on Wednesday (22), the same day the Sinhalese diaspora staged a protest demanding justice for the victims of the Easter Sunday attacks.

In both protests, US flags were waved, but a significant difference was that the Tamil Diaspora held the Tamil national flag and the Sinhala Diaspora protesters hoisted the lion flag.

During the Tamil protests, a white van was seen on the street with the words "Sri Lanka is guilty of genocide" and a picture of President Gotabhaya Rajapaksa declaring, "I killed them." 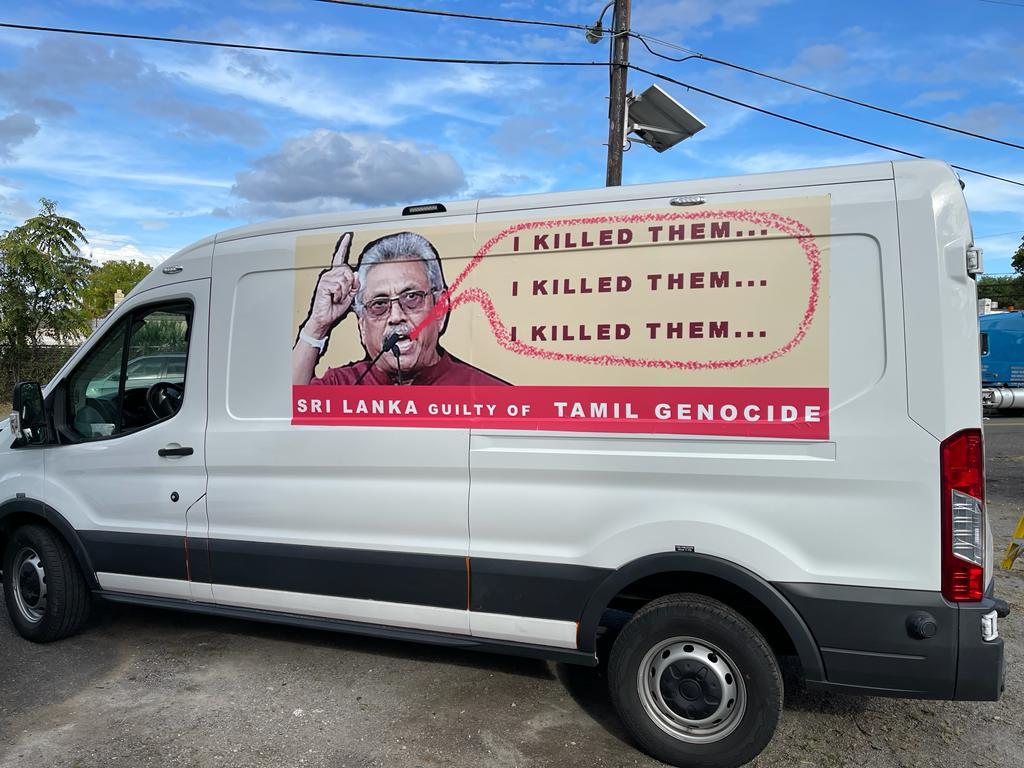 The TGTE said while inviting heads of state to address the UN general assembly was the norm, they were shocked to learn that President Gotabhaya Rajapakse, who has been accused of being a war criminal, had been invited to attend a UN summit.

"Genocidal leader Omar al-Bashir addressed the gathering. We also know that Ugandan dictator Idi Amin was also allowed to address this House. In that sense, it is not surprising that Gota was given the opportunity to address the summit," said TGTE Prime Minister Vishwanathan Rudrakumar.

The TGTE leader challenged the Sri Lankan president to sign the Rome Statute, which the government agrees to go to the International Criminal Court, and appealed to the State Department to take steps to prevent Gotabhaya Rajapaksa from visiting the United States in the future.