Foreign investors have been shocked by an illegal land grab attempt where the Police had forcibly entered and taken into possession a property that had been legally transferred to a foreign investment firm by the National Housing Development Authority (NHDA), it is learnt.

It is reported that on Sunday (19), some unknown persons, along with a few officials of the NHDA and the Police had forcibly entered the said property, a freehold land with an extent of 214 perches situated at Darley Road, Colombo 10, by removing part of the fence surrounding the property and had evicted the owner’s security personnel from the property, without any Court Order permitting eviction of its owner from the property.

A leading analyst of the Colombo Stock Exchange warned that such incidents will invariably lead to foreign investors losing what little confidence they have in Sri Lanka. 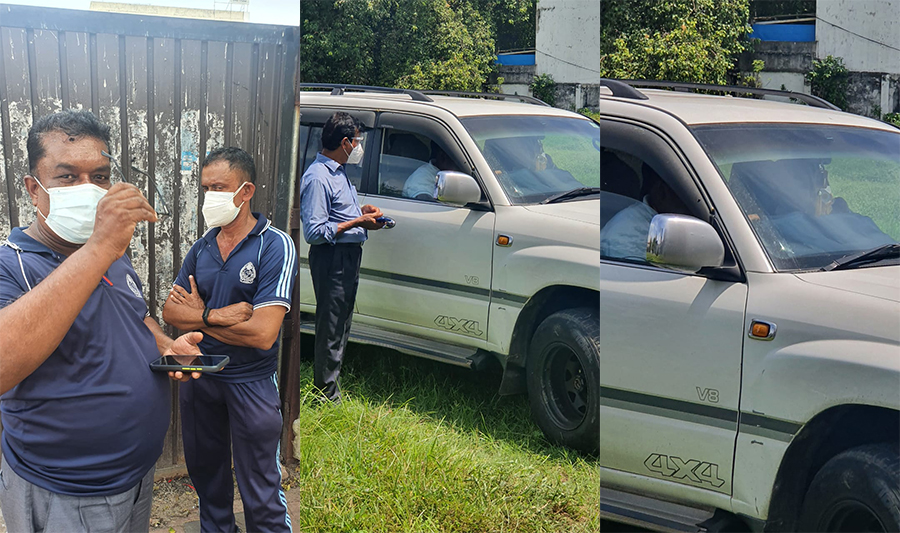 In 2006, the then Housing Minister of the Mahinda Rajapaksa government, Ferial Ashroff, had submitted a cabinet paper to transfer the NHDA-owned property to the Indian L&T Infrastructure Development Ltd., for a luxury condominium project which had received Cabinet approval. The foreign investment would have amounted to 70% of the total cost.

However, the proposed project had been delayed and no construction took place during this period.

In 2010, Cabinet approval was received for a new proposal submitted by Housing Minister Wimal Weerawansa to transfer the property to another investor.

Furthermore, Housing Minister in the Yahapalana administration Sajith Premadasa had also taken steps to collect arrears due to the government from this project with the intervention of the Indian High Commission.

Therefore, three successive governments had facilitated the transfer of this property to foreign investors.

After the project was approved, the shares belonging to the foreign investors had been acquired by Oak Street (Pvt) Ltd. A spokesperson for the company said that a sum of Rs. 2.4 billion had been invested in this property at that point in time.

"All payments due to the National Housing Development Authority (NHDA) in respect of the above property including NHDA’s profit share in terms of the Joint Venture Agreement signed in respect of the property have been fully settled by the Oak Street (Pvt) Ltd," the spokesperson said.

However, officials of the NHDA along with the Police had forcibly entered the property and evicted the owner’s security personnel from the property on Sunday morning (19).

A senior NHDA official when contacted said that the Authority was simply executing the directives issued by the Attorney General's Department.

"The property was set aside to build a luxury condominum complex. The foreign investor who came forward is yet to commence construction. Therefore, the agreement reached with the National Housing Development Authority has been violated. We had received an order from the Attorney General's Department to take over the land. We acted under those orders,” the official said.

However, a senior official of Oak Street (Pvt) Ltd said that the land had been acquired by the company on freehold basis and that they had settled all dues.

"NHDA has confirmed the receipt of all dues in respect of the said property and there being no further dues, claims whatsoever from the developer and had further declared and confirmed that the developer’s obligations under and in terms of the Joint Venture Agreement with the NHDA have been satisfactorily complied with, as evinced by two Notarial Receipts Nos. 9533 & 9534 dated 5th May 2016 executed by the NHDA in favour of Oak Street (Pvt) Ltd.," the official noted, adding that the NHDA had no right to interfere with this property.

“Some officials have misled the competent authorities regarding this. We will go to the Courts as we have evidence to prove it,” the official added. 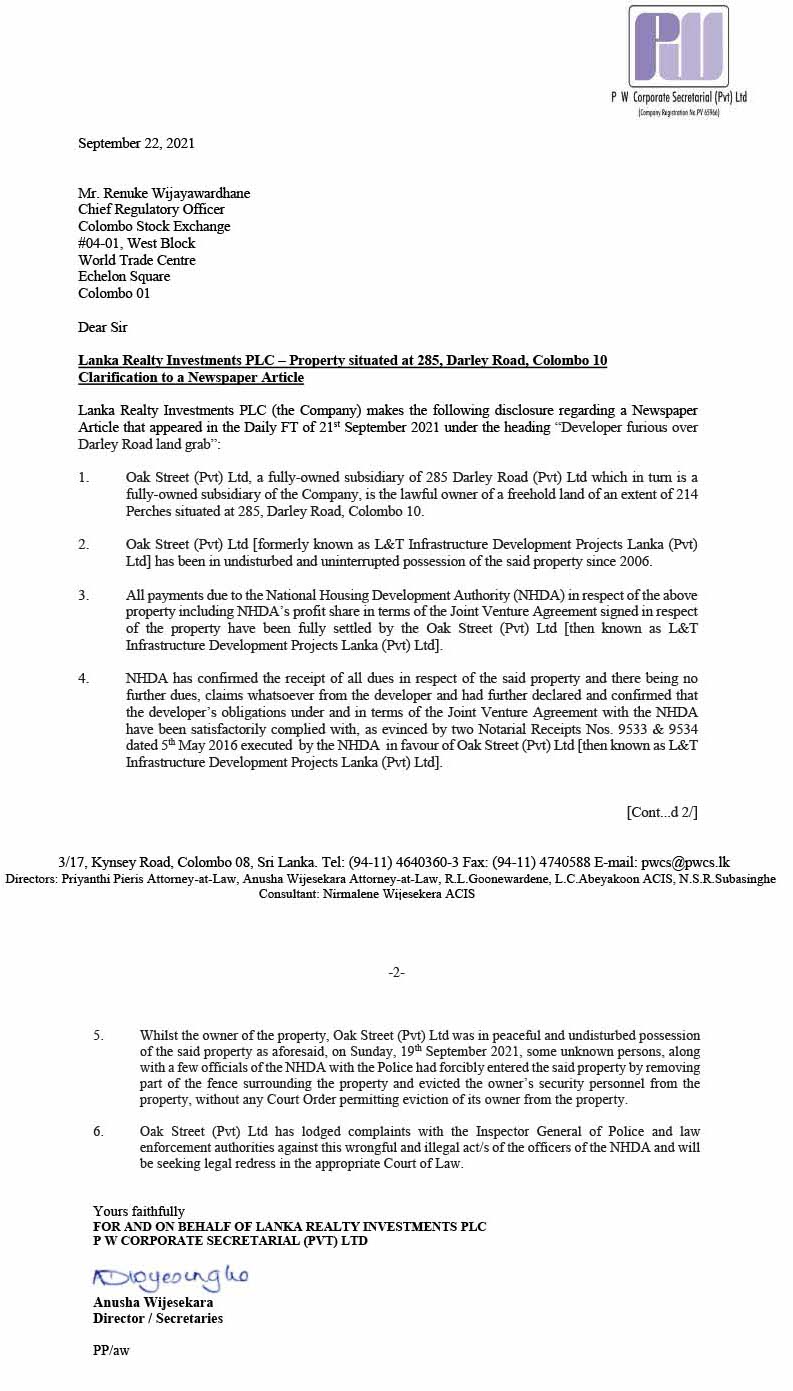