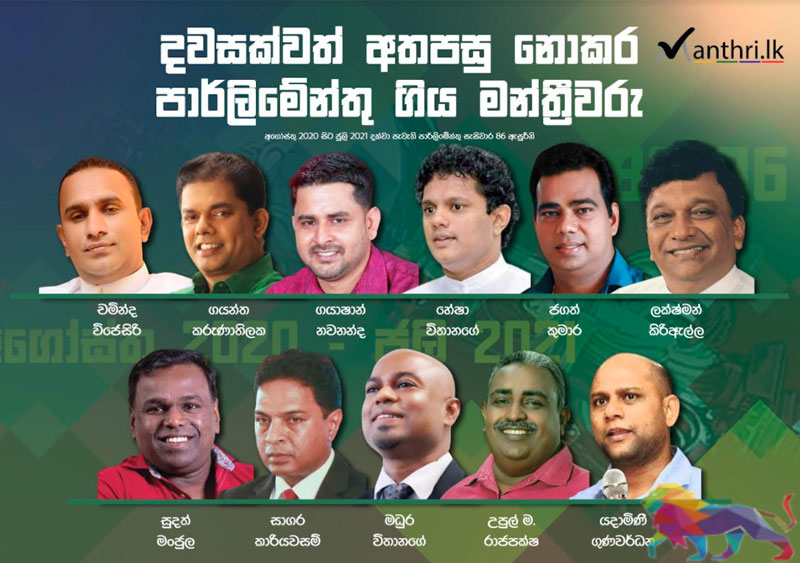 The government has managed to edge out the opposition by reporting better attendance scores in the 9th Parliament of Sri Lanka.

The 9th Parliament marked one year in August 2021 and an NGO recently revealed the 11 MPs that attended all the parliamentary sessions during that year.

It had also revealed that the opposition however had come out ahead of the government in terms of parliamentary performance during the time period.

Manthri.lk states that the following 11 Members of Parliament have participated in each of these sessions.