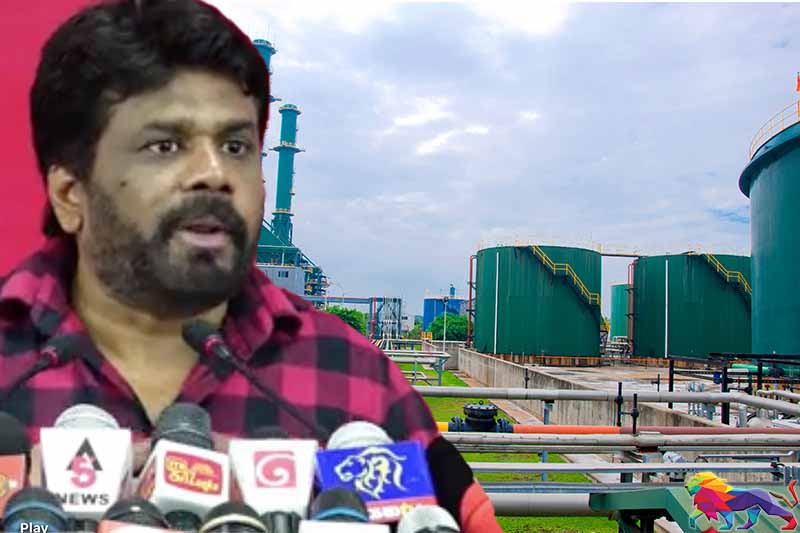 Leader of the Janatha Vimukthi Peramuna (JVP) Anura Kumara Dissanayake said the party will take legal action against the government signing a deal with a US company for electricity generation and the supply of liquefied natural gas (LNG).

Dissanayake accused the government of handing over the contract in violation of tender procedures, and also claimed no cabinet minister had seen the agreement despite it allegedly receiving cabinet approval.

According to him, the government has signed a midnight agreement with a US firm even though the cabinet paper for this project was not seen by any cabinet minister, though it was approved.

“The agreement was signed at 12:06 AM on Saturday (18). Thereafter the President flew off to the US,” he claimed.

In July this year, the JVP had warned there was an attempt to hand over all the operations of the Yugadanavi Power Plant in Kerawalapitiya as well as the supply and storage of LNG, to a US-based firm and that it was the doing of the Minister of Finance, who is also a US citizen.

Dissanayake said that according to the agreement,  the Terminal will be located off the coast of Colombo to supply gas to the country’s power plants, primarily located in the Kerawalapitiya Power Complex.

The Kerawalapitiya Power Complex consists of 300 MW in operation today and is ultimately expected to grow to over 1,000 MW by 2025.

As part of the Agreement, New Fortress will supply natural gas to the existing 300 MW Yugadanavi Power Plant and is negotiating the purchase of the Government’s 40% stake in the company that owns the power plant.

This power plant is currently under a long-term power purchase agreement (PPA) to provide electricity to the national grid that extends through 2035.

He also noted that as Sri Lanka’s energy market is very small and any organization that takes control of the energy market will be able to control Sri Lanka. “The key component to this takeover is the electricity sector,” warned Dissanayake.