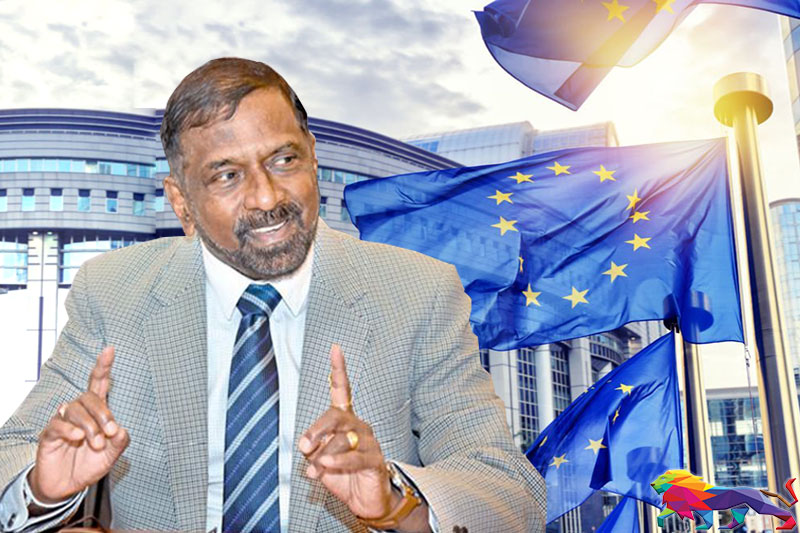 The government appears to have now discreetly adopted a more flexible approach to foreign powers despite previously championing a policy that vehemently rejected any
foreign power taking an interest in human rights abuses in Sri Lanka.
The government appears to have adopted this new policy at a time when the inflow of foreign currency into the country has been severely affected while the country is already facing a severe economic downturn.
This change of policy was revealed initially when President Gotabhaya Rajapaksa announced in June his readiness to work with the United Nation to ensure accountability. This has now been further confirmed with the Foreign Ministry welcoming the visit of a European delegation to inquire into the human rights situation in Sri Lanka.
An EU delegation is due to arrive from Brussels later this month to decide if it would be appropriate to extend tax concessions granted to Sri Lanka.
The group will arrive in the island from September 27 and will stay until October 5, the EU office in Colombo said.
The Foreign Secretary of Sri Lanka says that their arrival is most welcome.
Foreign Secretary Jayanath Colombage in response to a question posed by the journalist has said he invites the delegation to come and observe.
He noted that the delegation would be most interested in the abolishment of Sri Lanka’s draconian Prevention of Terrorism Act when considering the extension of the GSP + tax concession.
If the PTA is not repealed Sri Lanka is also at the risk of losing not only the export tax concession but also European aid the country receives for counter-terrorism activities.
However the Foreign Secretary has maintained that while a terrorism prevention law is a necessity for any country, Sri Lanka eagerly awaits the EU delegation. “We are not afraid, and we have nothing to hide,” he said.
However, UN High Commissioner for Human Rights Michelle Bachelet in an oral report on Sri Lanka at the Geneva conference said that the Sri Lankan government has confirmed the appointment of a cabinet subcommittee to reconsider the Prevention of Terrorism Act.
The Comission appointed to review recommendations made by previous commissions on the PTA in its interim report had recommended that existing terrorism laws in Sri Lanka be maintained.
At the time of accepting the report, President Gotabhaya Rajapaksa had expressed readiness to work with the United Nations for accountability and reconciliation.
The UN High Commissioner for Human Rights has also expressed interest in seeing the final report of the commission, which is expected to be released later this year.
The European Union (EU) will review Sri Lanka's human rights record in November this year, when the GSP + concession will also be reconsidered, and the European delegation is visiting Sri Lanka later this month to monitor the situation.
During their stay on the island, they will meet with the President, the Prime Minister, the Foreign Minister and other government officials as well as other parties, Admiral Jayanath Colombage said.
The preferential tax relief (GSP +) was suspended in February 2010 due to the Mahinda Rajapaksa administration failing to put into action the International Convention for the Protection of Human and Labor Rights, the Environment and Good Governance. The GSP+ was reinstated in May 2017 after the Good Governance Government promised to uphold and implement 27 international conventions on human rights.
Local and foreign reports have alleged that human rights abuses that continued during the previous regime have escalated under the current Rajapaksa government.
Sri Lanka's leading exporters warn that the loss in the garment sector alone could exceed US $ 520 million if the tariff concession granted to Sri Lanka is lost.