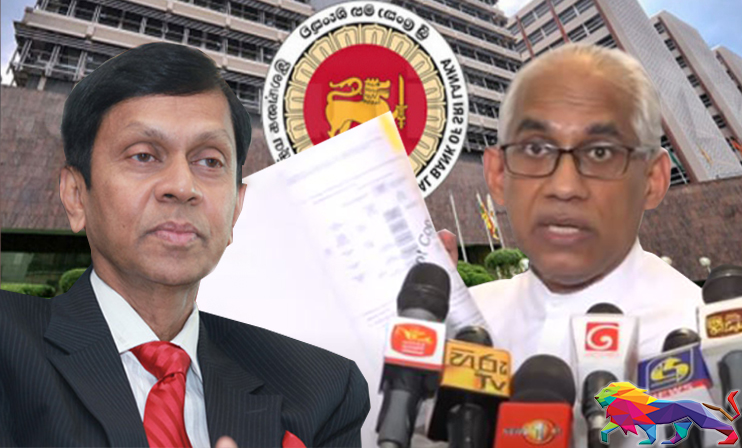 Former State Minister of Finance Eran Wickramaratne has raised concerns over the probable appointment of Ajith Nivard Cabraal as the Governor of the Central Bank of Sri Lanka (CBSL).

After incumbent Governor Prof. W.D. Lakshman announced his intention to retire from his position next week during a press briefing held via video conference on Friday (10), speculation was rife in political circles that former CBSL Governor and incumbent State Minister of Money and Capital Markets and State Enterprise Reforms, Ajith Nivard Cabraal is tipped to be reappointed to the position following the retirement of Professor Lakshman.

Speaking to reporters at his office in Kirulapone yesterday, he pointed out that five forensic audit reports submitted by reputed institutions have revealed a conflict of interest where many members of Ajith Nivard Cabraal’s family were part of various financial institutions during his tenure as the Governor of the Central Bank.

"The Presidential Commission of Inquiry to investigate and inquire into the Bond Scam had instructed to conduct forensic audit reports on the transactions that took place between January 2002 and February 28, 2015. There are five forensic audit reports done by reputed institutions such as PDO and KPMG. These reports talk about a conflict of interest where many members of Mr. Cabraal’s family were in various financial institutions during the time Mr. Cabraal served as the Governor," Wickramaratne said.

On April 27, 2017 while Dr. W.A. Wijewardena, a former Deputy Governor of the CBSL was testifying before the PCoI, he was questioned on whether he was aware that Cabraal has disclosed the conflict of interest of positions his sister is holding in the HDFC Bank and Perpetual Capital Holdings. Dr. Wijewardena had stated he was unaware if such a disclosure had taken place or not.

Wickramaratne said that former Monetary Board member Mano Ramanathan had revealed to the Forensic Committee that no declaration was made to the Monetary Board about the conflict of interest as required by the law.

He further pointed out that the former Governor is a politician and a minister in the present government, adding that "It is very clear that if you are a politician or a minister, you cannot be appointed as the Governor of the Central Bank.

Wickramaratne said that Central Banks are always independent of the government and they aren't just another government department. He noted that their primary responsibility is to look at the stability of the financial system, and secondly, it is to make sure that inflation is under control. Therefore, the CBSL needs to have the independence to ensure these policies.

"Usually, a very experienced official from the bank can aspire to be appointed. If it's an outsider, he should have the relevant economic and monetary economic backgrounds. Some might believe that by resigning from the ministerial post, a politician can then become the governor of the CBSL. It cannot be done as this presents a clear conflict of interest. This is unethical as there has to be a cooling off period before such an appointment is made," he observed.

The SJB parliamentarian also highlighted the February 2021 sentencing of Imaad Shah Zuberi, who is now serving a 12-year prison sentence after being tried by the US government for illegal lobbying and campaign contributions. Zuberi had cheated the Sri Lankan government out of millions of dollars promising to rebuild the country’s image in the United States following the end of the war. 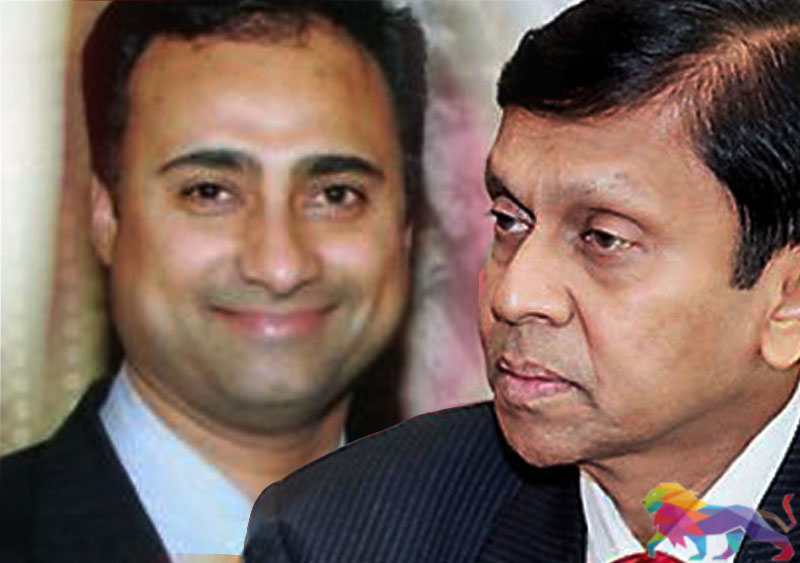 As such, in 2014, Zuberi was hired by the Sri Lankan government for an initial fee of USD 8.5 million.

"Who paid Zuberi? Did the Monetary Board know about it ? He was promised USD 8.5 million and has already received USD 6.5 million. These funds were paid during the term of the previous CBSL Governor, Ajith Nivard Cabraal," Wickramaratne noted.

"Under this context, Mr. Cabraal is very, very unsuitable to be the Governor of the CBSL before the government investigates the revelations in the forensic audit reports. I as the Minister of State for Finance weren't able to follow it up as these reports came out at the end of 2019. But this government has tried to sweep these reports under the carpet and that is not possible as these are forensic audits that came through a Presidential Commission and they must be investigated," he added.