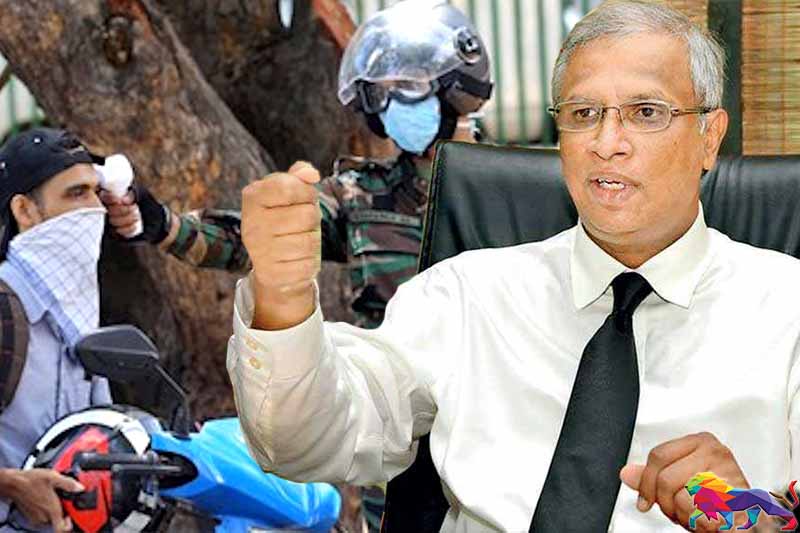 A year after the Tamil National Alliance (TNA) presented a draft bill for a public health emergency act in order to lawfully deal with the Covid-19 pandemic and future pandemic disaster situations, a leading private sector trade union has submitted amendments.

Free Trade Zones and General Services Employees’ Union (FTZGSEU) Joint Secretary Anton Marcus, in a letter to TNA Parliamentarian M.A. Sumanthiran who presented the draft bill to Parliament as a private member motion, requested that two amendments that affect labourers be included in the bill.

“Where a public health emergency has been declared (under section 2 of this Act), there shall be constituted a “Factory Health Committee” (FHC) in every manufacturing factory in all sectors, as bi-partite committees representing employees nominated by employees and representatives of the management of the factory to implement and monitor preventive health guidelines designed for practical implementation where necessary, based on health guidelines declared by health authorities from time to time,” FTZGSEU had suggested to Parliamentarian Sumanthiran.

“Where a public health emergency has been declared (under section 2 of this Act), all necessary powers for prevention of the contagious disease specified under Part II Section 05 of this Act, including monitoring of the spread of the specified disease to be immediately devolved and delegated to provincial Medical Officers of Health (MOH) and public health staff to be provided with infrastructure and other technical and human resources necessary for such work, while also the MOH office shall be declared as the contagious disease prevention centre of the area under the authority of the MOH,” Marcus had further proposed.

Parliamentarian Sumanthiran presented the draft bill in Parliament last October, when allegations were levelled that the manner in which the Sri Lanka Army acted in an inhuman manner during the second wave of the pandemic using regulations promulgated during the British rule.

The draft bill had been presented as an act that can be used to declare a state of public health emergency, take special measures for public security and to take action with regard to other relevant factors.

The draft bill provides for the declaration of a public health emergency with a two-thirds majority vote in Parliament and the appointment of a special committee to manage the emergency situation.

In addition to the President and Prime Minister, Health, Social Welfare and Defence Ministers and the Director-General of Health Services (DGHS) will be appointed as members of this public health emergency board.

Furthermore, the Speaker is required to appoint five parliamentarians from the opposition to that board, after consulting with the leader of the opposition.

The Minister of Social Welfare should take steps to provide relief to those who face difficulties during such emergency situations, either free of charge or at a nominal sum.

It also provides for action to restrict public meetings, religious activities, non-essential occupations and loitering at public places for no more than 14 days when a public health emergency has been declared; however, it will be done based on the instructions of the DGHS.

Even though the number of Covid-19 victims have increased in an alarming manner since the presentation of the draft bill, it is yet to be taken up for debate.