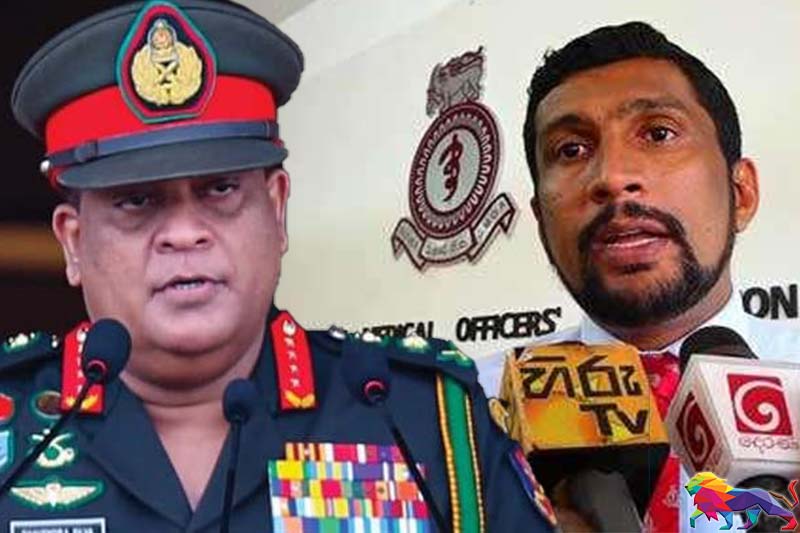 Military Spokesman Brigadier Nilantha Premaratne made this statement soon after Army Commander General Shavendra Silva told the media that the administering of the Pfizer vaccine has been handed over exclusively to the military.

After it was revealed that outsiders had been vaccinated with the Pfizer vaccine at the Kokawila vaccination centre in Chilaw during the vaccination process managed by the health authorities, the army commander had told the media that “henceforth, the administering of the Pfizer vaccine would take peace under the leadership of the army.”

“A similar issue arose in Galle, during the administering of the AstraZeneca vaccine. Why was that responsibility not given to the military,” he questioned.

Pointing out that the responsibility of implementing the vaccination drive lies with the Health Ministry, the GMOA, which is a pro-President Gotabaya Rajapaksa group, had sent a letter to Health Minister Keheliya Rambukwella expressing their strong opposition and displeasure in this regard.

Commenting on this incident, Brigadier Premaratne said: “It has not been informed officially that administering of the Pfizer vaccine has been handed over to the military alone.”

Sri Lanka received 100,000 doses of the US-made Pfizer vaccine through the COVAX initiative, a project co-sponsored by the World Health Organisation (WHO) to give vaccines to low-income countries.