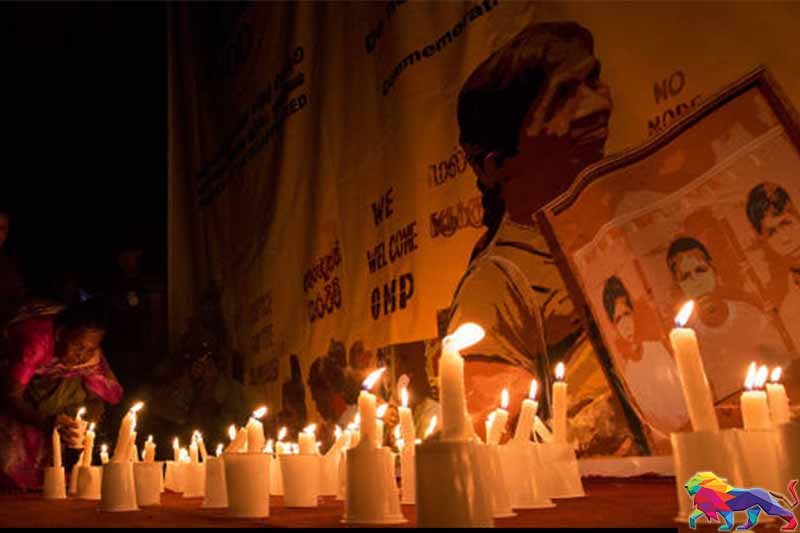 Tamil mothers who commemorated the International Day Against Disappearances, remembering those who went missing 12 years ago, have protested against the Sri Lankan government as well as the United Nations for failing to find their loved ones.

Mothers in the north protested in their homes on August 30 as the government locked up the entire island to control the deadly epidemic, according to provincial correspondents.

The protest was launched by lighting candles in memory of the dead and displaying placards calling for justice.

Protesting mothers in the Mannar district offered flowers and lit candles in memory of their loved ones pledging that they would not give up the struggle until the truth is revealed.

Mullaitivu District Secretary of the Association of the Relatives of the Enforced Disappearances (ARED) Prabhakaran Ranjani at a press conference challenged the government to reveal the names of those who have gone abroad as alleged by several government representatives.

She added that the relatives of those who had been victims of enforced disappearances had been handed over to the security forces by their own family members at the end of the war.

Ampara District ARED Leader T. Selvarani speaking at a press conference on the International Day Against the Disappearance emphasized that no government in power in the last 12 years has worked to trace their relatives.

She said she could not trust any local mechanism proposed by the government to bring justice to the missing, adding that international intervention is essential to find out the fate of their loved ones.

On the final journey without knowing the fate

Nearly 90 parents who joined the ongoing struggle for justice launched in the North to find their loved ones who have been forcibly disappeared have died without knowing the fate of their children.

According to a letter sent to the UN High Commissioner for Human Rights, ARED says more than 30 children have gone missing after surrendering to the army.

OMP after three and a half years

Since its inception three-and-a-half years ago the Office of the Missing Persons (OMP) has failed to find a single close relative of those who have been struggling to find the missing.

However, the establishment of the OMP office by the previous government has once again been hailed by the United Nations as an "important step".

"The establishment of the Office on Missing Persons (OMP) in 2018 was an important step by the Government of Sri Lanka. Building and maintaining the trust of victims and their relatives is essential for the success of the OMP. A fully independent and effective institution, with the resources, skills and political support needed for its crucial work can help victims and families find answers," said Hannah Singer, UN Resident Coordinator in Colombo, in a statement.

Relatives of the missing have asked the United Nations how justified it is to forcibly impose an institution that has been rejected by relatives.

"The OMP office was created with the dictatorial tendency without taking into account the recommendations submitted by the Consultation Task Force formed in accordance with the Resolution 30/1. This OMP was set up secretly without the knowledge of the relatives of the enforced disappearances. Requests made by the relatives of the enforced disappearances to rectify the shortcomings and the recommendations of the Consultation Task Force were not taken into account since the enactment of this OMP bill. So we carried out a series of protests condemning the opening of this OMP office," said a letter to the Commissioner for Human Rights, Michelle Bachelet by Yogarasa Kalaranjani, chairperson, and Anandanadarajah Leeladevi, secretary of the ARED.

The former OMP chief also acknowledged that their relatives were angry over the office set up by the Maithri-Ranil government under his leadership on February 28, 2018.

"We have met with thousands of family members at the Office of the Missing Persons who are angry and saddened by the current state of the disappearances. Among them are those who have protested against the government's handling of the disappearances, who have no confidence in government agencies and who are seeking international intervention,”said President's Counsel Saliya Peiris, in a statement commemorating the OMP's two year anniversary.

Satyagraha campaigns began in February and March 2017 in Vavuniya, Kilinochchi, Jaffna, Mullaitivu, Trincomalee and Ampara districts, demanding the government reveal the fate of their loved ones who went missing during the last days of the war and were detained by the security forces.

The former OMP chief said in his two-year anniversary announcement that the government had a "legal and moral responsibility" to reveal to relatives the fate of those who could not be traced.

However, the current President Gotabaya Rajapaksa, who was the wartime defence secretary, had told Hanna Singer, the UN Resident Representative in Sri Lanka in 2020, that people who went missing during the war in the North during the rule of his brother Mahinda Rajapaksa had died.

He then went on to say that a United Nations agency had said "a large number of people who are said to be missing" have died.

An operation to stop international funding

In June 2021, an international human rights organisation pointed out that the appointment of a former IGP during the war to Sri Lanka's Office of Missing Persons completes the militarisation of this transitional justice mechanism established under the previous government.

Following the approval of the parliament on May 20, the government appointed former IGP Hapu Arachchige Jayantha Shantha Kumara Wickramaratne alias Jayantha Wickramaratne to the OMP.

The International Truth and Justice Project for (ITJP) described the appointment as an event that would erase any opportunity for truth and justice for the families of the missing.

“It’s hard to make this up – the man who was in charge of three police units named by the UnitedNations investigation as involved in mass enforced disappearances at the end of the war is now investigating the disappearances himself. This is a top state official who is at risk of universal jurisdiction cases if he travelled abroad for his command role in gross violations of human rights like systematic police torture,” said ITJP Executive Director Yasmin Sooka.

The OMP Office is tasked with investigating the fate of tens of thousands of missing persons in Sri Lanka, the world's second-largest reported number of missing and enforced disappearance.

On June 1, ITJP announced that it will distribute confidential information to international bodies with a request to stop funding the OMP.

Earlier, the appointment of Judge Upali Abeyratne as the Chairman of the OMP was slammed by the families of the victims in Sri Lanka as 'direct humiliation and atrocity'. Upali Abeyratne is the head of the Presidential Commission to Investigate Political Victimization, that recommended not to prosecute members of the security forces for disappearances during the Mahinda Rajapaksa rule.