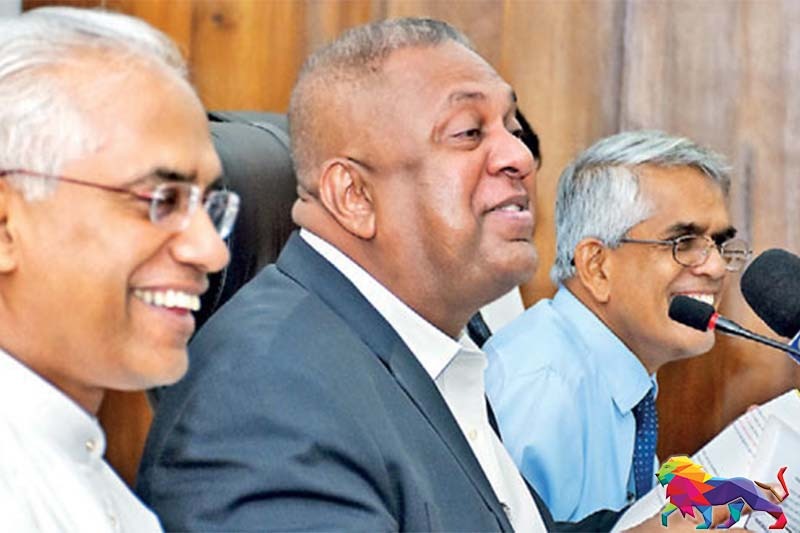 Mangala was loved by many, but disliked by some. There were many who disagreed with his liberal views, but he welcomed a conversation instead of striking fear.

He was not one to let populist demands dictate his worldview. Instead, he questioned what was accepted as the social norm.

Mangala was a reformer in the truest sense. He was committed to building institutions in Sri Lanka that would outlast governments, and help people live a life of dignity.

Mangala governed not through threats or the use of his position, but through consultation. He listened to experts, evaluated their advice against his judgement, and finalised his decision. He always took ownership of the decisions he took and reflected on their outcomes over time.

There are numerous lasting achievements that Mangala made over his 30-year long political career.

One place where Mangala had an outsized impact was in the liberalization of the telecom sector of Sri Lanka. Today, of all of Sri Lanka’s SOEs, SLT is one of the few that is profit-making. Mangala led its modernization in the 1990s, when he worked with the trade unions, brought in new technology, and invited foreign investors to develop SLT. 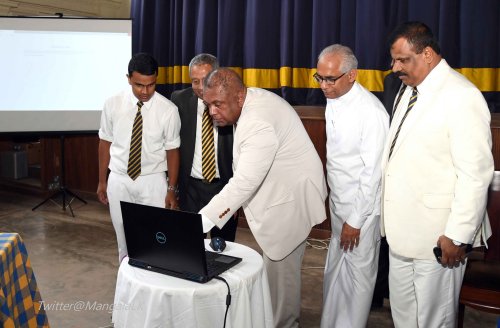 Finance Minister Mangala Samaraweera and State Minister of Finance Eran Wickramaratne at the launch of 'Royal TV' - The first TV channel by school students in South Asia at the 'Spark 2018 Innovation Exhibition' held at the Royal College in Colombo.

I had the great honour of working closely with Mangala at the Finance Ministry from 2017-2019. Having such a powerful portfolio can corrupt many men. But Mangala used this opportunity to rebuild the Treasury, and reduce the power and discretion of the Finance Minister. We passed the Inland Revenue Act of 2017 to widen the tax base. We both shared the same philosophy that people who make money should pay their fair share of taxes to the state. But in turn, we would reduce barriers to get their businesses going, so that everyone had a fair shot.

One of achievements was the primary balance in 2017 and 2018 – a repeat of 1954 and 1955, that improved our credibility in the eyes of international investors and reduced Sri Lanka’s borrowing costs. Our interaction with the Central Bank was robust, argumentative and professional. As the then Governor Dr Indrajit Coomaraswamy, then Secretary Dr Samaratunga and senior Central Bankers will affirm - always respectful of the independence of the Central Bank. Mangala did not turn away from the unpopular but sound macroeconomic advice. A man of great inner strength.

Mangala fought to reform Sri Lanka’s political environment. Many have commented on the key role he played in 1994, 2005 and the regime change in 2015. He had the unique ability to marry both civil society and political forces, by building trust between the two.

Mangala led the original efforts to beautify Colombo. One day, while Mangala and I were driving past Galle Face, he noticed that the palmyras they had planted when the UDA was under his purview were being uprooted. Mangala turned to me and said they had chosen to plant palmyras as Galle Face was a sun scorched area, an environment that palmyras would thrive in. He reflected that the trees were probably being replaced as they were a symbol of the Jaffna Peninsula. “We speak about territorial integrity and that we are one country. Yet we desperately still disown the Northern part of our country”.

Mangala was always an advocate for a united Sri Lanka. He strove to build a country where one could live in peace and dignity, regardless of ethnicity, caste or creed. He was also driven to make decisions based on evidence and rationality, not optics or mystics.

My relationship with Mangala began as a professional relationship. But over time, it grew into a bigger friendship, based on our shared vision for Sri Lanka.

With Mangala’s departure from parliament our friendship and dialogue continued by the Bolgoda lakeside. He kept briefing me on his initiatives and on the future. He had a joyous spirit, evident in his open house where he loved to entertain.

Mangala was honest, respected every individual and the most courageous politician of the modern era.

Mangala, I will miss your straightforward manner, your vision, and your friendship.

You have inspired many on your journey, and will continue to have an impact on Sri Lanka.