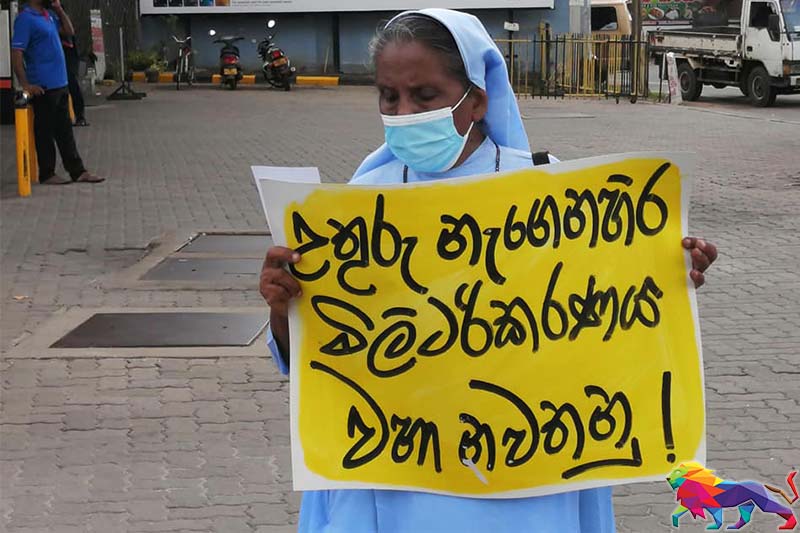 A protest had been staged in Negombo against the militarisation of the entire country, particularly in the North and East.

The protest, which was held in the Negombo city on Thursday (5) evening, had been organised by the Christian Solidarity Movement (CSM).

Activists displayed banners which read ‘withdraw Kotelawala Bill’ and ‘put an end to the militarisation of the entire country including North and East’ as the protesters’ main slogans, and it included other slogans such as ‘we condemn arresting school principals, teachers and political activists’, ‘do not militarise education’, ‘do not lay a hand on free education’ and ‘let’s oppose militarisation.’

CSM had taken steps to hold the protest in accordance with safety measures such as wearing masks and maintaining social distancing.

Civil activists stated that a large number of police officers in uniform had been deployed to the venue of the protest. 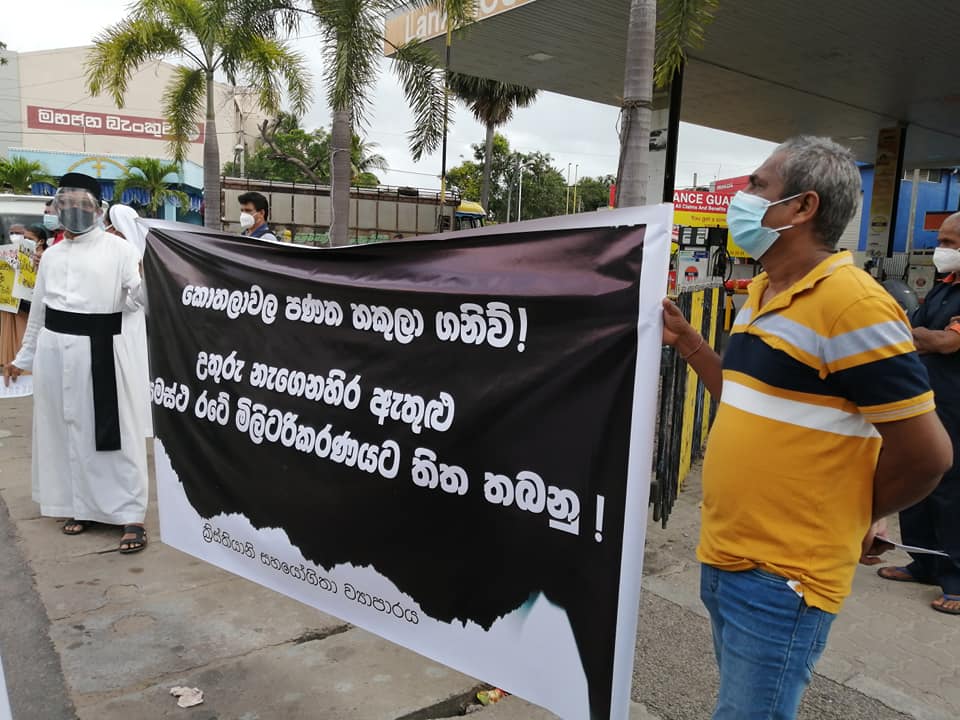 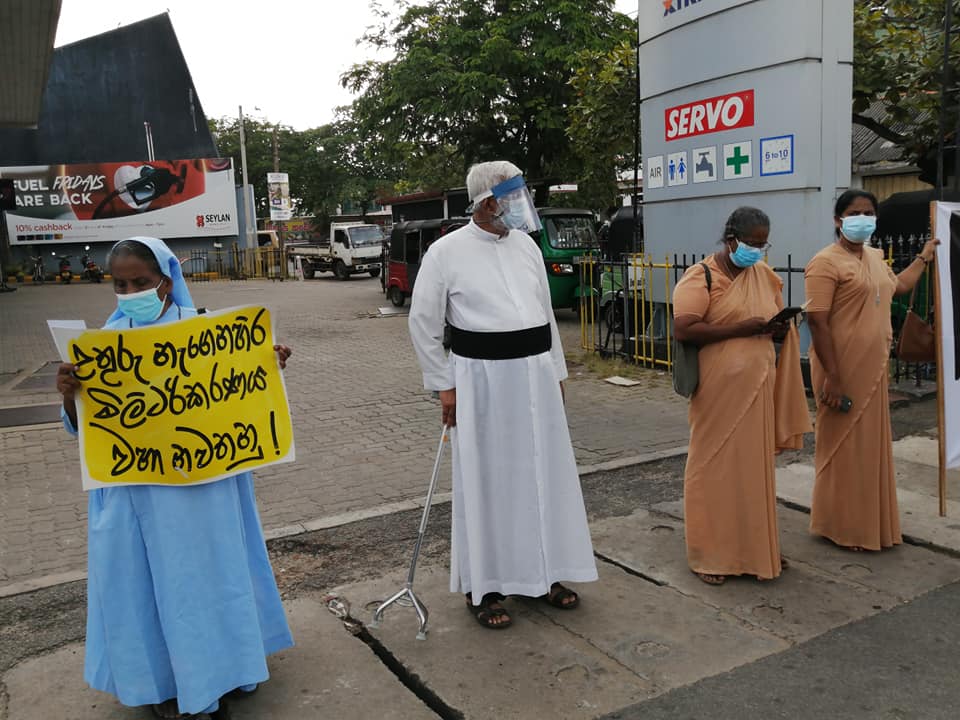