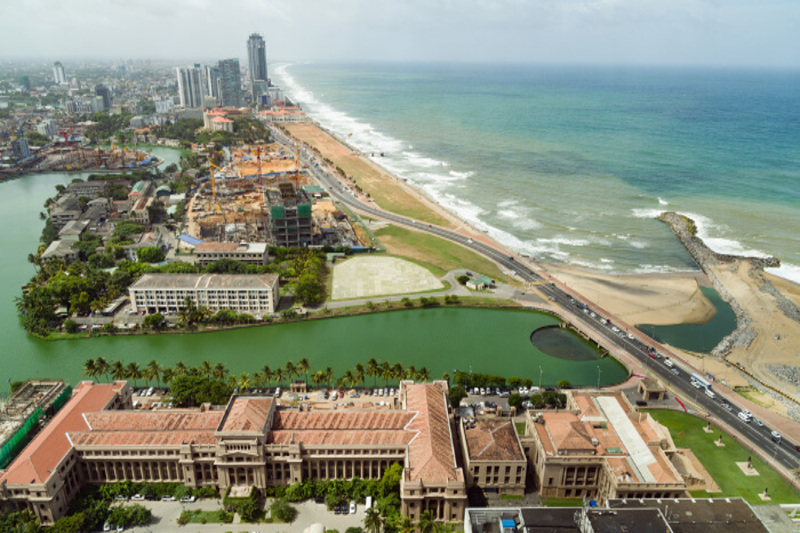 Sri Lanka paid a US$1 billion bond last week, but the alarming state of its finances suggests it may have been just another step towards its first sovereign default.

All the tell-tale crisis signs are there: bonds at nearly half their face value, debt-to-GDP levels above 100per cent, over 80per cent of government revenues being spent on interest payments alone and barely enough reserves to cover a few months of spending.

Chances of the island nation soldiering on alone look slim, especially with COVID-19 keeping the tourism industry on its knees and limiting the remittances expats are sending back from overseas.

Reflecting the gravity of its plight, Colombo's dollar-denominated government bonds are among the most distressed in the emerging market universe.

Yet last week's bond payment underscored the strong desire of the government to honour its debt and avoid the ignominy of a first sovereign default.

It has also brought it some breathing room - the next major payment is not until January, when it must find US$500 million.

But that is followed by a more hefty US$1 billion in July and another US$1 billion before the end of 2023. On top of an eyewatering fiscal deficit estimated to be around 11per cent, it could easily run out of rope.

"We always felt this was potentially heading for a default," Axa Investment Managers' Sailesh Lad said. "And in the next 12, 18, 24 months, if nothing changes, we think that is probably going to be the case." 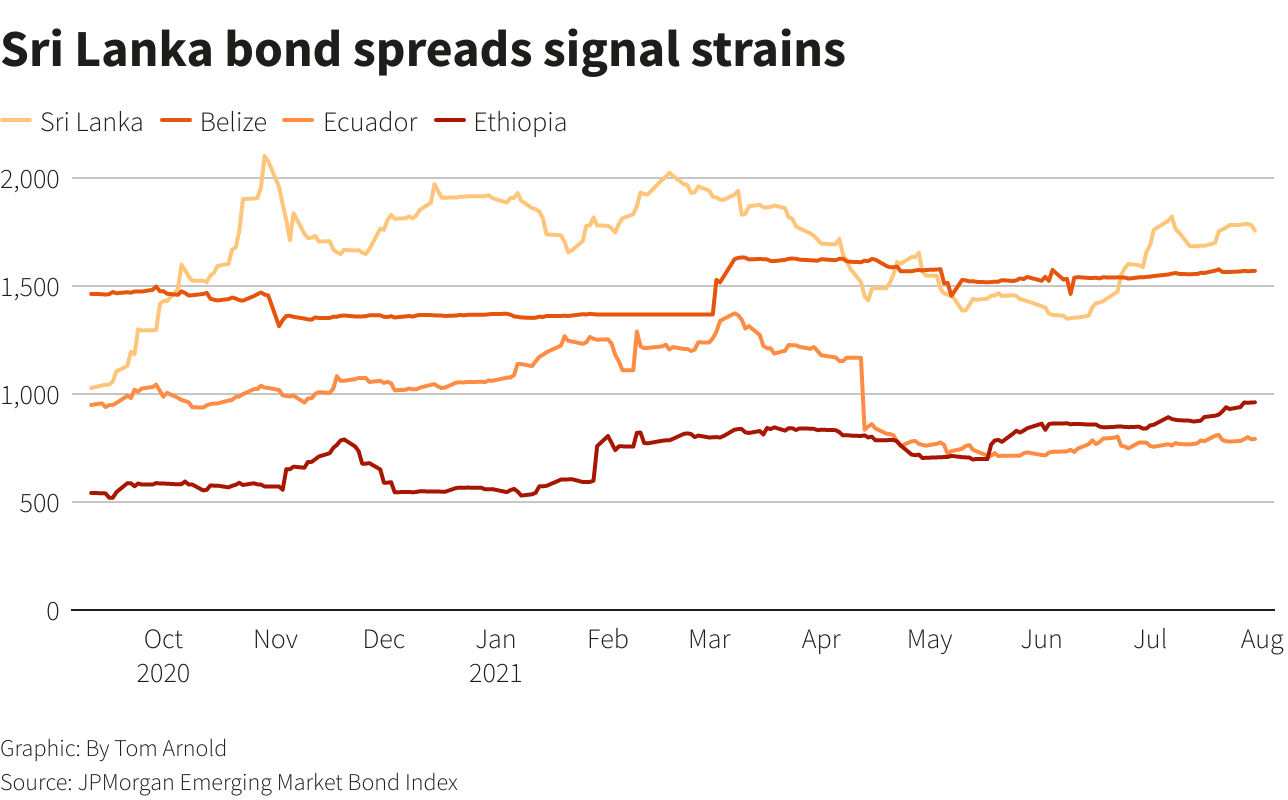 Most investors see an IMF programme as the only route out of trouble, but the likelihood it will require painful spending cuts means the government remains reluctant for now.

Instead, it appears to be favouring a muddle-through approach. It is leaning on foreign exchange swaps with China and India - which are both vying for influence in Sri Lanka - as well banking on an upcoming US$800 million injection of IMF COVID crisis money.

Cabraal also said that the drop in reserves, which has seen them halve to under US$4 billion in the last 12 months, was temporary. He expects inflows of US$2.65 billion over the next three months, in addition to a US$1.5 billion currency swap with China, as well as the rollover of loans maturing in the rest of 2021.

Analysts are unconvinced, however.

"We see the forecasted rise in reserves as overly optimistic," said Esther Yong, Asia fixed income research at Julius Baer. "The current measures undertaken are short-term in nature and not a panacea for its weak debt sustainability and external position."

There's also uncertainty about what strings might be attached to any swap deals and whether flows will materialise at all.

With its strategic geographic location and one of the deepest ports in the world, Sri Lanka has been an integral part of China's Belt and Road plan, and Colombo hopes that will convince Beijing to provide more support.

"China can lend enough money for them to muddle through, but ... are they willing to throw good money after bad?," said Carlos de Sousa, a manager of emerging market debt portfolios at Vontobel Asset Management.

"My base case is no, especially because India doesn't seem willing to play ball."

An ominous sign for Sri Lanka is that the muddle-through approach is rarely a lasting fix in struggling emerging markets.

Goldman Sachs analysts point out that since 2010, only three of the 13 countries where bond 'spreads' spiked to distressed levels for several months managed to avoid a default.

And even if Sri Lanka does change tack and opt for an IMF help, the dire state of its finances mean a restructuring would almost certainly be required.

"Mathematically, it is very hard for it to continue the way it is going," Mikhail Volodchenko, a colleague of Lad's at Axa, said. "For now it is plugging the hole and surviving." 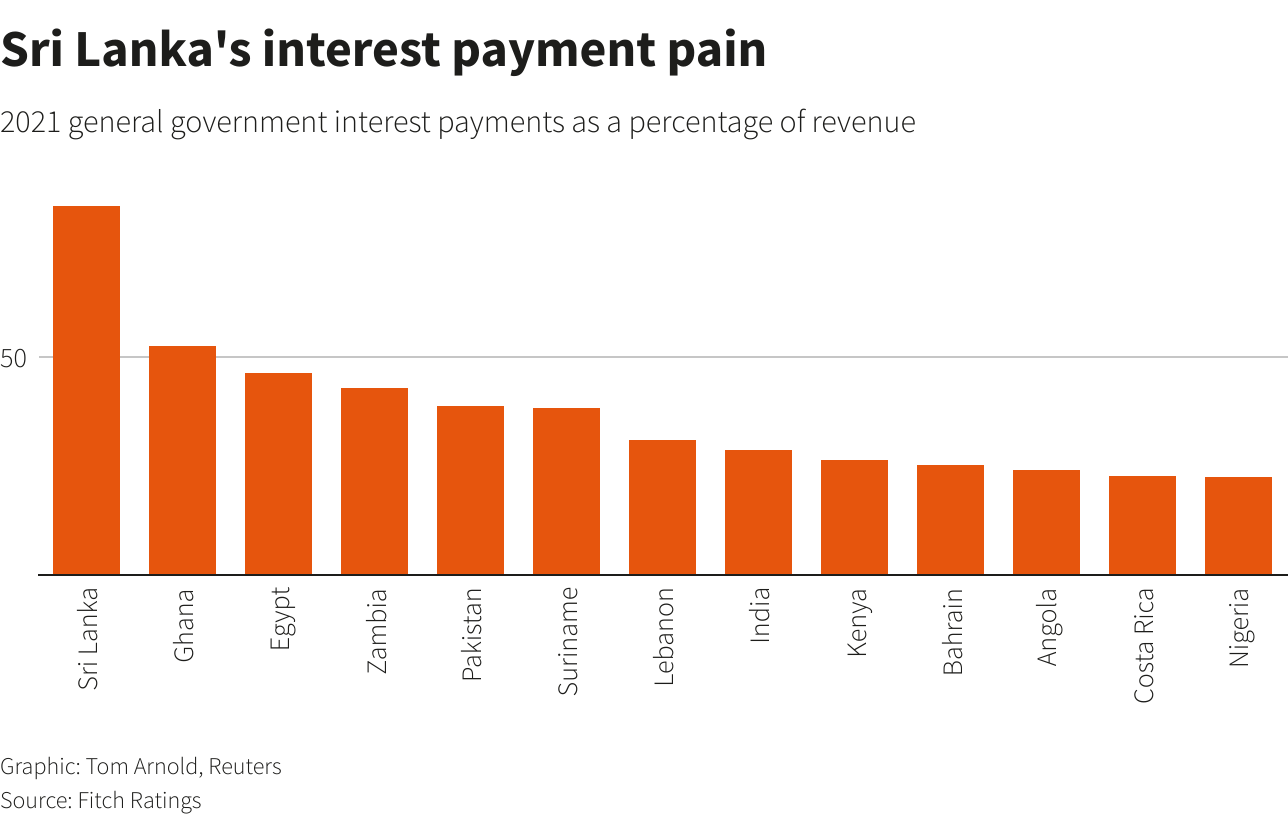