Former Minister of Foreign Affairs and Finance Mangala Samaraweera on Sunday launched an apolitical centrist movement, a 'Radical Center' committed to liberalism and centrist values based on democracy, freedom, equality and justice at the Freedom Hub in Colombo.

Although some factions with different ideologies are attempting to create alliances based solely on Anti-Rajapaksa sentiments, he said that what is really needed is an alternative based on policies and plans and not a substitute based merely on opposition.

"What the country needs today is an alternative, not a substitute. If we are to better this country’s future and to lay the foundation for a future where the youth of today can live freely let us now identify exactly what true patriotism is. Let’s start a conversation about that," he added.

Joining Samaraweera for the first press briefing of the 'True Patriots' was a group of muliti-ethinc, multi-religous youth from all parts of the island who aims for the creation of a radical centrist movement towards nation building as well as creating a new political culture based on the value systems of Lord Buddha’s middle path to Mahatma Gandhi’s path of non-violence, from Nehru, Mandela to Obama.” 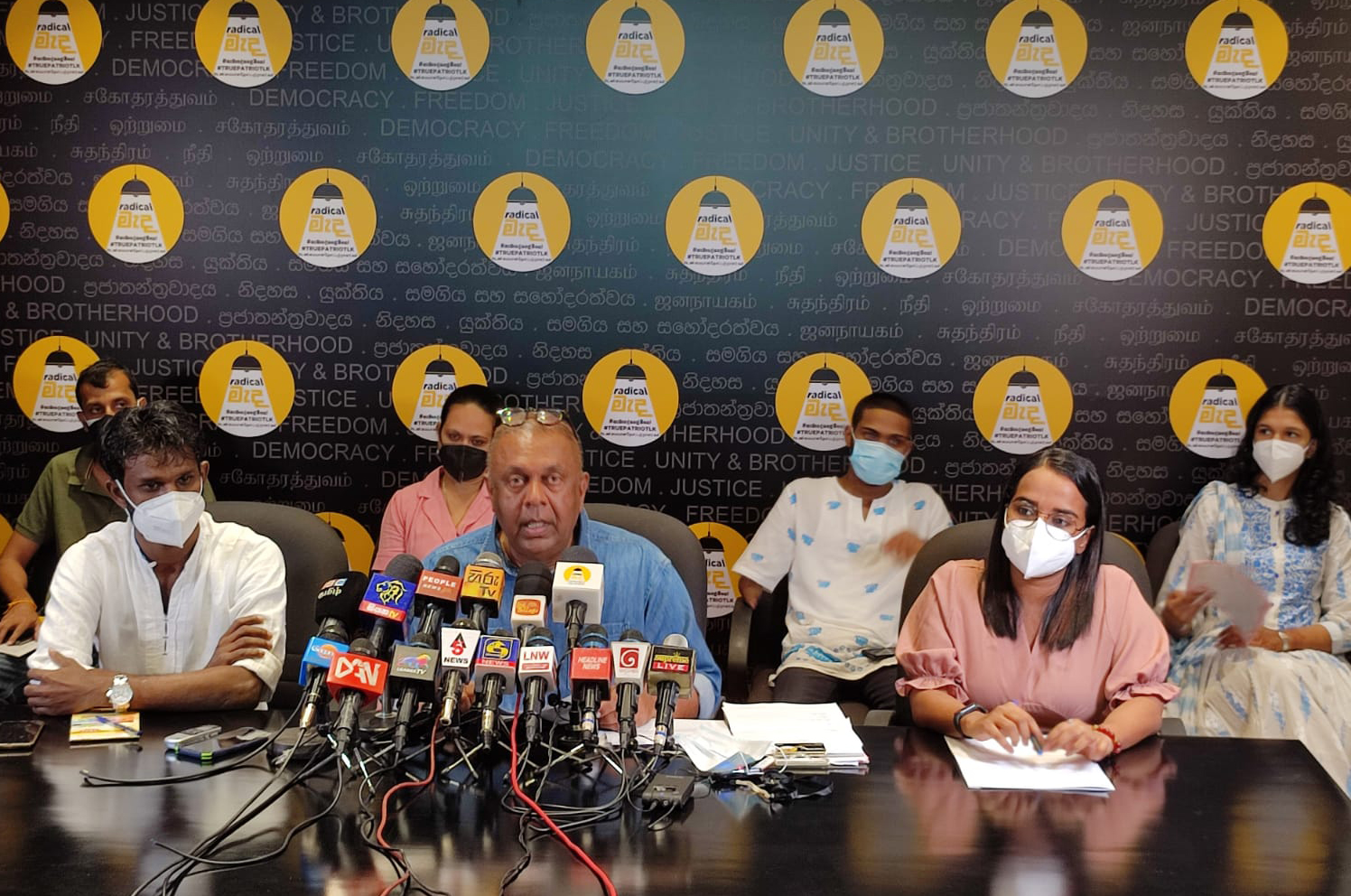 "We have fallen into bankruptcy"

We welcome you today to the first ever media conference hosted by the ‘True Patriots’ at the Freedom Hub.

We decided to hold this inaugural media discussion on the occasion of the 38th anniversary of the Black July pogrom, considered to be the darkest days in Sri Lanka’s history. Black July is yet another turning point that led to the catastrophe we are facing as a country today.

When we gained independence in 1948, we were considered one of the most developed countries in Asia. Lee Kuan Yew, the founder of modern Singapore, described Sri Lanka as a model country in the Commonwealth.

But, as many countries in the world today, including those that were considered poorer than Sri Lanka back then, are moving towards an era of Bitcoin- BlockChain- NFT- Artificial Intelligence, we have fallen into bankruptcy.

We are becoming a failed state isolated from the world.

Before July 27, we must repay a billion dollars for a loan taken in 2011. In addition, around USD 1.3 billion in Sri Lankan Development Bonds will have to be paid in December this year.

When I took over as finance minister in 2019, the foreign exchange reserves in the treasury, which stood at USD 7.6 billion, after July 27 will fall to a record low of USD 1.6 billion, the lowest level in the country’s history.

Our national income has declined by about LKR 600 billion, the lowest revenue recorded in the last seven decades was recorded in 2020.

Last year, the Sri Lanka Central Bank had to print the largest amount of money printed in a single year to cover the growing budget deficit. In addition, the amount of new loans obtained by the government for the year 2020 alone has increased by another LKR 2 trillion.

Because of this, in this situation, there is a severe shortage of fertilizer in the country. Also, there is a serious shortage of imported medicines. With about USD 1.2 billion in fuel costs still due, a fuel shortage is likely to occur very soon.Through all this the hunger of the common people is increasing day by day.

We must all acknowledge that our country has fallen into this state today because of decades of politics through the sale of so called patriotism, the voters who were continuously deceived by these so called patriots and an opposition that interfered with governments attempts to do what is right in the name of patriotism.

In fact, everyone else involved in governance, including myself, is to some extent responsible for the current situation.

The hypocritical mentality of the majority created in the name of the Five Great Forces in 1965 and its cunning culmination in the last election are primarily responsible for this devastation.

Today it is said everywhere that 'Sir has failed'. But it is not President Gotabaya Rajapaksa who has really failed but the religious, majoritarian and outdated socialist ideologies he represents.

Who has failed today is the present opposition which has gone beyond ‘Sir’ in proposing an ideology containing racism and majoritarianism as a solution.

What has failed today is the socialist mentality based on religiosity and narrow racism that has fascinated the voters of this country since 1965.

What the country needs today is an alternative, not a substitute. If we are to better this country’s future and to lay the foundation for a future where the youth of today can live freely let us now identify exactly what true patriotism is. Let’s start a conversation about that.

As true patriots let us discuss how to take the country forward economically and politically. Moreover let's free ourselves from the frog in the well mentality and plan how to conquer the world for the sake of the children of our country.

Let us talk not only about the development, security and sovereignty of our country, but also about the appearance of the country that our children will inherit in the future.

Today those with different ideologies are attempting to create alliances based solely on Anti-Rajapaksa sentiments. But what is really needed is an alternative based on policies and plans, not a substitute based merely on opposition.

That option must be a patriotic one, not limited to one race, religion, caste, party, group or family.

At this critical juncture, our country needs an alternative ideology based on democracy, freedom, brotherhood and unity based on justice and the rule of law. We need an ideology that protects the environment, plants and animals.

The principle of "Let all animals be without sorrow, healthy and healed" requires an ideology that is not limited to memorization but is actually put into action.

Although we gained independence in 1948, the failure to lay the foundation for a new independent state was the cause of the catastrophe.

Every government has tried to build a palace called Sri Lanka on land without a foundation. That is why we have been building only palaces in the sky for 73 years.

Therefore, let us now move towards a true patriotic ideology based on liberal democracy.

The Freedom Hub space is active as a center for all those who want to radically advocate the middle path or liberal democracy.

We invite all true patriots to join us through social media.

This difficult situation is the moment when we as true patriots must truly stand strong." 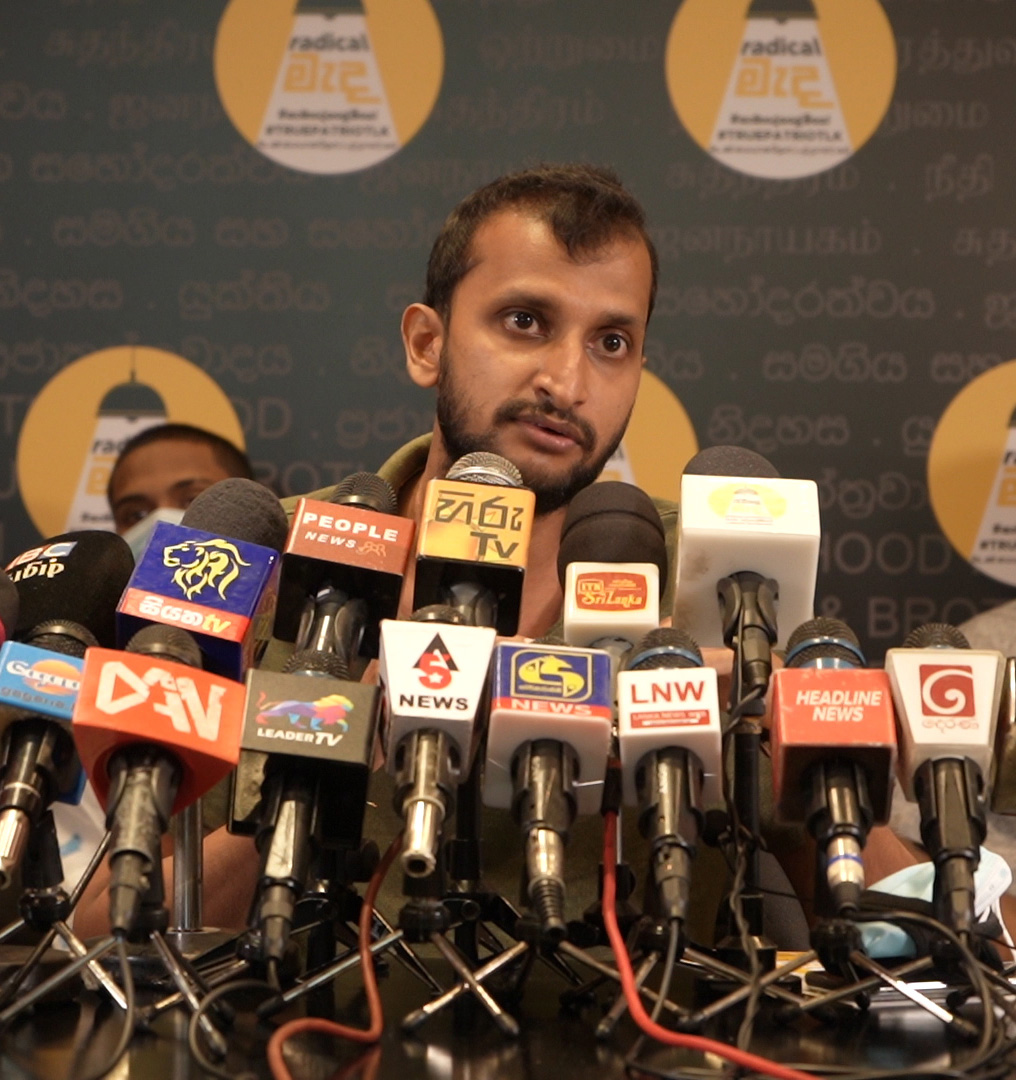 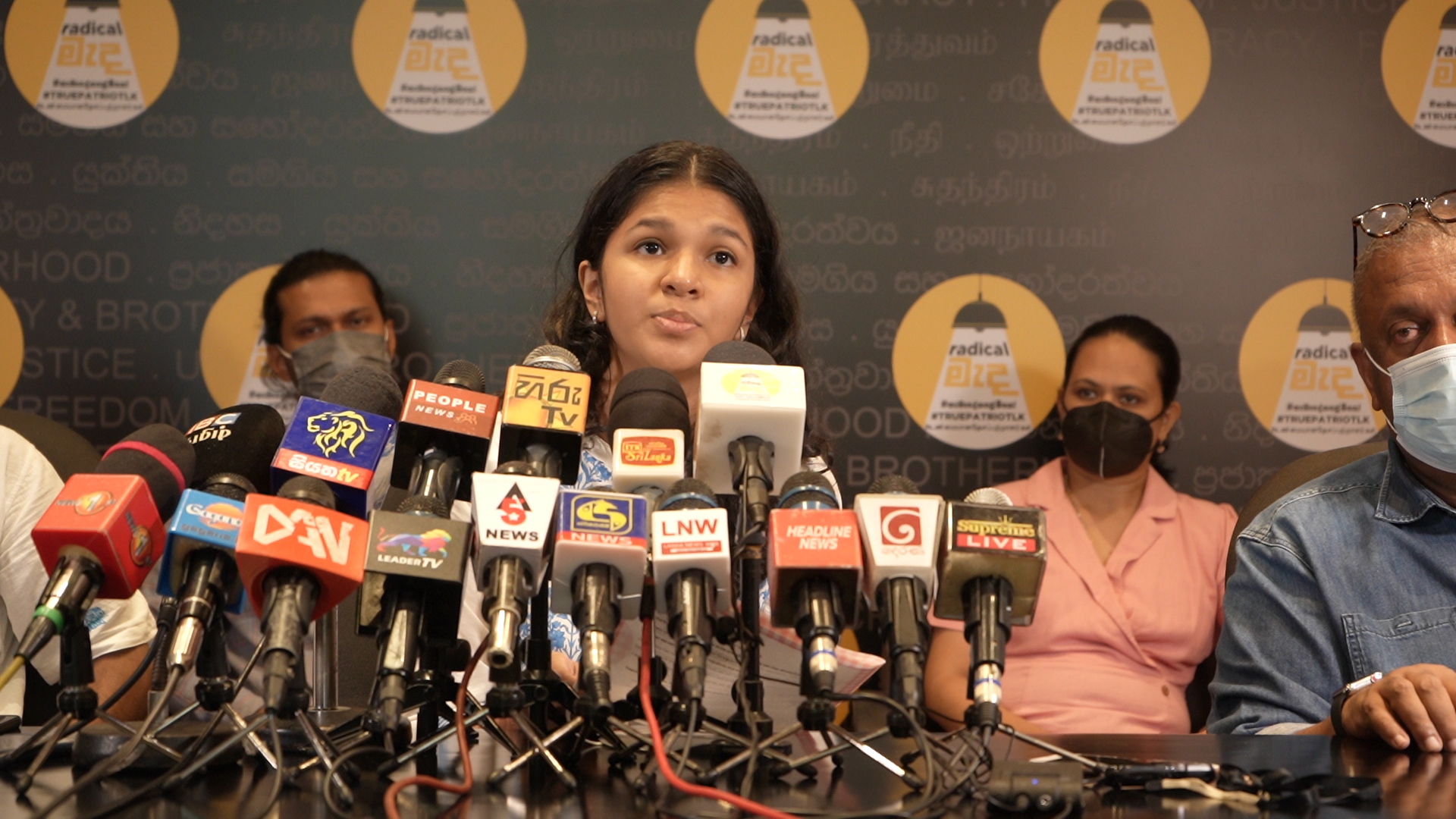 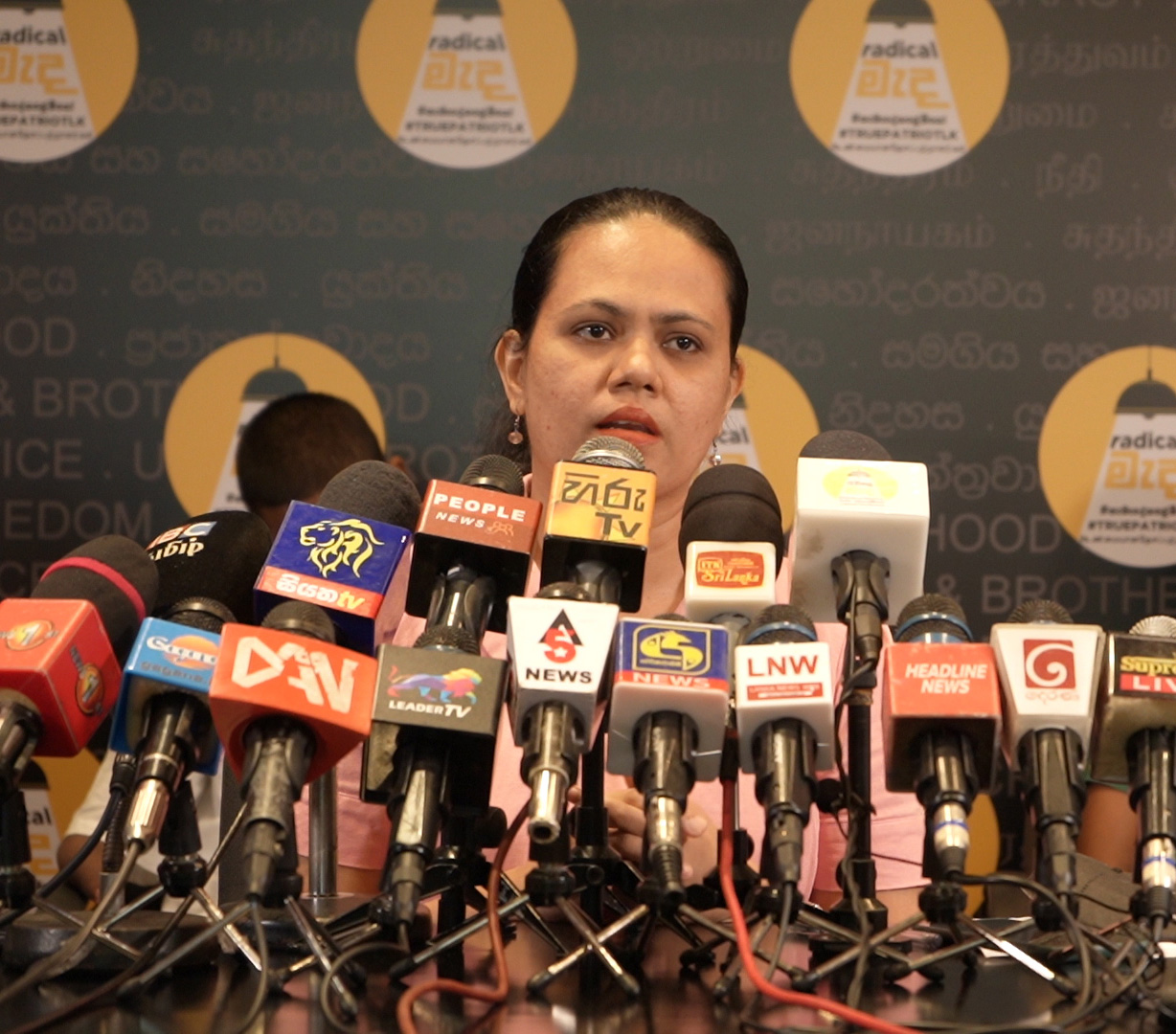 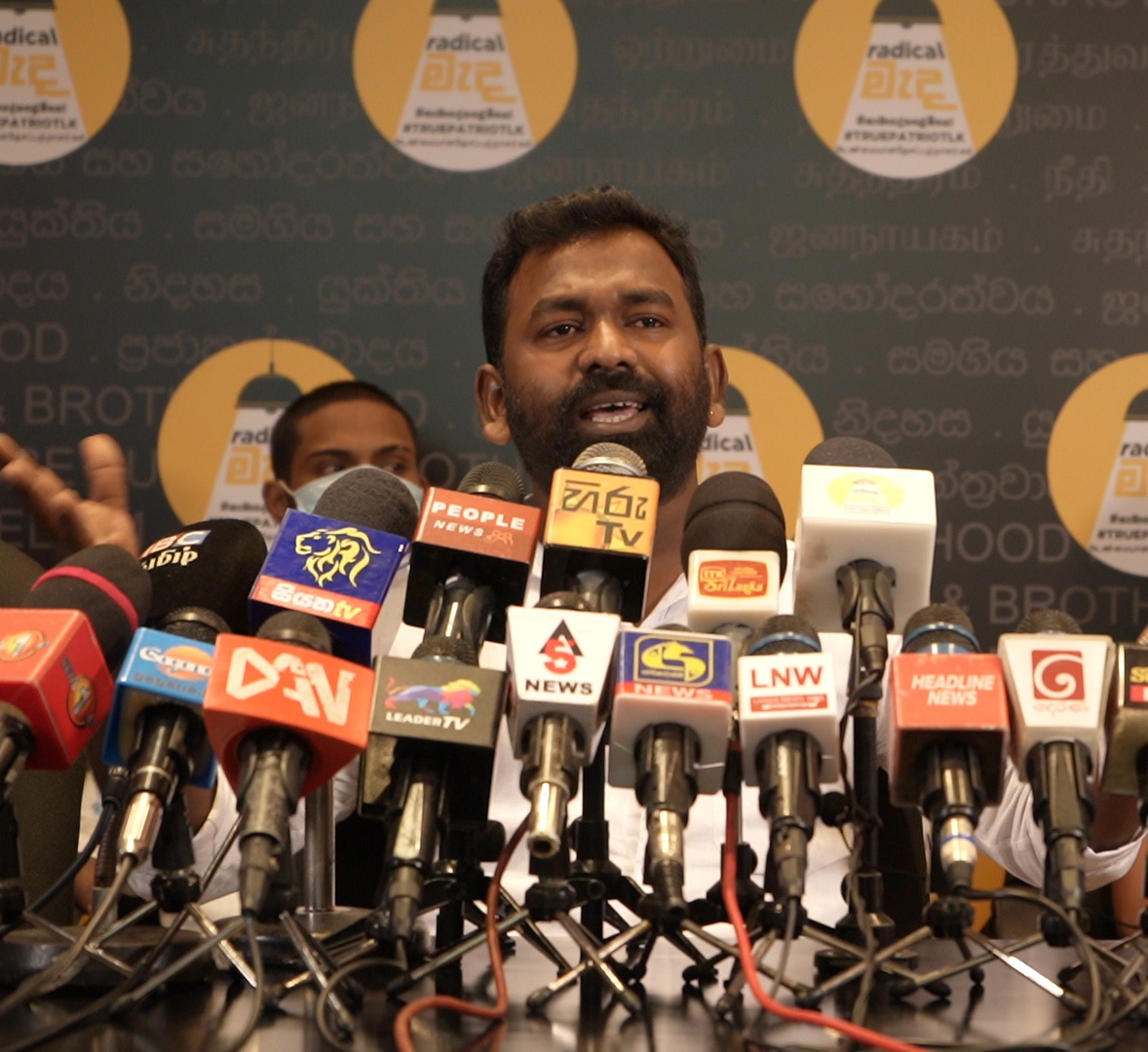 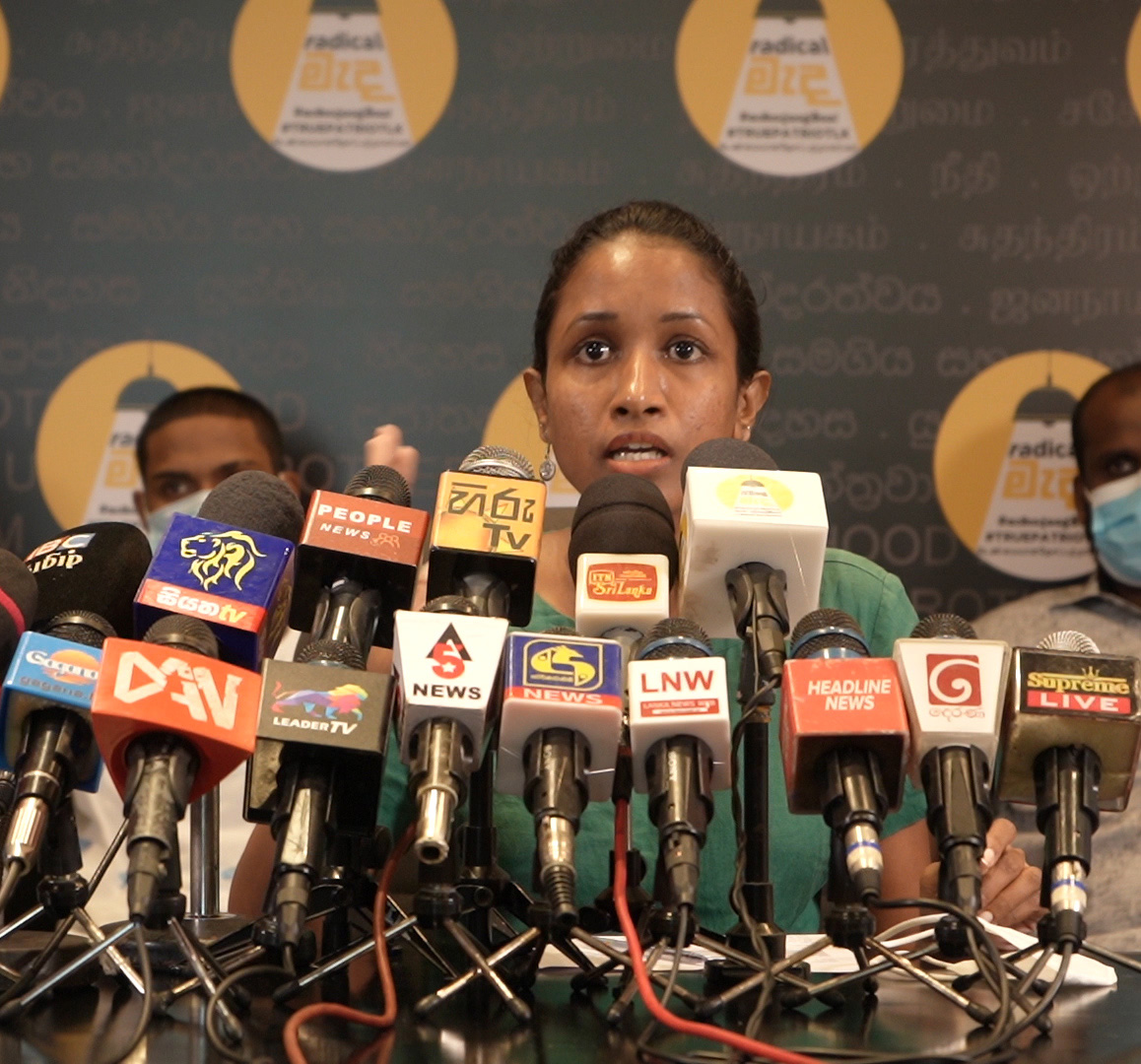 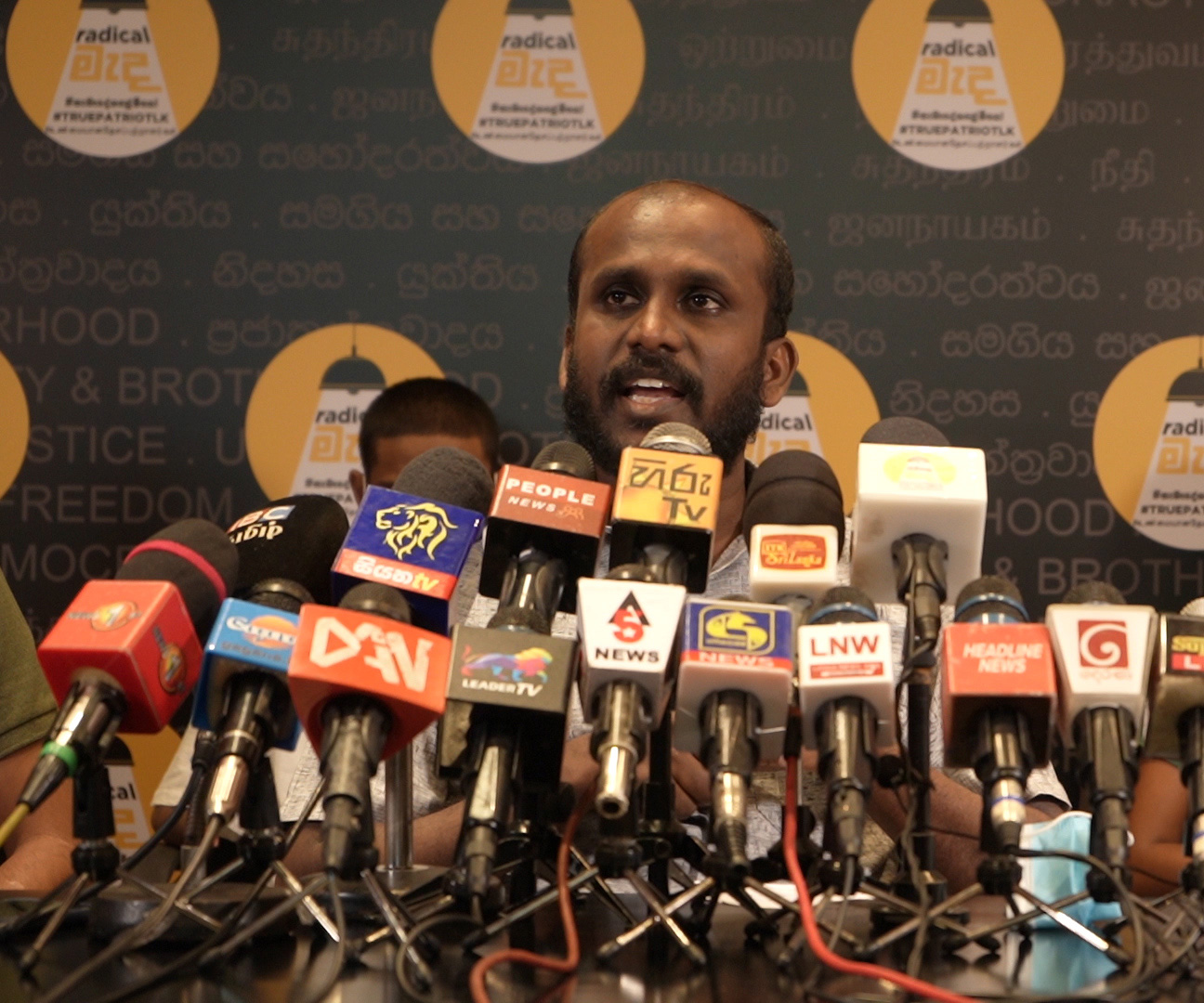 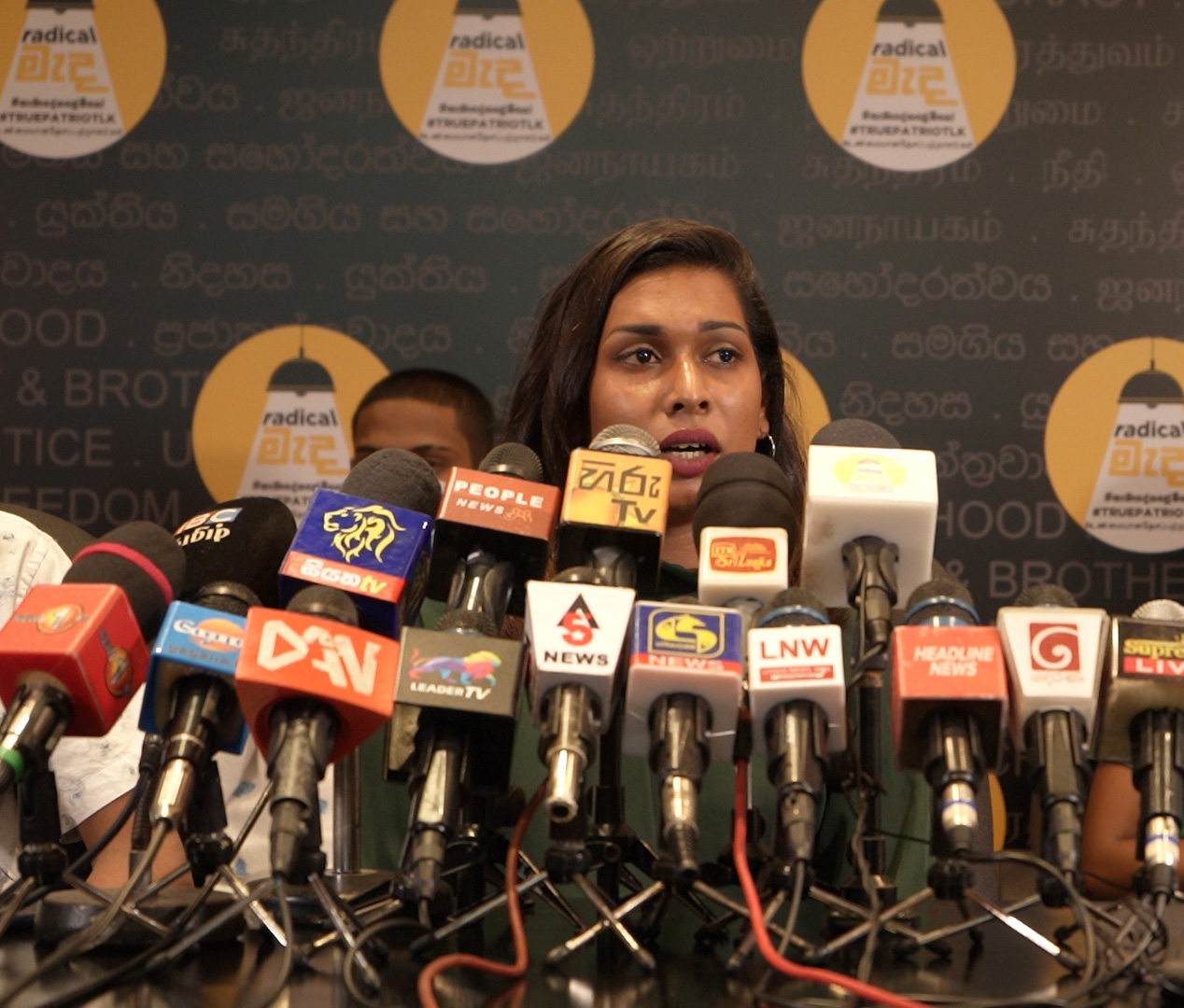 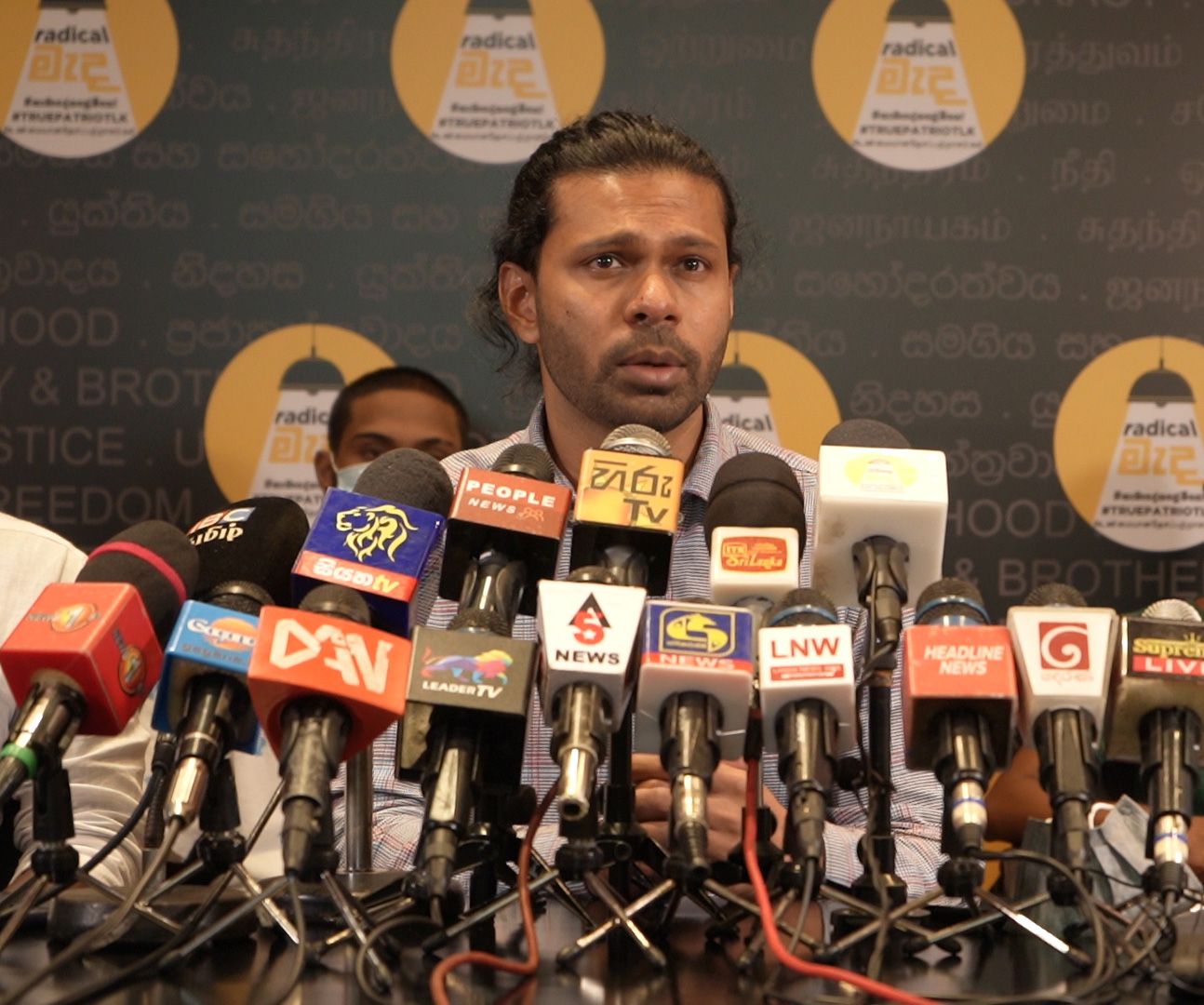 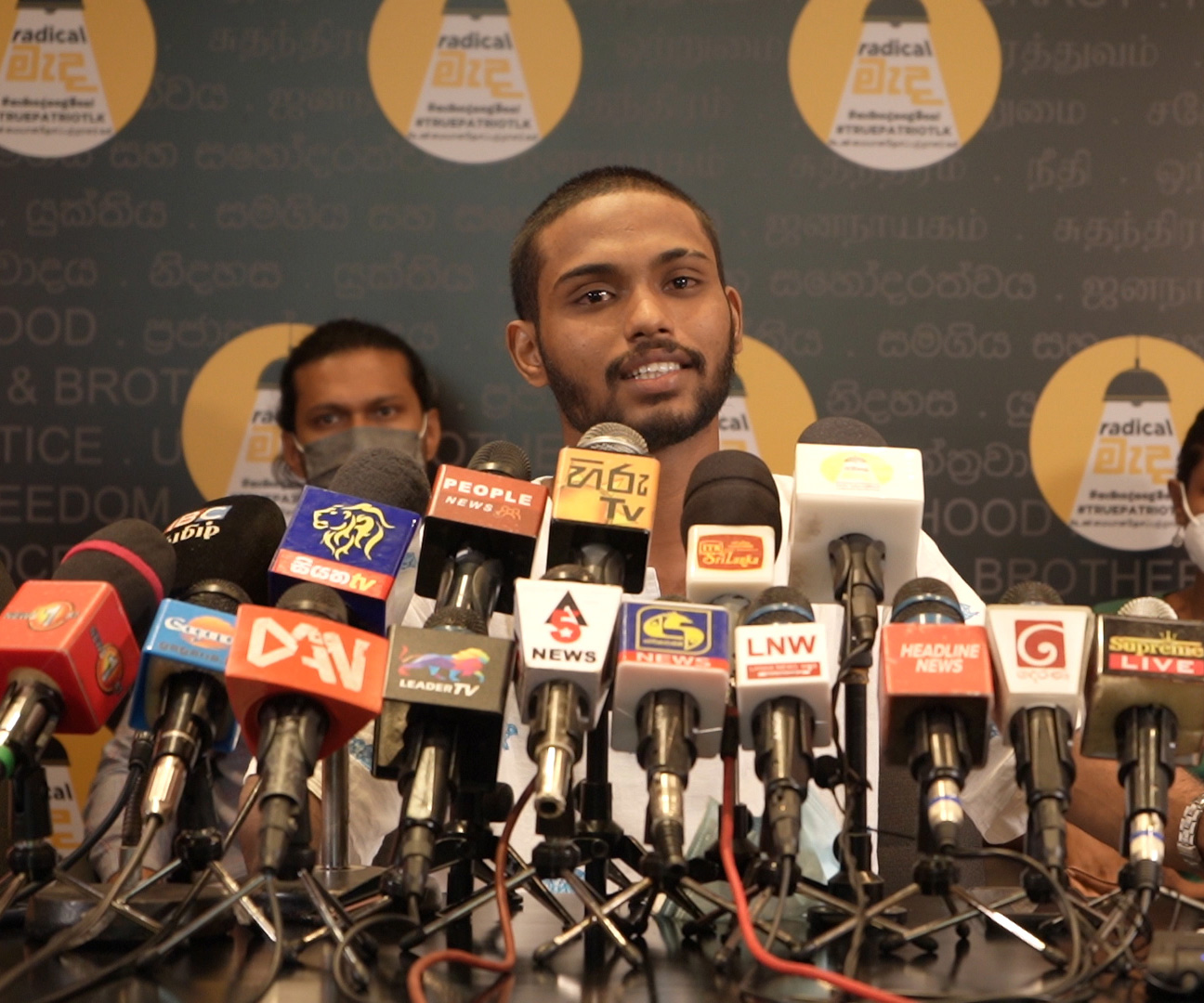 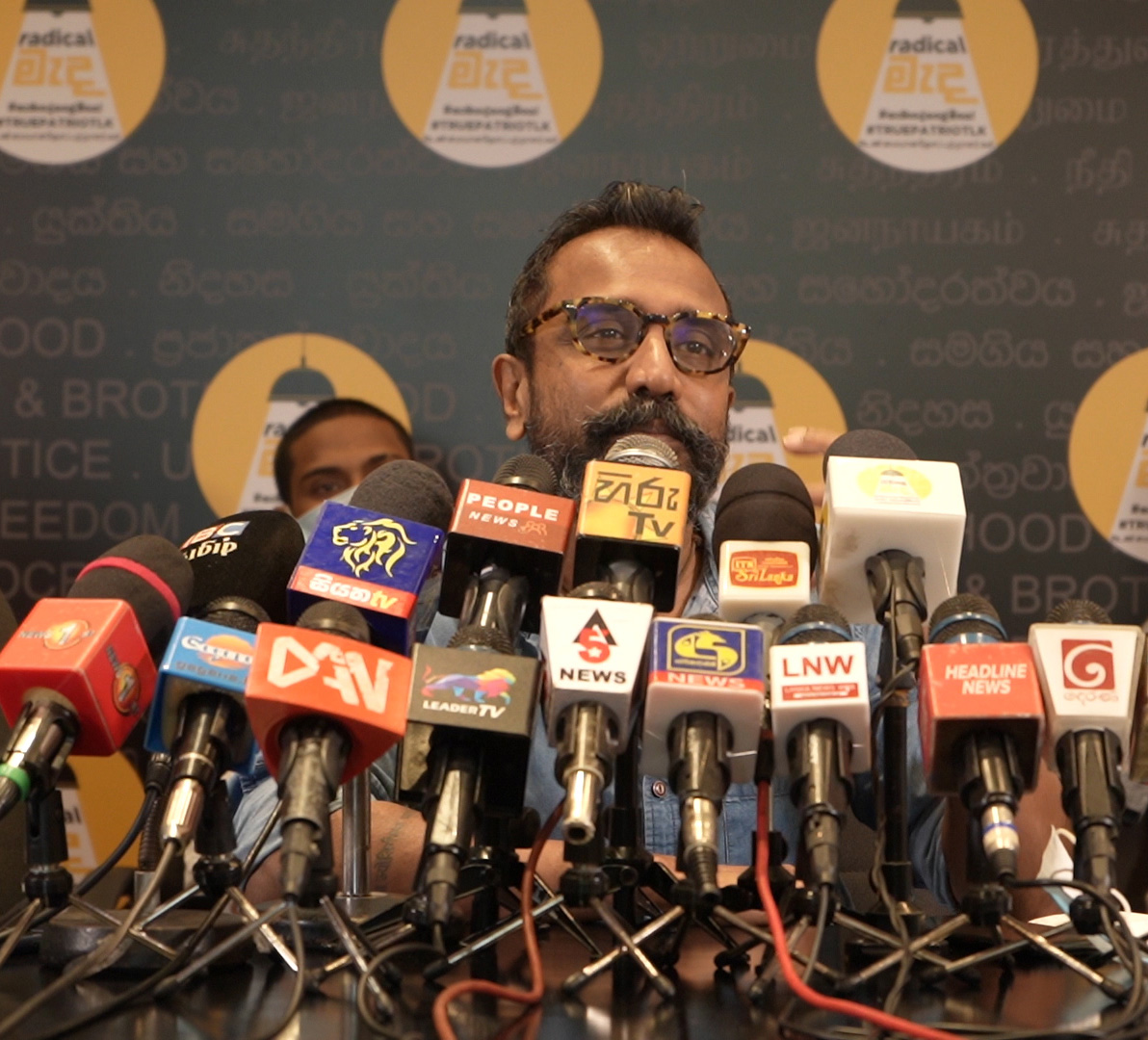 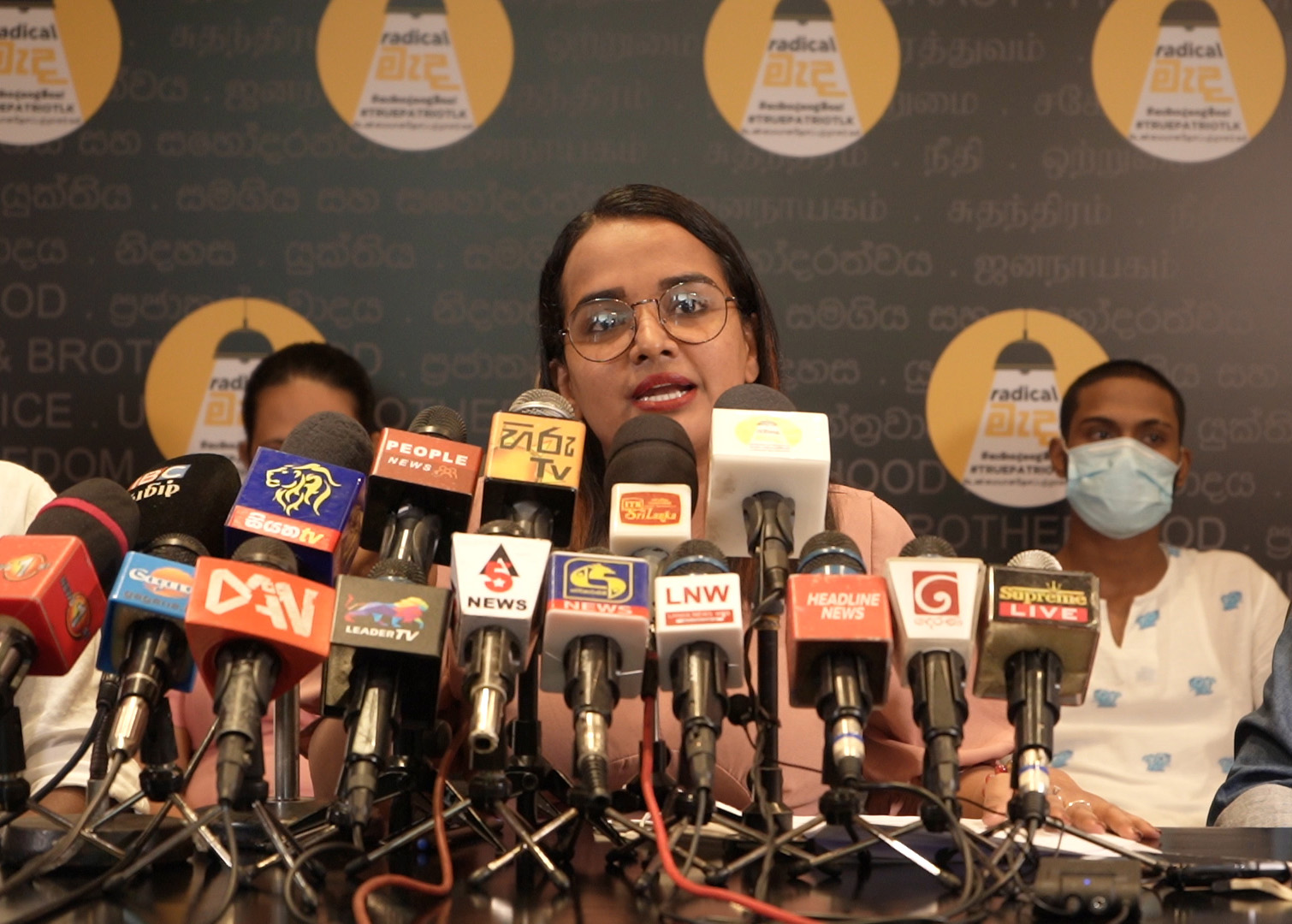 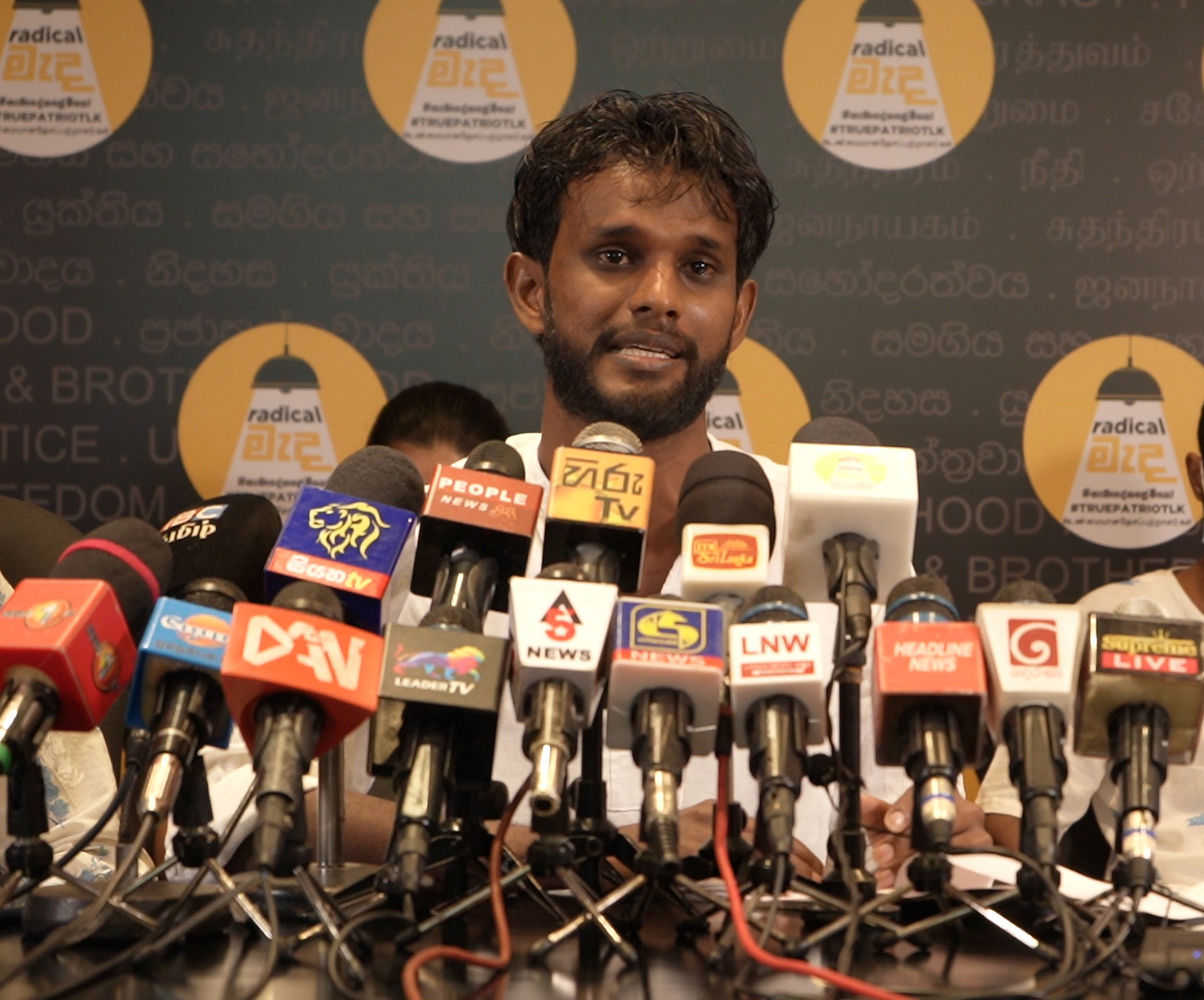 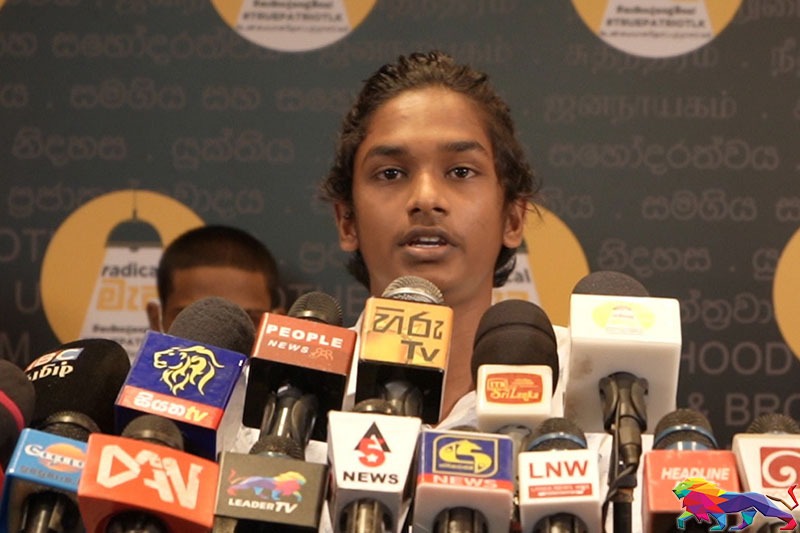