Sri Lankans working in Tamil have been discriminated against by application forms for the Justice of the Peace (JP) position.

The document, which includes six guidelines, says that ‘the application must be completed in clear handwriting, using either the Sinhala or English language.”

However, the application contains questions printed in Sinhala, Tamil and English. 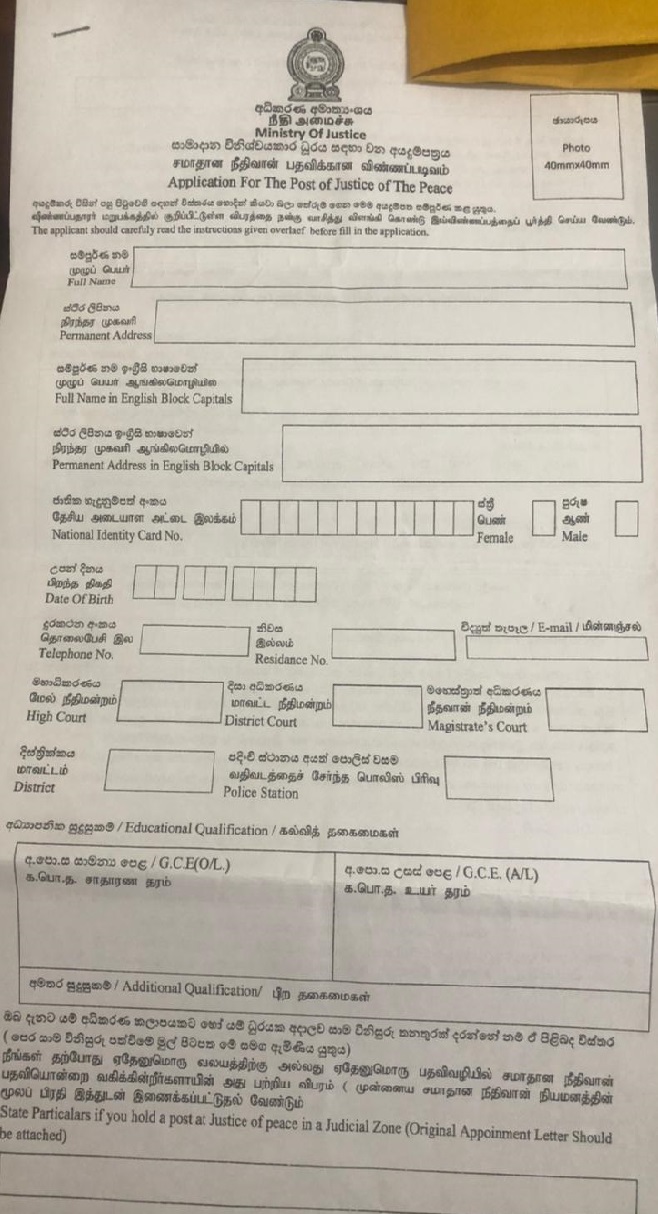 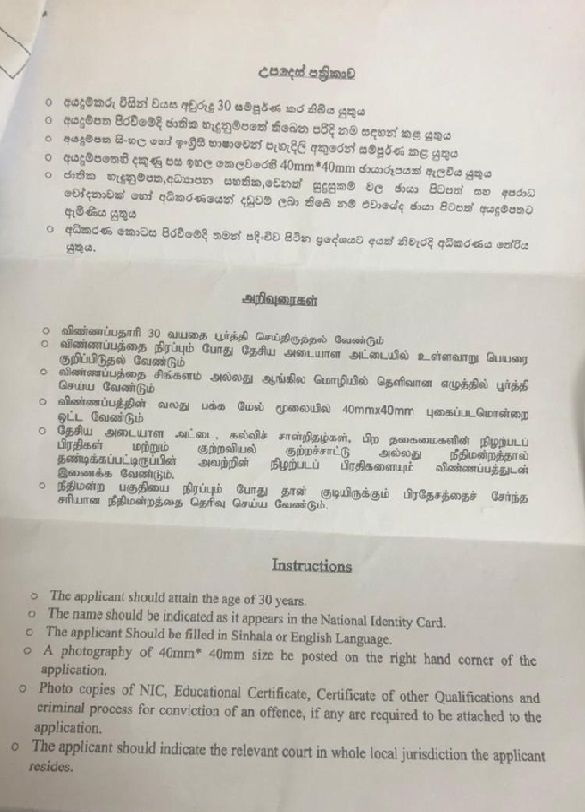 The application, which apparently shows an inconsistency with the Constitution, has been issued by the Justice Ministry.

Both Sinhala and Tamil have been recognised by Sri Lanka as official languages.

The official language of Sri Lanka shall be Sinhala.

Tamil shall also be an official language.

The Constitution recognises English as the link language.

The Constitution of the Democratic Socialist Republic of Sri Lanka, from Article 18 to 25A of Chapter 4, extensively describes provisions pertaining to languages.