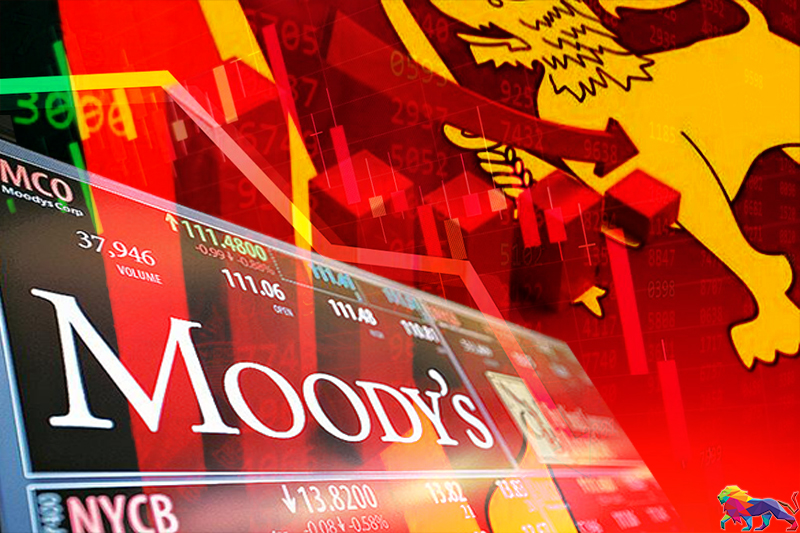 The rating decision is driven by assessment that the island nation's increasingly fragile external liquidity position raises the risk of default.

It also reflects governance weaknesses in the ability of the country's institutions to decisively mitigate significant and urgent risks to the balance of payments.

Although the government has secured some financing, mainly from bilateral sources, its financing options remain narrow with borrowing costs in international markets still prohibitive, Moody's said in a statement.

According to Moody's, it has extremely weak debt affordability with interest payments absorbing a very large share of the government's very narrow revenue base.

"This compounds the debt repayment challenge. The review will focus on whether the sovereign is able to use time provided by current foreign exchange reserves and bilateral arrangements to implement measures that widen and increase its financing sources for the medium term and avoid default for the foreseeable future," it added.

The three-notch gap between the local currency ceiling and the sovereign rating balances relatively predictable institutions and government actions against the low and declining foreign exchange reserves adequacy.

Meanwhile, Sri Lanka's largest banks are the most susceptible to heightened sovereign risk due to their higher exposure to foreign-currency denominated government securities and, in some cases, weaker capital positions, said Fitch Ratings in a new report.

"Fitch-rated Sri Lankan banks had about one third of their combined assets exposed to the central government as at end-2020, increasing the risk of sovereign stress causing major deterioration in their financial condition," the ratings agency said on July 01.