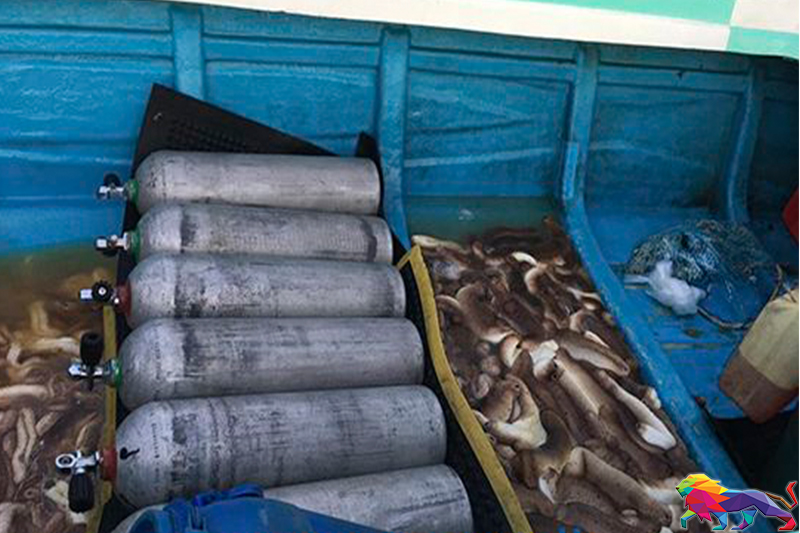 The Navy has arrested nearly 450 local fishermen engaged in illegal fishing over the past three months.

"During special operations conducted in Eastern, Southeastern, Northwestern, Northern and North Central Naval Commands in the past 03 months commencing from 01st April to 30th June 2021, 442 individuals, along with 153 fishing boats and other fishing accessories, while engaging in illegal fishing practices," the Navy said.

Accordingly, these individuals and the rest of their belongings were held for fishing without valid passes, using unauthorized nets, engaging in night diving to catch fish, practicing light-coarse fishing, engaging in diving to harvest sea cucumber and fishing in restricted sea areas.

The Navy said that separate operations were conducted adhering to COVID-19 protocols in place to ward off the pandemic.

Meanwhile, the accused together with the fishing vessels and rest of the fishing gear taken into custody during these operations were handed over to the Fisheries Inspectors of Kalmunai, Pottuvil, Trincomalee, Batticaloa, Mullaitivu, Kalpitiya, Talaimannar, Kilinochchi, Mannar, Kuchchaveli, Nilaveli, Jaffna, Point Pedro, Karainagar and Puttalam and Harbour Police of Adappan and Trincomalee for onward legal action.