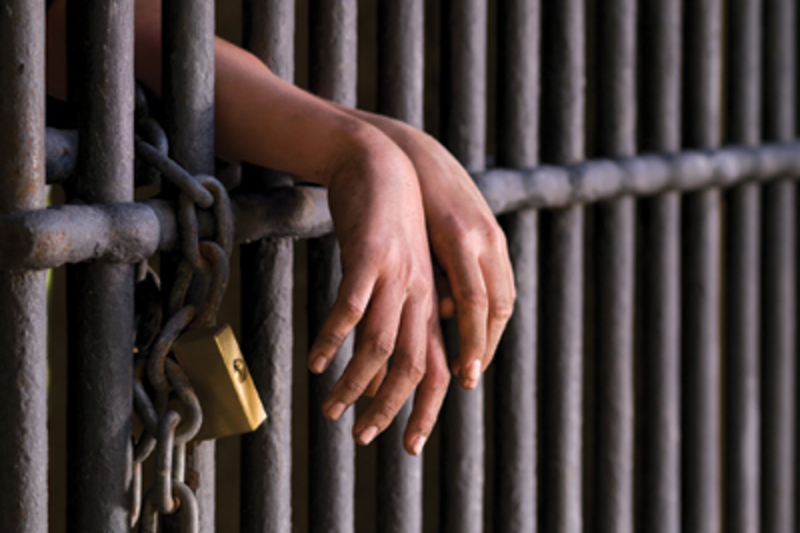 The Sri Lankan government’s pardon of 16 prisoners convicted under the Prevention of Terrorism Act (PTA), however welcome, does not address the urgent need to repeal the draconian law, Human Rights Watch said today.

The European Parliament recently adopted a resolution calling for the European Union to consider withdrawing preferential access to its market unless the Sri Lankan government complies with its commitments to replace the law and uphold human rights.

To mark a Buddhist festival on June 24, 2021, the government of President Gotabaya Rajapaksa pardoned 94 prisoners, including 16 people convicted under the PTA.

The law has long enabled arbitrary detention and confessions obtained through torture, and been used primarily against members of Tamil and Muslim minorities.

The president also pardoned a political ally, Duminda Silva, a former member of parliament who was convicted for the 2011 murder of a rival politician.

“The release of people imprisoned for years under the Prevention of Terrorism Act in no way removes the need to replace the abusive law or the need for pressure from Sri Lanka’s partners to do so,” she said.

The 16 PTA prisoners pardoned had in most cases been imprisoned for over a decade because of alleged links to the defeated separatist Liberation Tigers of Tamil Eelam (LTTE). They were either nearing the end of their sentences or had already been incarcerated for a period exceeding their sentence.

Since taking office in 2019, the Rajapaksa administration has used the PTA particularly against members of the Tamil and Muslim communities, while taking no action against those inciting violence and discrimination against minority groups.

Among those still detained under the act are Hejaaz Hizbullah, a Muslim human rights lawyer who has been in custody since April 14, 2020, and Ahnaf Jazeem, a Muslim poet who has been held since May 16, 2020, for a book of verses promoting peace and tolerance.

Rather than repealing the PTA, in recent months Rajapaksa has taken steps that make it even more abusive.

In March, new regulations were announced that would allow the authorities to incarcerate anyone accused of causing “religious, racial, or communal disharmony” for up to two years without trial.

In June, the president announced that a police facility in Colombo, which has been a notorious torture site, would be used for holding PTA prisoners.

“The number of people arrested in the north and east under the PTA is increasing,” a lawyer whose own organization has been targeted under the law told Human Rights Watch.

Under Rajapaksa, the security forces have harassed and intimidated numerous civil society groups and human rights defenders, especially in the Tamil-majority north and east.

For many years there have been domestic and international calls to replace the PTA with rights-respecting legislation. United Nations experts and human rights groups including Human Rights Watch have extensively documented grave abuses under the PTA.

The European Parliament’s June 10 resolution urged the European Union to suspend Sri Lanka’s access to preferential trading terms known as GSP+ unless Sri Lanka fulfills its international human rights obligations, including a specific May 19, 2017 commitment to replace the PTA.

In 2020, the Rajapaksa government backtracked from that commitment, but following the European Parliament resolution, it announced renewed plans to replace the law.

The European Commission should consider launching the process of heightened scrutiny known as an “enhanced engagement” with the Sri Lankan government under the GSP+ scheme, setting out a timeline and concrete benchmarks for replacing the PTA and fulfilling other human rights obligations, Human Rights Watch said.

Rajapaksa has also undermined the rule of law by forming a presidential commission that recommended dropping charges against dozens of his allies and relatives who are under investigation or on trial for alleged human rights abuses or corruption.

He has also undermined the independence of the judiciary by passing an amendment to the constitution that gives the president full control over the appointment of senior judges.

“President Rajapaksa’s assault on the rule of law heightens with each passing day,” Ganguly said, adding that “Sri Lanka’s international partners need to keep up the pressure until there is genuine reform to end systemic abuses, and not allow themselves to be deflected with unreliable promises or empty gestures.”