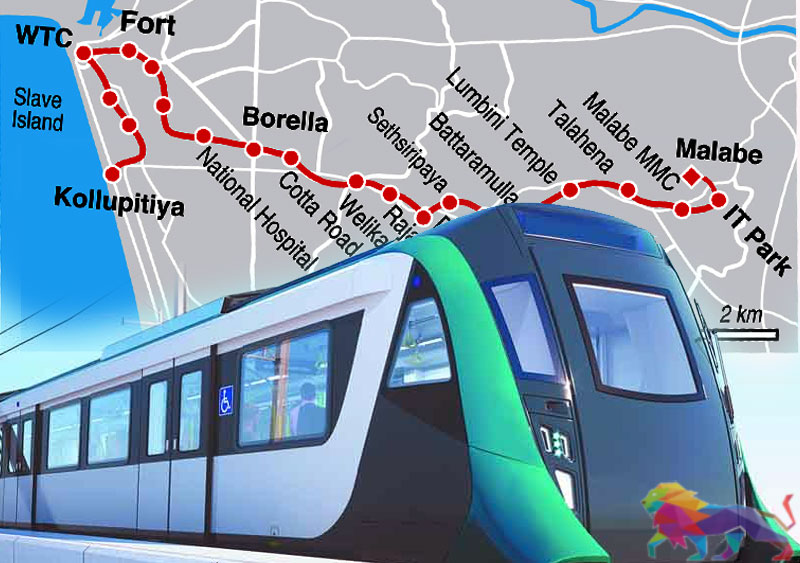 A Japanese firm has sought Rs. 5.8 billion in compensation for the termination of the light rail transit (LRT) project, it is learnt.

The LRT project, which was funded by the Japan International Co-operation Agency (JICA), involved a 15.8 km elevated railway track from Colombo to Malabe with 16 stations.

The loan agreement of approximately Rs. 48 billion pertaining to the project was signed between Sri Lanka and Japan in March 2019.

The highly concessional loan agreement included a 40-year repayment period for funds obtained for consultation services with a grace period spanning 12 years, a 0.1% interest rate per annum for civil work and equipment, and a 0.01% interest rate for engineering services.

President Gotabaya Rajapaksa had instructed to terminate the USD 2.2 billion LRT project stating that the project was “very costly and not the appropriate cost-effective transport solution for the urban Colombo transportation infrastructure."

After auditing government accounts, the Auditor General revealed that the project consultants have made a claim of Rs. 5896 million in losses and damages from the Sri Lanka.

However, Dr. Priyath Bandu Wickrema who was the Secretary to the Ministry of Urban Development, Water Supply and Housing Facilities when the LRT project was scrapped stated that the bilateral loan agreement between the Sri Lankan and Japanese governments has no conditions on compensation or penalties to be paid in case of delay or cancellation of the Colombo LRT project.

He stated that the JICA had allocated USD 280 million to initiate the project under the first phase but only about USD 20 million had been incurred as costs and as such, only that amount will have to be paid back by the Sri Lankan government if the project is cancelled.