Highlighting the resolution on Sri Lanka adopted by the European Parliament recently, former Justice Minister Thalatha Atukorale warned that Sri Lanka could lose access to the Generalised Scheme of Preferences Plus (GSP+) concession if they continue the politically motivated witch hunt against former CID SSP Shani Abeysekera and other political prisoners.

Issuing a statement on Monday (14), the former Justice Minister said that the European Parliament has taken note of the politically motivated imprisonment of the highly respected former CID Director and that this undemocratic and autocratic conduct has helped to place Sri Lanka’s GSP+ import duty concessions, which make our exports to the European Union competitive, at grave risk.

Expressing deep concern over Sri Lanka’s “alarming path towards the recurrence of grave human rights violations” as listed by the most recent report on Sri Lanka by the UN High Commissioner for Human Rights, the European Parliament adopted a resolution June 10 calling for the repeal of Sri Lanka’s Prevention of Terrorism Act (PTA) and inviting the European Union (EU) Commission to consider temporary withdrawal of Sri Lanka’s GSP+ status.

"The UN Human Rights Council has also raised the issue of Mr. Abeysekara’s political imprisonment as an example of the precarious law and order situation in Sri Lanka.

If the countries that purchase most of our exports start to see Sri Lanka as a lawless and undemocratic country that arbitrarily punishes professional public servants for doing their job, we will face an economic catastrophe.

It has been nearly one year since police officers came to the house of Shani Abeysekara to arrest him at the crack of dawn.

The only allegation made against him and his colleagues Nawaratne Prematillake and Sugath Mohan Mendis is that they are said to have fabricated evidence to falsely implicate former DIG Vaas Gunawardena, who was unanimously convicted of murder by three judges sitting in a trial-at-bar for running a contract killer squad within the police. 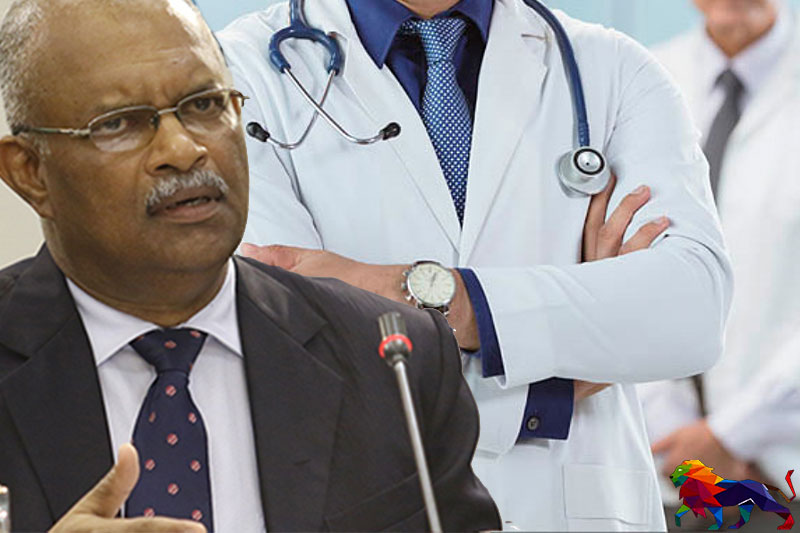 The former CID chief, who contracted COVID-19 while being held at the Mahara Prison, was hospitalised following a heart attack in November, 2020.

Since then, Mr. Abeysekara contracted Covid-19 in police custody, suffered a heart attack and has had to undergo cardiac surgery.

We have now learned that the evidence presented by the police against Shani Abeysekara and his fellow detectives has been independently reviewed by multiple unbiased senior law officers of the Attorney General’s Department.

All these prosecutors found serious contradictions and inconsistencies in the allegations made against the former CID Director by the Colombo Crime Division.

They have all issued independent reports to their supervising officers concluding that there is no basis to prosecute Mr. Abeysekara and recommending that he and his colleagues should be discharged.

However, these reports have been overruled and dismissed by a senior official of the Attorney General’s Department, with a vested political interest. Without examining the underlying evidence, we understand that this officer has ordered that Mr. Abeysekara and his colleagues be held in remand for as long as possible.

This is despite the fact that the Department is unlikely to ever bring charges against them in a court of law since there is no credible evidence to support a prosecution.

In consideration of the risks posed by the Covid-19 pandemic, the Judicial Services Commission (JSC) has urged the Attorney General’s Department and judges to grant bail even in cases where they otherwise would not.

However, due to the personal needs and ambitions of a few senior department officials seeking to please those in power, the recommendations of career prosecutors are being overruled. Innocent, patriotic and outstanding police officers are being punished simply for doing their duty.

We cannot keep putting our economic security in such danger merely to indulge a thirst for revenge and personal vendettas.

The government must immediately stop the witch hunt against Mr. Abeysekara and all other political prisoners.

As a former Minister of Justice, I appeal to the law officers of the Attorney General’s Department to rise above politics. Be professionals and do your jobs independently. As officers of the court, our first and foremost duty is to the rule of law, not to personal career ambitions.

This is no longer just about your own reputations or the fundamental rights and liberty of Mr. Abeysekara and his colleagues.

The international reputation of our entire system of justice, our country’s export economy and the hundreds of thousands of jobs it supports now rest squarely in your hands," she added.