The chairman of the National Movement for Social Justice, Karu Jayasuriya has called on president Gotabaya Rajapaksa to unite all progressive forces in the country at this crucial time when the country is in the midst of a complex health crisis.

Addressing a press briefing at his residence on Sunday (09), the former speaker pointed out that when these kinds of crises have emerged in the past, there were common denominators pertaining to how each country in the world had faced them.

Recalling the second World War, he said that the entire world faced it by being united and disregarding political alliances.

Speaking further, he said that: 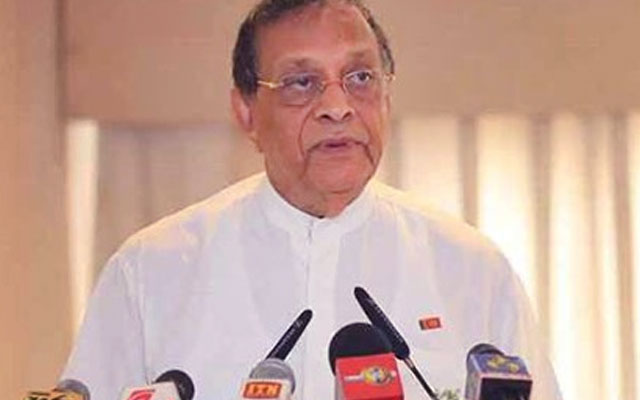 "Our country is facing a complex and severe health crisis. It is a truth that we all accept and one that is common to all.

With regard to Sri Lanka, a senior official of the World Health Organization (WHO) has warned us about the crisis we are facing today. She has observed that this is the worst disaster the world has faced since World War II.

Therefore, no one can move forward without addressing the pandemic.

When these kinds of crises have emerged in the past, we can see some common denominators pertaining to how each country in the world has faced them.

If we look at World War II, the entire world faced it by being united disregarding political alliances. They faced it by uniting with their nearest rival against the common enemy. 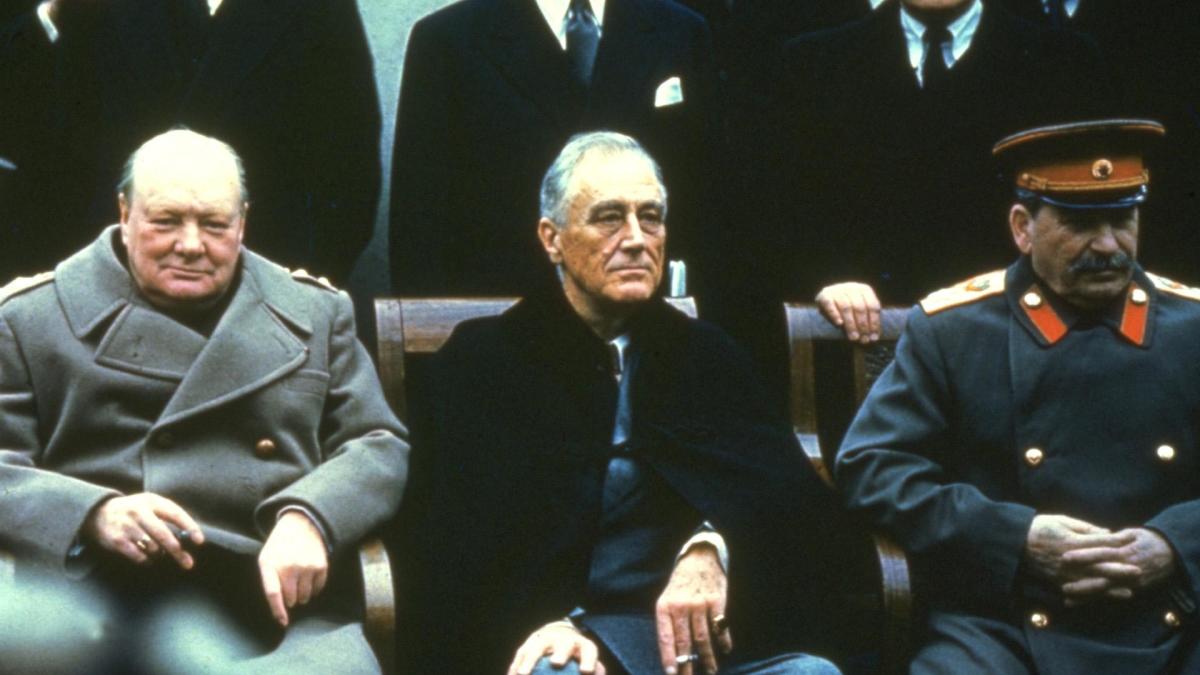 That is why the then-US President Franklin Roosevelt collaborated with British Prime Minister Winston Churchill and Soviet leader Joseph Stalin. If it weren't so, fascism would have dominated the whole world.

As a result, the world was relatively peaceful. The freedom and right to life of the entire population of the world was, to a great extent, affirmed.

All forces were united not only during the war but also after the conclusion of the war to ensure that it won't be repeated.

Another example is the formation of the United Nations where states that were previously divided by various political ideologies came together.

As a country today, we too need to take a similar approach. Different political ideologies or aspirations for power should not be prioritized. First and foremost, we must save the country and its people from this catastrophe before us. The whole country must unite for that.

We made an appeal towards this for the first time in Kandy recently. I called on the Most Venerable Mahanayake Theros to discuss these matters. It was then that we realised that we also had the blessings of the chief prelates towards our endeavours.

Accordingly, we call on the President and the people of this country to come forward. We make this appeal with the utmost sincerity.

If you have love for the country, all political forces and all communities must join hands and face this challenge without delay and the President should extend an invitation to all to join hands in this regard.

This is also the opinion of the majority of the people in the country. Otherwise, this country will suffer dire consequences.

In fact, this endeavour should not be limited to the efforts taken to control the Covid-19 pandemic.

As a country, we have to make decisions by consensus, even on matters of national importance, such as the government's decision to ban chemical fertilizers at once as well as the Colombo Port City Project. This is also the position of the National Movement for Social Justice.

We are conducting this press briefing today to reaffirm our position. We hope that all political leaders as well as the civil society will pay attention to this.

If we are to take such an approach, there are a number of factors to consider. The legislature has been weakened due to the transfer of power to the executive by the 20th amendment. There is no discussion in Parliament today on matters of national importance. There is no participation of the people's representatives.

In countries like the United States, the UK, and Europe where democracy reigns, all important political decisions are made taking into account the advice and guidance of experts.

There are special committees and procedures for this purpose. In Sri Lanka, such matters are taken up through sectoral oversight committees. This is a very strong democratic process that is accepted throughout the world. 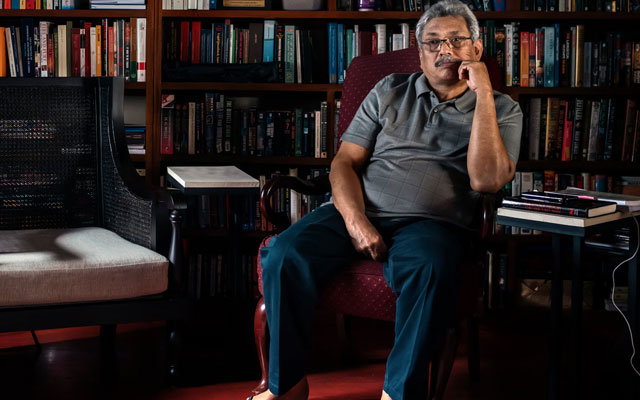 Our Honorable President is an experienced person after having lived in the United States for a long time.

We are of the view that we do not need to explain in detail the importance of such committees to the US Congress with regard to the crucial decisions such committees make.

We believe that perhaps he has a better understanding of it than many others.

If so, we propose to activate public representation through parliamentary sectoral oversight committees.

In addition, the wages of judges and officials of the Attorney General's Department were significantly increased on the proposals made by those committees.

Further, the University of Batticaloa was taken over and the long standing salary anomalies were rectified while the SAITM and Kotelawala faculties of education were merged according to the recommendations made by the parliamentary sectoral committee on education.

We should also understand that a great deal was done to bring about unity among the Sinhala and Muslim communities after the Easter Sunday attacks.

Therefore, a sectoral oversight committee on health can be established to find solutions to the pandemic.

It would be prudent to explore the possibility of allowing foreign and local experts to submit their views in addition to Opposition members as this is a national endeavour. We see this as a very timely step and can be set up in a few weeks.

A similar approach to the Port City Project would be the most appropriate course of action for the President and the Government.

A peaceful solution to the present problem is to set up an All-Party Oversight Committee and seek expert local and foreign opinions and advice in order to finalise this project.

No one has objected to the creation of special trade zones. The question arises with regard to the powers that are vested in it, and whether or not the institutions that govern them are in accordance with the constitution of the country.

It is important to listen to the views of eminent legal academics such as Prof. Suri Ratnapala as well as institutions such as the Bar Association of Sri Lanka. 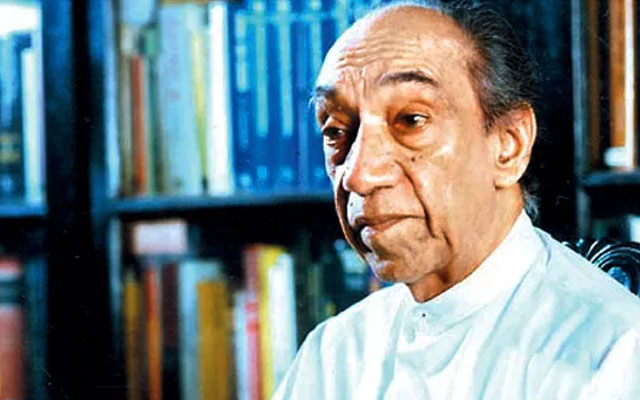 A state-owned corporation dealing with leather products collaborated with two well-known Korean companies and established the largest export oriented footwear factory in Asia. Despite some difficulties at the inception, it later became a successful business venture.

The then Prime Minister of Malaysia Mahathir Mohamad and his wife visited Sri Lanka to study this. Deng Xiaoping, the then leader of China sent the Mayor of Shanghai to Sri Lanka as his special envoy. They wanted to study how we operated.

These institutions also enjoyed administrative and commercial independence. The functions of the Customs Department were also streamlined while providing special facilities for selected imports.

I responsibly state these facts based on the experience gained as the chairperson of those companies and a member of the Presidential Commission on Privatization.

Ban on chemical fertilizers and pesticides 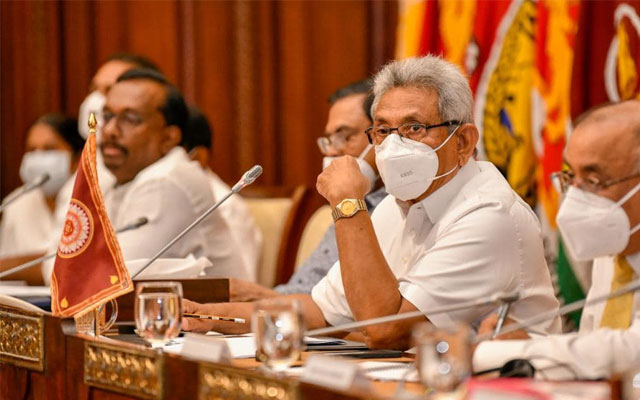 We opine that the decision taken by the Government to completely stop the use of chemical fertilizers should be referred to a sectoral oversight committee.

Important decisions like these should be made only after having extensive discussions with all relevant stakeholders.

No one has objected to the promotion of compost or organic fertilizer. At an online forum with over 1200 participants, I listened to the various observations made by them. Everyone at the forum was of the view that the proposal to stop the importation of chemical fertilizer was correct but it would be difficult to implement for at least another few years.

It is clear that all stakeholders of the agriculture industry have the same views. The protests carried out by members of the farming community in many parts of the country today illustrate this reality.

As such, these issues can be resolved amicably by subjecting these proposals to a lengthy study through oversight committees over a period of several months. Instead of criticizing one another in and out of Parliament, we strongly believe that the burning issues of the country can be resolved through such a cordial approach."

We present these proposals with the noble intention of resolving the issues affecting our country. I hope that these matters will be brought to the attention of the authorities and the public.