The Independent Permanent Human Rights Commission (IPHRC) of the Organization of Islamic Cooperation (OIC) has expressed its deep concerns regarding the Prevention of Terrorism Act (PTA) which allows the state to arbitrarily detain Muslims.

The IPHRC in a statement on 29 April, condemned the recently introduced regulation under the PTA, namely ‘De-radicalization from holding violent extremist religious ideology’, which allows creation of “Reintegration Centers” to arbitrarily detain Muslims and subject them to torture and other human rights violations without any legal oversight with impunity.

"These tragic developments are further compounded by reports of newly imposed Burqa ban, under the pretext of counter terrorism measures, which squarely violates minorities’ right to freedom of religion guaranteed in the International Covenant on Civil and Political Rights (ICCPR)," the OIC's rights body observed.

The IPHRC, while taking serious note of the UNHCHR report, which highlighted the prevalence of “endemic patterns of custodial deaths, torture and other ill-treatment, and extrajudicial killings with impunity”.

They further noted that the COVID-19 pandemic “exacerbated the prevailing marginalization and discrimination suffered by the Muslim community”, and urged the Sri Lankan government to immediately repeal the draconian PTA and to impartially investigate the reported incidents of human rights violations by allowing access to justice and free trial to all its minorities. 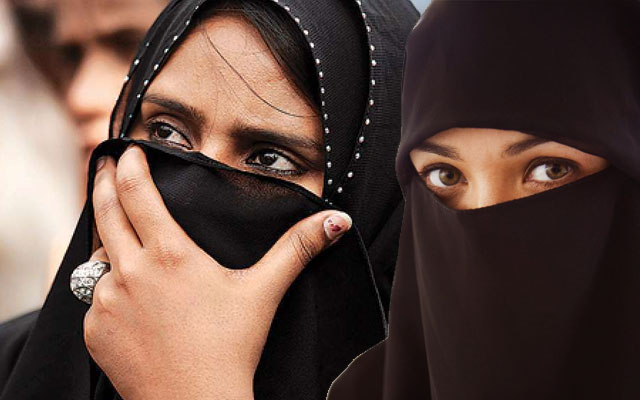 With regards to the banning of Burqa, the Commission expressed its serious concerns and stressed that such blanket measures would:

(a) violate the Muslim women’s freedom to manifest their religion (ICCPR Art. 18(1); and exercise their choice for identity as guaranteed under (ICCPR: Art. 17(1);

(b) expose them to religious discrimination (ICCPR: Art. 2(1), Art. 26); and (c) violate the rights of its minorities ‘to enjoy their own culture, and to profess and practice their own religion’ (ICCPR Art. 27).

Such discriminatory measures will also cement negative stereotypes against Muslim women, disproportionately restrict their freedom to manifest their religion, cause intersectional discrimination and greater marginalization as well as stoke undue hostility / physical violence because of their clothing, it added.

The human rights body asked Sri Lanka to protect the rights of its Muslim minority to practice their religion, free from any coercion or discrimination.

The Commission concluded that such a majoritarian rhetoric and discriminatory measures are contrary to the ideals of pluralism, counterproductive to societal cohesion and clear manifestations of Islamophobia.

The IPHRC urged the Sri Lankan government to fulfill its international human rights obligations by ensuring to protect the rights of its Muslim minority to practice their religion, free from any coercion or discrimination.

The Commission also urged the Sri Lankan Muslim community and human rights organizations to exhaust all available domestic remedies including domestic courts for redressal of grievances and repeal of discriminatory laws while calling on the international community to engage with Sri Lankan authorities to seek redressal for the aggrieved minority including by punishing those found guilty as per international human rights law.