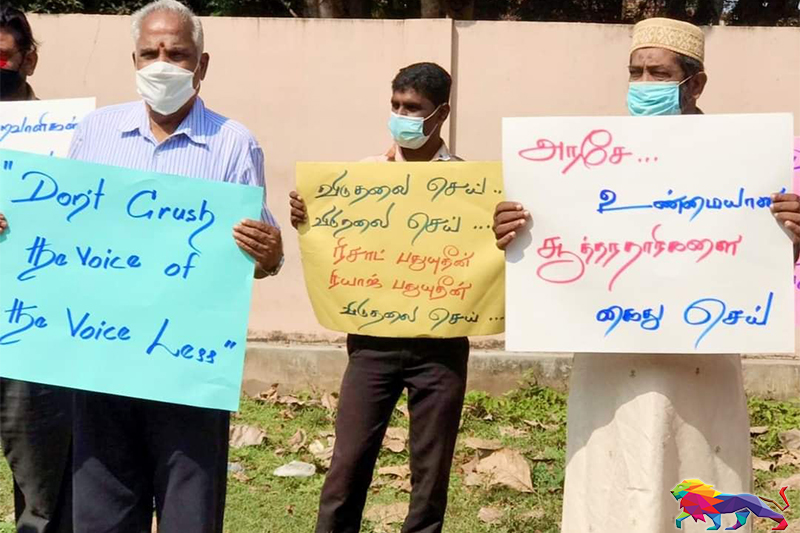 The people of Vanni staged a protest this morning (28) in front of the Vavuniya Kachcheri demanding the release of detained ACMC Leader Rishad Bathiudeen.

Rishad Bathiudeen and his brother Riyadh were arrested by the Criminal Investigation Department (CID) on Saturday (24) for allegedly assisting the terrorists responsible for the Easter Sunday attacks in 2019.

The protestors said that Rishad Bathiudeen's arrest was unjust, illegal and in pursuance of an agenda by the Government to subjugate minority communities.

They also claimed that he was arrested deliberately with a sinister political agenda to please someone, although he has been proven not to have any connection to the Easter attacks. 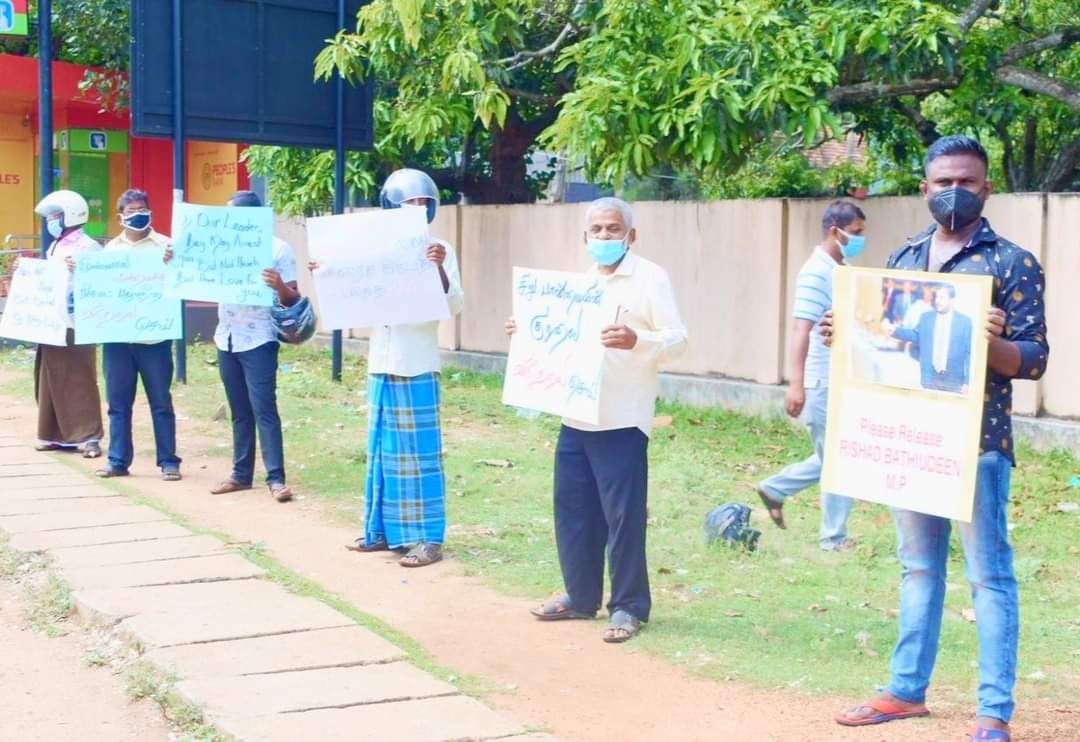 They further noted that State run intelligence agencies were aware of this as multiple investigations had revealed his innocence.

"A leader who served the people with dignity, humility and dedication should never be framed for offences they have not committed," the protestors chanted.

Although the protest was carried out in a peaceful manner in conformity with the Health Ministry guidelines with strict adherence to social distancing, the Police had arrived in riot gear and ordered the protesters to disperse. The protestors had obliged and had disbursed peacefully, it is reported.

Meanwhile, Attorney-at-Law Rushdhie Habeeb, in a statement of behalf of the family members of former Minister Bathiudeen and his brother said that the PCoI into the Easter attacks found no evidence of the Bathiudeen brothers having aided or abetted the suicide bombers in the terror attacks. "Their arrest without any justifiable material is in violation of the rule of law," the statement noted.

Meanwhile, a group of Councillors of the Kalmunai Municipal Council also protested against the arrest of Rishad Bathiudeen. 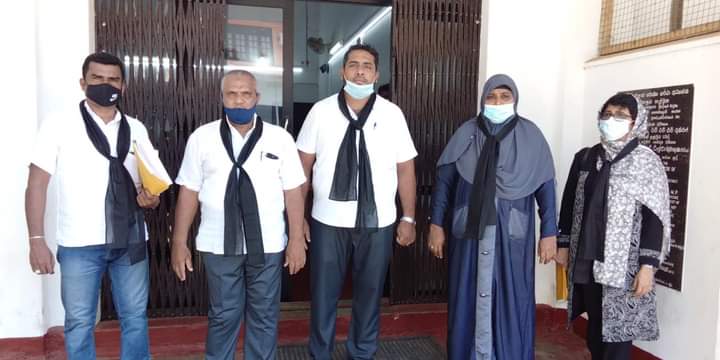 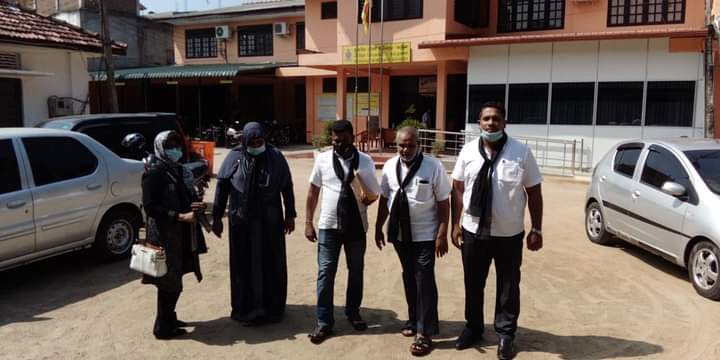