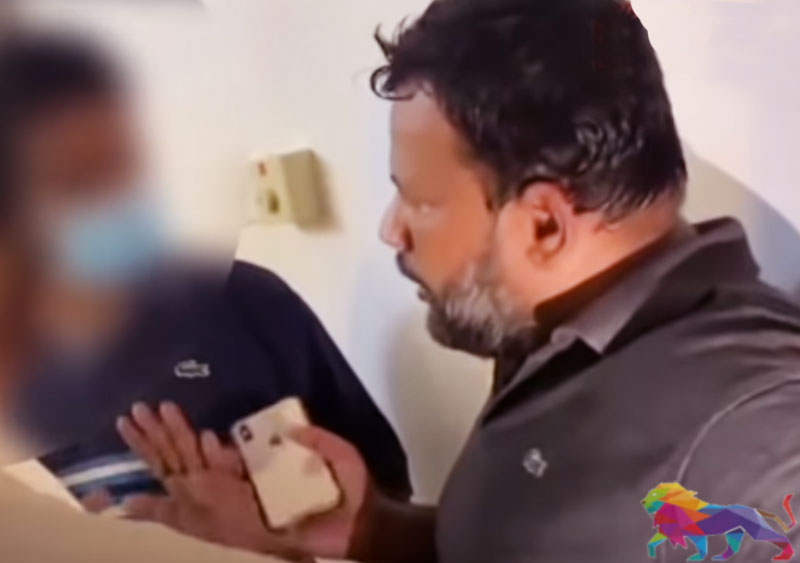 The family members of Rishad Bathiudeen MP and his brother Reyaj Bathiudeen have conveyed their shock and surprise at the sudden and unannounced arrests by officers of the Criminal Investigation Department (CID).

Former Minister Rishad Bathiudeen and his brother were arrested by the CID on Saturday (24) morning at their residences.

Rushdhie Habeeb, Attorney-at-Law in a statement of behalf of the family members of Former Minister Bathiudeen and his brother said that if the CID had noticed the two of them, they would have appeared at the CID as they had done many times in the past, both as party noticed as well as complainants.

"There was no need to have demonstrated any show of force to the rest of the family or to those around," they said.

They also noted that no reasons for the arrest had been given at the time of their arrest by those who conducted the mid-night raid.

"We are shocked that those representing the democratic state should begin this process in violation of the law which requires the persons arrested to be informed of the reasons at the time of the arrest or to uphold the principle of the presumption of innocence," they said.

Police Spokesperson DIG Ajith Rohana said that they were arrested on the charges of aiding and abetting the suicide bombers responsible for the Easter Sunday attacks in 2019.

The statement noted that the Easter Sunday Attacks Commission headed by a Honourable Judge of the present Supreme Court had gone into all the complaints and allegations made against the two of them.

"Having evaluated the evidence, the Easter Commission found no evidence of any one of the Bathiudeens having aided or abetted the suicide bombers in the Easter Sunday bombings. Their arrest without any justifiable material is in violation of the rule of law," they said.

They also stressed that the arrests are politically motivated. "The ACMC supported the present opposition at the last Presidential and General Elections. The ACMC is today a part of the country’s opposition. The ACMC also represents a predominant share of the Muslim community. This is a racially revengeful process to punish the political leadership of the Muslims, which had nothing to do with 21/4, for the dastardly acts of some Muslim youths who were widely alleged, as having been used as pawns by foreign powers."

They also appealed to the members, well wishers and the island-wide voters of the All Ceylon Makkal Congress (ACMC), a registered political party with four elected Members of Parliament and 169 members of local authorities, to stay calm and continue the fasting in this holy month of Ramazan. 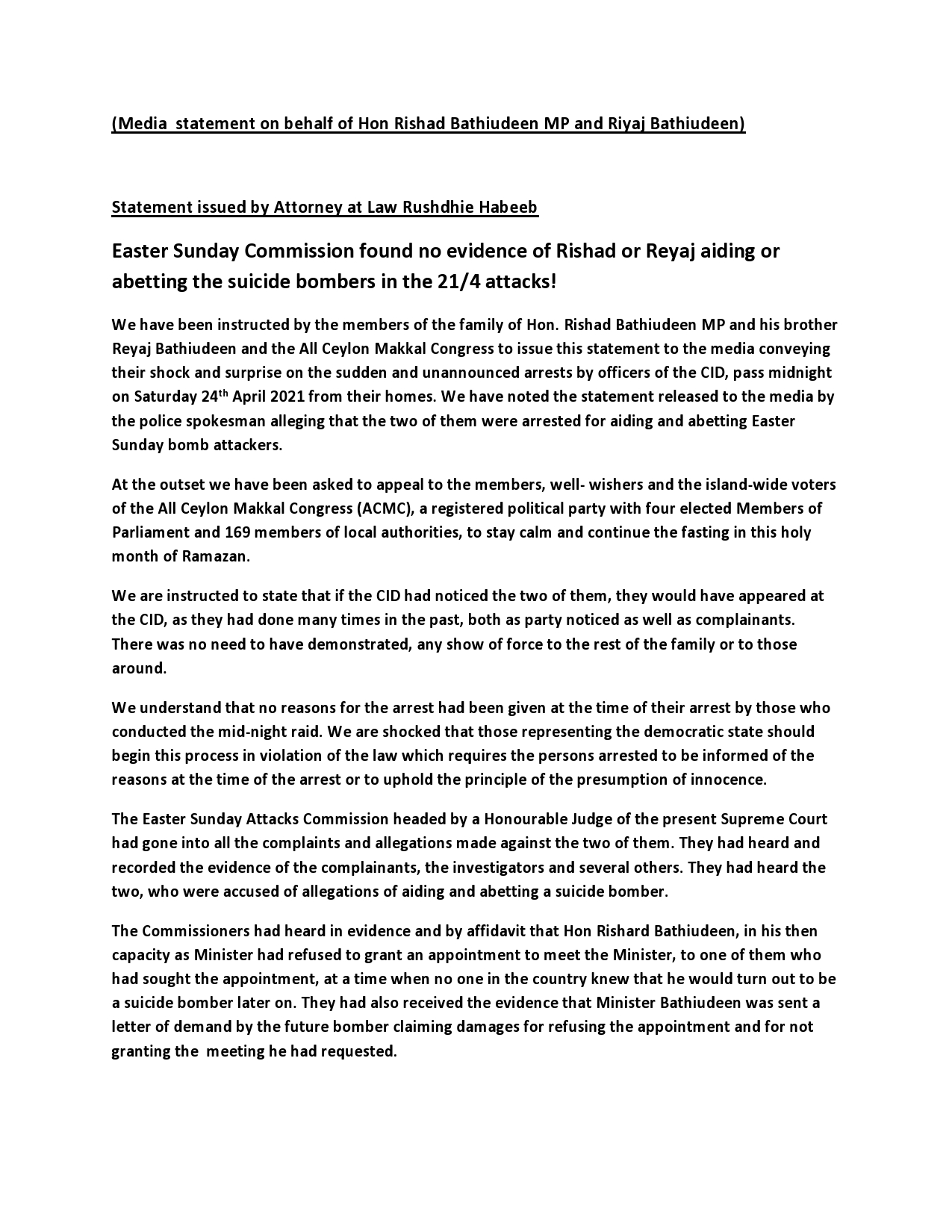 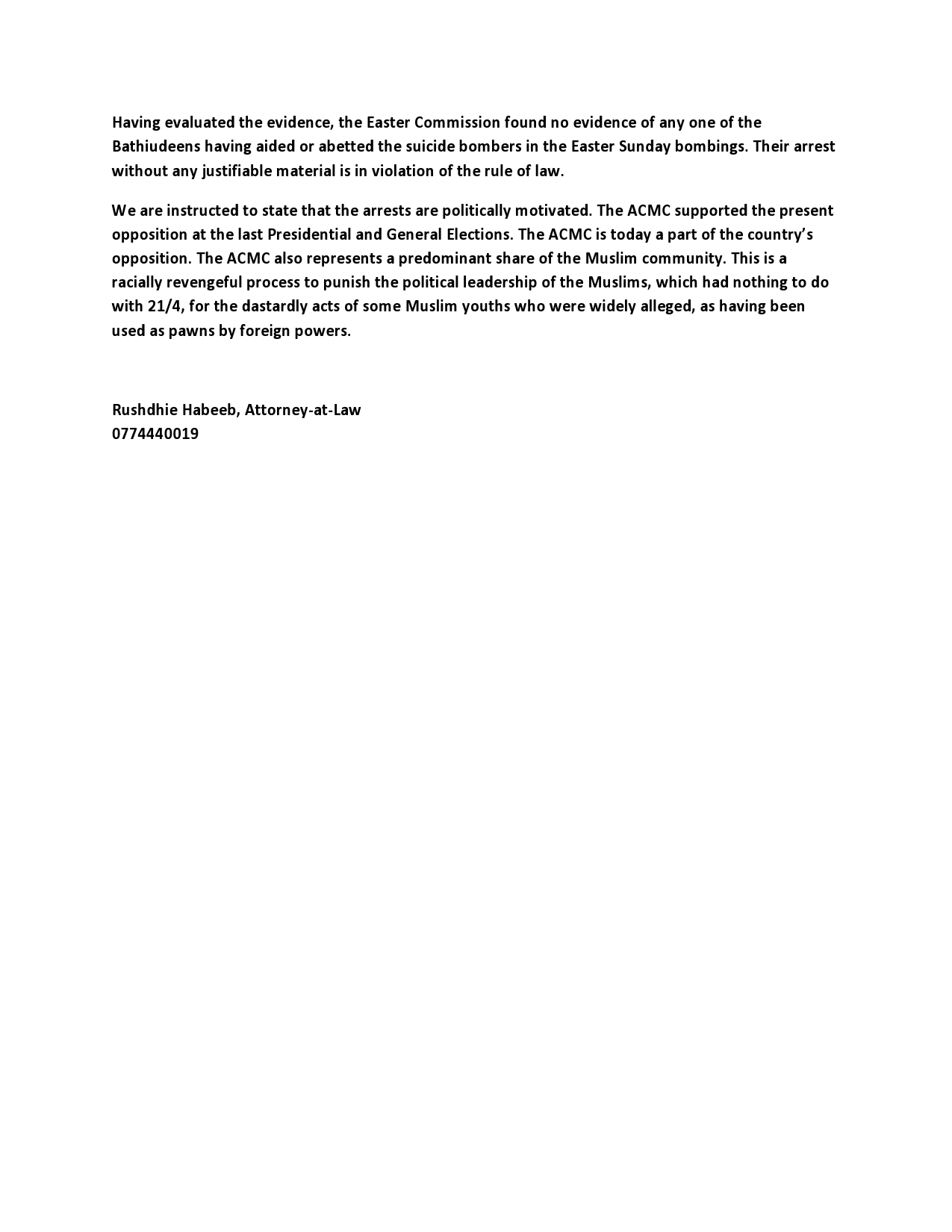 Meanwhile, the arrest of Rishad Bathiudeen and his brother dominated headlines on social media today. 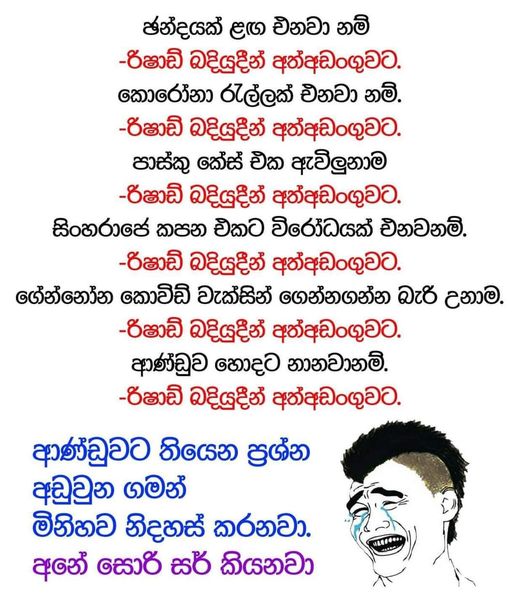