The International Truth and Justice Project (ITJP) has submitted a dossier to the British Foreign Office calling on the UK government to impose sanctions on Army Commander, General Shavendra Silva.

The ITPJ has compiled a 50-page dossier which it has submitted to the Sanctions Department of the UK’s Foreign Commonwealth and Development Office on General Shavendra Silva.

The Submission argues why Silva, who is Sri Lanka’s current Army Commander, should be designated under the United Kingdom’s Global Human Rights (GHR) Sanctions Regime established on 6 July 2020.

General Silva and his immediate family members are already barred from entering the United States after they imposed sanctions on Silva over allegations of human rights violations. 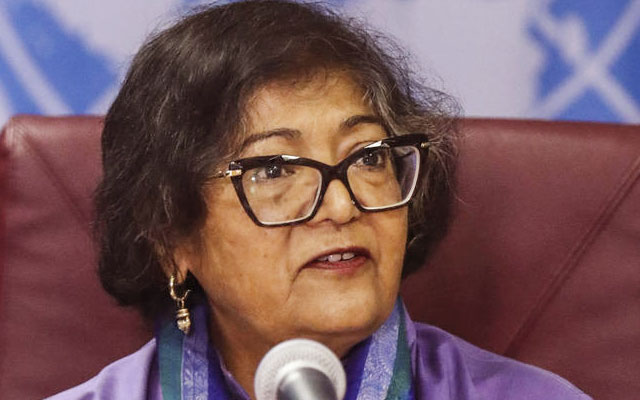 “We have an extensive archive of evidence on the final phase of the civil war in Sri Lanka, meticulously collected by international prosecutors and lawyers. The testimony of victims and witnesses – many now in the UK – was vital in informing this Submission, and making the linkages to Shavendra Silva and those under his command,” said the organisation’s executive director, Yasmin Sooka.

The ITJP Submission details Shavendra Silva’s role in the perpetration of gross human rights violations including the right to life when he was 58 Division commander during the final phase of the civil war in 2009 in the north of Sri Lanka.

It draws on searing eyewitness testimony from Tamils who survived the government shelling and bombing of hospitals and food queues in the so called No Fire Zones, many of whom now reside in the UK as refugees.

The Submission also looks at Silva’s alleged involvement in torture and sexual violence, including rape, which is a priority area of the UK Government’s foreign policy.

“The US State Department designated Shavendra Silva in 2020 for his alleged role in the violations at the end of the war but the remit of the UK sanctions regime works is broader and includes his role in the shelling of hospitals and other protected civilian sites during the military offensive. This is important in terms of recognising the full extent of the violations, as well as supporting the US action,” commented Ms. Sooka.

“UK designation would be another significant step forward in terms of accountability and would be in line with the recent UN Human Rights Council Resolution passed in Geneva for which Britain was the penholder,” she added.

Political will in applying the UK’s new sanctions regime to Sri Lanka was apparent in a recent parliamentary debate which saw eleven British parliamentarians ask why the UK government had not applied sanctions against Sri Lankan military figures, including Shavendra Silva who was named six times in this context, The ITJP noted.