In a shocking turn of events, the 28-year-old reigning Mrs. World Caroline Jurie has decided to relinquish her crown.
Caroline Jurie has become a controversial figure grabbing headlines on local and foreign media after she removed the crown off Pushpika de Silva, who was declared the winner of this year's Mrs. Sri Lanka Pageant and awarded it to the runner-up instead.
"I am now ready to handover the crown," Caroline Jurie said in a video released to the media, reiterating that a crown has to serve a purpose.

"After all, one fair chance is all a woman needs," she added.

In the video statement, she expressed dismay over the recent actions that led to the controversy and stressed that she has no personal anger with anyone or any personal agendas.
Full text of her statement is found below.
Ayubowan! 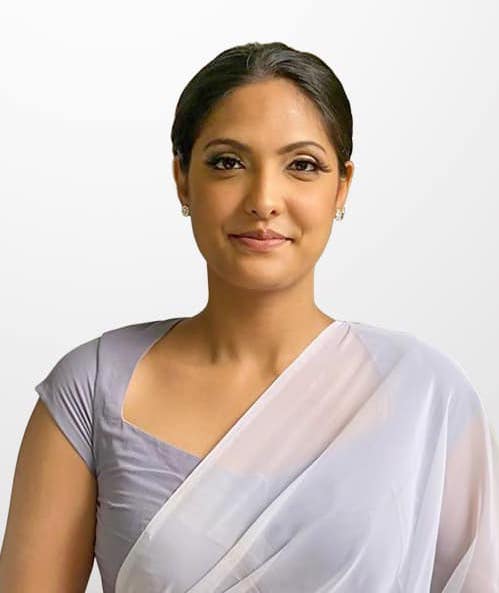 A Hello to all Sri Lankans living here in my beautiful country and all who are living around the world.

A warm hello to all beauty queens who have won a crown and who have worked hard to try to win a crown.

I want to express my dismay over the recent actions that lead to controversy.

I have no personal anger with anyone.
I have no agendas.

To me, all contestants at the Mrs. Sri Lanka final were special.

I only wanted a fair stage, and an equal opportunity for all contestants, so that they could give their best. I do not favour anyone, and I will always stand for what I believe is right.

If those actions compromised the values that Mrs. World Inc. stands for, I truly feel for the lovely people who gave me a fair chance to compete on the world stage and win the Mrs. World 2020 title.

If my actions hurt the feelings of any past or current winners of International or National crowns, I do feel what you are feeling right now.

Every beauty pageant has a set of rules and guidelines.

What I was pushing for from the very beginning was a fair stage where rules and regulations are equal to all.

Rules aren’t there to find loopholes and see how to find your way around them so that you can win at any cost.

I believe rules and guidelines are there to serve a purpose.

Having raised my voice from the very beginning and since my voice was unheard, I stepped down from the judge panel a day before the contest.

As I see it, the purpose of Mrs. World is to celebrate all women who are married and still strive to conquer their dreams along with the commitments and responsibilities a married woman strives to fulfill.

Along with all her fulfillments and commitments, she still manages to look after herself and is willing to go on stage to win a crown and she does it through hard work, meritocracy, spirit and purpose.

The Mrs. World Pageant was not created to discriminate between divorced or separated women but to celebrate the dreams of the married woman.

Any woman, despite her marital status, is a queen and every queen has a stage that she can compete on. All these different competitions have their own rules and regulations.

In the run-up to the Mrs. Sri Lanka event, I saw commitment and hard work from the contestants.

This motivated me even more, as I worked very hard with all of them, to bring out their best.

I always share my knowledge and learning with contestants because of the long and winding path I have taken, towards achieving the Mrs. World 2020 title, there is much to share.

This year, Sri Lanka will be hosting the Mrs. World finals.

When we do, we will be welcoming contestants from all over the world and Mrs. Sri Lanka too, will compete to win the crown again on the world stage.

I believe it is my duty to mentor and to work with Mrs. Sri Lanka and give her my best, to see her reach her greatest potential, so that she will have a fair chance to win the crown. 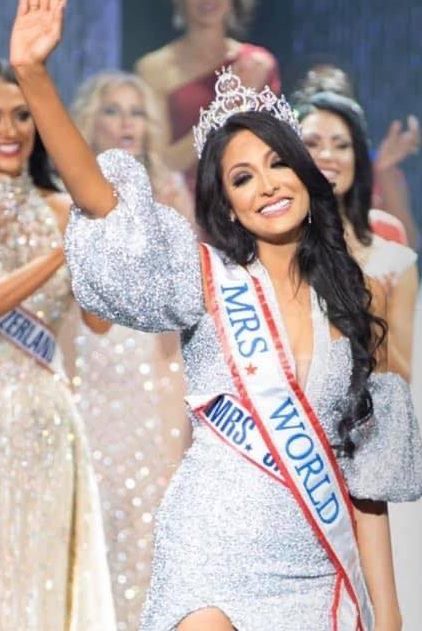 As a Sri Lankan woman who won the Mrs. World title, my purpose is to make sure she has an equal opportunity.

Even after I hand the crown over, my commitment to my purpose will continue, along with my commitments to my family life.

What matters is not about how I hand over the crown I’m wearing but how I use the crown to serve a greater purpose to the world I live in and represent, as Mrs. World 2020.

I know I burst a few bubbles, created a conversation and even a debate about class and values that a queen wearing a crown should stand for.

If class is defined by how one behaves in the eyes of the public, I will let you draw the conclusions to that.

But if class is also defined by how you behave, when no one is watching you and what values you stand by that is the true test of character.

Even if I have to lose the crown for the values I stand for, I believe I am serving the purpose the Mrs. World crown stands for. 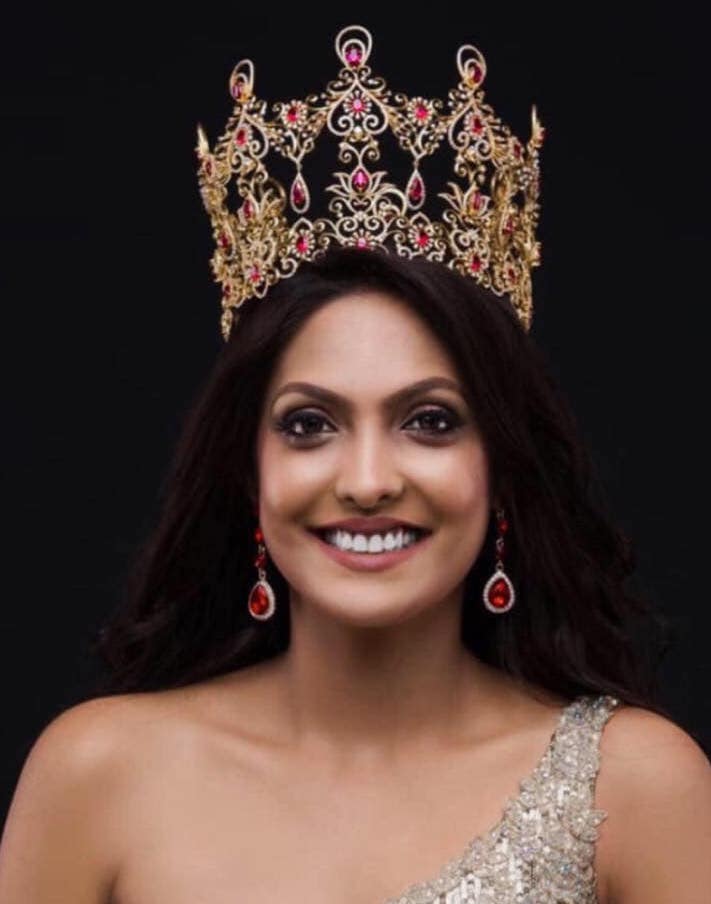 They cannot be measured by outer appearance or monetary value.

I stand for values even if it means to stand alone in the face of disaster.

We often hope for change.

But we stop short of taking action.

We often decide not to take a stand because of the risk of losing what we have worked hard to achieve.

Yet I believe that if we have to lose something so that we can give another woman an opportunity to compete on a stage with a purpose that is equal and fair to all, then we must take that stand.

I believe a crown has to serve a purpose and I will always stand for a fair and equal opportunity.

I am now ready to handover the crown.

After all, one fair chance is all a woman needs.