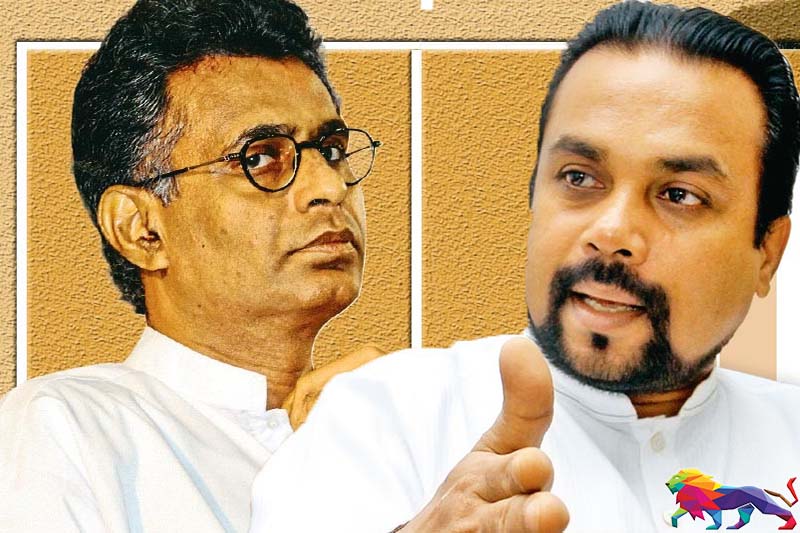 He made this observation following an inquiry made by theleader regarding news reports that were published on certain websites based on a report by the 'Daily Mirror.'

According to the report, several civil society organisations that played a major part in the formation of the Yahapalana government have also taken part in the discussions.

Furthermore, several prominent buddhist monks in Colombo have also indicated that Weerawansa and Ranawaka should explore the possibility of joining forces.

Although they haven't met or discussed the matter, relevant stakeholders are trying to set up a meeting between the two in the near future, the report said. 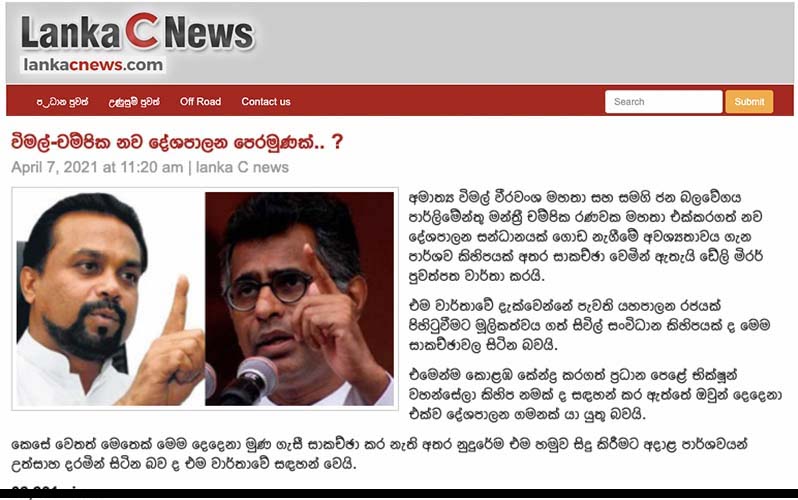 Speaking about this news report, Minister Weerawansa said that he will never align himself with Patali Champika Ranawaka.

He further said that this entire story had been concocted and deliberately placed in certain media outlets.