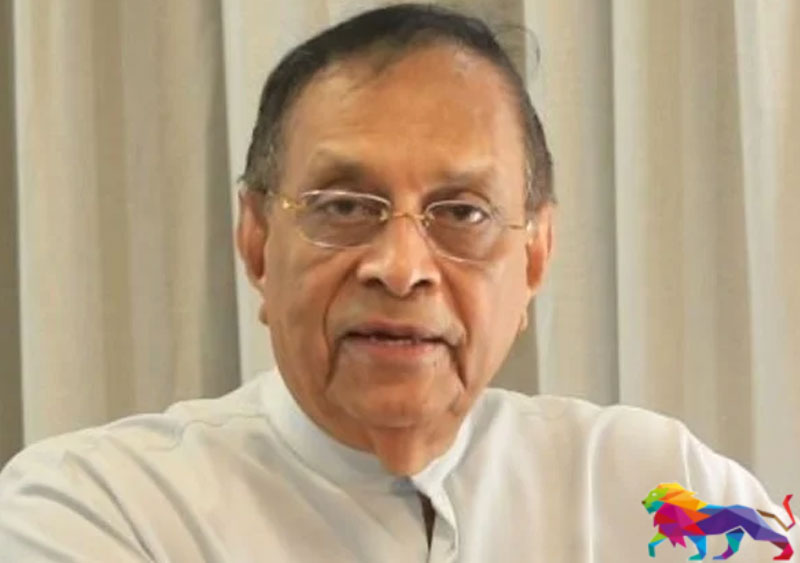 The Chairman of the National Movement for Social Justice (NMSJ), Karu Jayasuriya, at a media briefing held in Colombo last week, challenged the government to take action against all those involved in the Rs. 15.9 billion sugar duty scam.

Pointing out that the COPE, the Finance Committee and the Treasury have also admitted fraud and that the Auditor General has also started investigations, he stressed that the government must explain what happened, calling it is a disgrace to the President as it has been reported that he too had given his approval for this scam.

The former Speaker also discussed a spate of issues including threats to democracy, media freedom and the massive environmental destruction taking place across the country.

"The National Movement for Social Justice has always been driven by a sense of duty to the country. For the good of the country and the people. We have stood for these at all times. We presented our ideas and suggestions publicly in good faith.

I also hope that the Hon. President will pay his attention to this. What we are referring to is not gossip picked up from the street. These are facts verified by us. We would also like to draw your attention to a valuable comment made by the Ven. Medagoda Abhayatissa Nayaka Thero on media recently.

He has said that this is the best time for the President to display that he is principled and upstanding. The Thero has pointed out that the people of this country elected him to the presidency to build a law abiding society.

He constantly advises the President. Accordingly, we hope that the Thera will direct our advice to the Hon. President. Also, the esteemed Maha Sangha of this country made an unparalleled contribution to bring him to power.

Therefore, we sincerely hope that the President in the future will take decisions with the blessings of the Maha Sangha.

20th Amendment to the Constitution

Here we would first like to focus on the 20th Amendment. It should be emphasized that the intelligent people of this country do not approve of the 20th Amendment, which deprives our country of democracy, freedom and human rights.

We saw that the President himself had stated that he had not received the blessings of the Maha Sangha for the 20th Amendment.

The President did not meet with the Buddhist Advisory Council before presenting the Amendment to Parliament. This was problematic to us. Also, several leading monks have informed us that any knowledgeable Maha Thera will not bless the 20th Amendment.

We also learned from survey reports that more than 80% of the Sri Lankan population has rejected the 20th Amendment.

We would also like to responsibly state that the 20th Amendment has caused much chaos in the country.

It was the Hon. President himself who promised to introduce a new Constitution to the country before the first anniversary of his inauguration as the President. It is our national responsibility to call for a new Constitution that will strengthen the country's democracy, protect the freedoms and rights of the people, and ensure the sovereignty of the country. This is an important role we must play for the future generations of this country.

The new Constitution to be introduced to the country should create an environment in which all communities of the country can live in unity, peace, coexistence and self-satisfaction.

The dictatorial powers created by the 20th Amendment must be removed when drafting the new Constitution.

Otherwise, it would be a curse for this country to try to establish a dictatorial presidency through the new Constitution. It will lead this country into an era of further chaos and misery. It should not be so. The President should take action to prevent such a situation. That is our opinion.

We believe there are two essential things that need to be completed before a provincial election or any other election can take place. The first is to establish an appropriate mechanism for holding free, peaceful and fair elections. The independence of the Election Commission must be ensured.

It is also reported that the government has an idea to hold sporadic elections to gain more benefits for the present government as has been done in the past. That should never happen.

The report of the Presidential Commission on Political Revenge should be thrown in the trash. No matter how weak the government is, it should not provide jokes to the people. Under such circumstances the country would be ridiculed.

The Upali Abeyratne Commission has become the main reason for Sri Lanka to be humiliated in the eyes of the world today.

But the government does not say anything about it. Therefore, the President should explain his position on the Upali Abeyratne report released by the Commission on Political Revenge as soon as possible.

Also, the judiciary in this country has a great role to play in protecting the independence of the judiciary, safeguarding the rule of law and combating lawlessness. We believe that the judiciary will protect its dignity above all else. Not only the entire people of this country but the whole world is watching today.

Immediate intervention is needed to eradicate corruption and fraud

Large scale fraud and corruption are taking place in broad daylight. Such a situation was never expected under a government that came to power promising a clean government and clean financial control to the whole country. The 69 lakhs of people who gave this government its mandate with great expectations are ashamed today.

However, these are things that should not happen in a country, and should not be allowed to happen in the future. It is the responsibility of the Hon. President to take the lead in punishing these perpetrators. If that does not happen, the confidence of the people of this country in him will be irreparably damaged. He should understand that.

The government can not deny the people an explanation about the daylight robbery that took place while importing sugar.

The COPE, the Finance Committee and the Treasury have also admitted fraud. Now the Auditor General has also started investigations. According to these facts, the government must explain what happened. It is a disgrace to the President as it has been reported that he has also given his approval for this.

We repeatedly call on the President to immediately launch an impartial inquiry into this matter. The people question “If 15 billion is stolen in the first year, how much corruption will there be in the next four years?." This must be understood.

A large number of people involved in this racket are holding various positions in the government. If a proper investigation is conducted, several heads will roll. Some of them may even be allies of the powerful. But to bring disrepute to the Head of State is a great misfortune for the country, the President, the citizens and us.

In the first decade of 1980/90 I was the Chairman of the Sugar Importers and former Deputy Speaker Ananda Kumarasiri represented the manufacturers (Pelawatta, Kantale, Sevanagala). Working in collaboration with the Ministry of Trade and the General Treasury, we launched a monthly reduction in import duties to develop the local sugar industry.

At that time we were able to import imported sugar for around Rs. 3,000 less than Sri Lanka. The government was involved in developing the local sugar industry. The government imposed a profit of five cents on importers and manufacturers. We did that very systematically. But there seems to be a major irregularity in this transaction.

Today, a huge environmental catastrophe is taking place in this country which is unprecedented in the entire history of the country. It is impossible to even imagine the possible consequences. Today, the environment is being destroyed on a large scale in almost every province, in every district and in every divisional secretariat.

As leading government officials such as Government Agents and Divisional Secretaries have informed us, according to the information being provided, there is significant political meddling behind all these environmental disasters.

As a result, those officials are now powerless. Wearing a suit with self-respect and helpless to the point of not being able to do duty. On top of that, this catastrophe has escalated to the point where they are facing various threats today.

The situation could be even worse if the President does not intervene personally. Also, the government should pay special attention to the human-elephant conflict which has increased more than ever today. An immediate action plan should be formulated to protect the elephant resource of this country along with a proper programme to compensate the farmers affected by crop damage.

One suitable course of action is to create a dedicated Presidential Task Force for the same purpose. We hope that the President will pay attention to that as well.

It seems that the entire public service is being manipulated by politicians, destroying the prestige and dignity of the public service in this country. An attempt is being made to remove competitive examinations for the recruitment of officers to the Public Service from the Department of Examinations and to hold them under the Ministry of Public Administration.

It is also unfortunate to note all the harassment and embarrassment top officials in the public service have had to face. The Minister in charge of the subject is not aware of the removal of Dr. Amal Harsha de Silva from his post in the Ministry of Health. Also, the removal of Dr. Palitha Abeykoon from the post of Director of the Drug Regulatory Authority of Sri Lanka is a similar situation. He is a scholar who has earned a reputation in this country internationally.

He is also one of the six chief advisers to the WHO. At one point he had the opportunity to be promoted to a top position in the World Health Organization. However, due to the weak policies of the then government, the post was taken over by another country.

In such a situation, will there talented people be left in the public service? We believe that the attention of the Hon. President should be drawn to this as well.

Finally, I would like to draw your attention to another incident. It also shows the direction of decline in this country.

It is reported that the police have questioned a girl who participated in the Lakshapathi programme aired on Sirasa TV recently. The reason she is being questioned is because she had mentioned about the environmental destruction taking place in the area where she lives.

The operation depicts an operation by Hitler's Nazi Gestapo in the 1940s. It is a stern warning to the people of this country. The ultimate responsibility for this action rests with the President.

If a journalist or an ordinary girl is harassed just for criticizing, it is a situation that should be severely condemned. In fact, the police or wildlife officers or the Grama Niladhari should have listened to what she had to say. They should have worked to find out about the issues she raised without harassing her. The police should not do that. The IGP must act immediately to protect the dignity and honor of the police.

Before concluding this press conference, I would like to emphasize one thing again. In the National Movement for Social Justice, we made these points in good faith. All these issues are being raised by the educated members of our organisation.

These matters are referred to the Hon. President with the utmost responsibility. He can find out about these or throw them in the trash. But I would like to mention that these are opinions also expressed by a majority of this country’s people," Jayasuriya said.